BluSmart, an electric ride-hailing platform, announced that it secured ₹510 million (~$6.89 million) in its pre-series A funding round from multiple investors.

The Gurgaon-based company said that the new investments would be utilized to expand its fleet of electric cars on the platform and to install charging infrastructure. The fund would also be used for technological improvements and to enhance the geographical footprint of the company.

“Electric mobility is the next big thing in India. We are also looking at augmenting the electric vehicle uptake by expanding fast electric car charging infrastructure for an easy charging practice,” said Punit K Goyal, Co-founder of BluSmart Mobility.

The company, which provides electric mobility service in the Delhi National Capital Region, said it is in talks to raise venture debt. In September 2019, the company said it had raised $3 million (~₹221.69 million) in seed funding.

Several startups in the EV sector have secured funding in the last year, and this is encouraging for the adoption of EVs in the country. The automotive industry is witnessing a paradigm shift with the introduction of new technologies, and the startups are playing their part in driving this change.

There is plenty of funding activity in the Indian electric mobility space.

Recently, Mumbai-based electric vehicle startup Earth Energy EV announced that it received an undisclosed amount of seed funding. The company plans to use the funds to facilitate the launch of three vehicle models, which it has been working on. 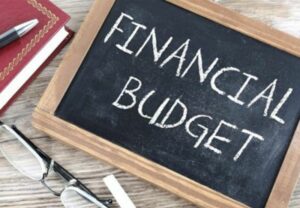