The industry expects battery costs to come down this year 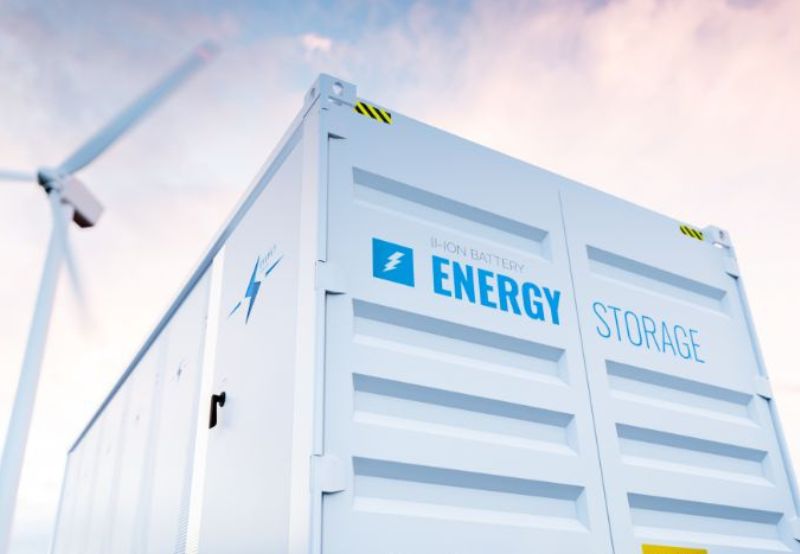 India installed a record 10 GW of solar in the first nine months of 2022 alone, bringing the cumulative capacity up to 60 GW. The country also has a cumulative wind energy installation of ~42 GW as of September 2022.

The energy storage systems perform the dual role of storing and supplying RTC power and maintaining grid stability by ensuring controlled power injection into the grid.

Although energy storage in India is still in the early stages of development, storage sector stakeholders are optimistic about the way forward and expect the government’s support for the rapid adoption of storage systems.

Harendra Tomar, Leader of Business Development at Sungrow Power, said, “To cater to the upcoming renewables capacity, huge investment in transmission network upgradation is required. Also, the low gestation period of solar and wind projects and the high gestation period in transmission development creates another challenge. The immediate solution for these challenges is to deploy BESS/storage.”

Over the last year, India has issued multiple storage-linked tenders, encouraging bidders to develop the most feasible technologies.

Earlier this year, the Ministry of Power issued guidelines to procure and utilize BESS as part of the generation, transmission, and distribution assets, along with ancillary services.

The Ministry also adopted Energy Storage Obligation as a part of its new Renewable Purchase Obligation Policy launched in July.

A senior executive from a multinational conglomerate said, “Last year, we witnessed structural changes for energy storage in terms of legal status, storage guidelines, delicensing of BESS services, the inclusion of energy storage in ‘Harmonized Master List of Infrastructure,’ special provisions in general network access, suitability of storage in new Deviation Settlement Mechanism (DSM) regulation, ancillary market evolution, and new RTC definition. All these major changes have given enough wings for self-sustainability of the energy storage market in upcoming years.”

Central Electricity Authority estimated that the installed base capacity of energy storage by 2029-30 can grow to 27 GW of battery storage (four hours) and 10 GW (six to eight hours) of the pump storage system.

According to a report by Wood Mackenzie, India led the corporate renewable procurement market in the APAC region by procuring 8.1 GW of capacity in the first half of 2022.

According to Tomar, in India, the challenge of the adoption of energy storage specifically for battery storage is on two fronts: one is the adoption of technology, and another is commercial affordability.

“At present, the price is on a higher level for India-specific financial models, but they are expected to come down in the coming years. Government’s efforts to make it happen is visible in RTC and hybrid tenders in the last two years, and some of the projects are already under execution,” he said.

According to a BNEF report, average prices for lithium-ion battery packs across all sectors have risen for the first time since 2010 to $151/kWh in 2022, a 7% rise from the year before.

The senior executive noted that BESS technologies are at different stages of their lifecycle, while some are at a mature stage and others remain in the initial R&D stages.

However, Dubey said that the cost of battery storage must be evaluated against all the value it adds to the overall system, including the reduced risk.

“CERC’s order last year prices on power exchanges had to be capped at ₹12 (~$0.15) /kWh, including the green day ahead market, because of the increase in demand and floor prices ranging way above the usual prices. This shows the willingness of the DISCOMs to pay that price for reliable peak-hour energy, which matches the prices realized with battery energy storage projects. The tariff discovered in the SECI bid concludes that the prices are below the capped energy exchange prices,” Dubey said.

Despite obvious challenges, the government’s policies and increasing demand for RTC power will likely ensure that investments and technological improvements will only pick up pace this year.

“We are seeing a wide acceptance of BESS by all the segments like residential, C&I, and utility-scale. Currently, it is very difficult to forecast any reduction in the cost of battery cells, which makes up for approximately 80—85% of the BESS project cost, as there is a global supply-demand gap. But, in the coming years, it is expected that the price of lithium-ion and other raw materials should come down and affordability in India will increase,” Tomar said.

However, the executive said that while the government has brought in progressive regulations for the sector to grow, the impetus for accelerated adoption would come from financial support in terms of tax exemptions (custom duties, GST, etc.) and initial capital subsidy in the form of viability gap funding or performance-linked incentive.

Dubey hoped that the government’s backing to the sector would mirror what the solar and wind sectors received during their infancy.

The government’s projects need 51 GW of five hours BESS by 2030, which means India needs to add approximately 6 to 7 GW every year for the next eight years, but the boost in adoption can materialize if government support materializes through exemptions.