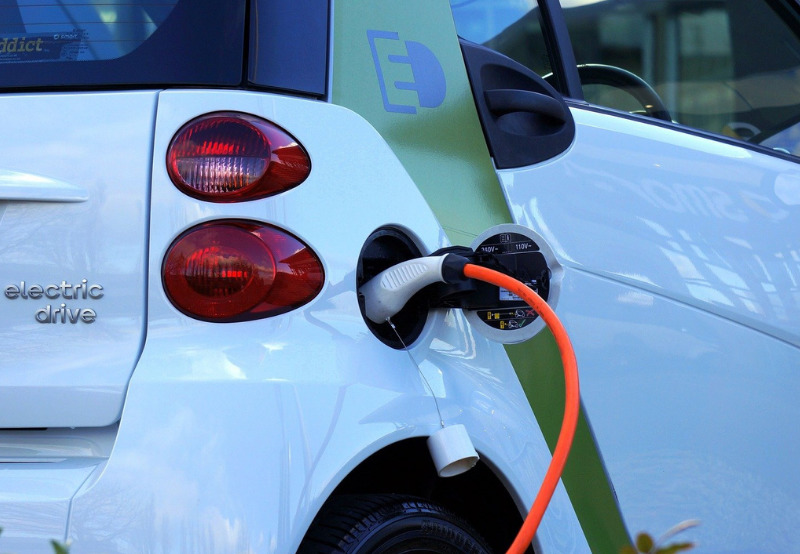 The Indian electric vehicle (EV) industry is expecting favorable announcements as the Union Finance Minister, Nirmala Sitharaman, is set to present that Budget 2022 on February 1.

Last year proved that EVs are no longer a temporary trend restricted to specific demographics but are the way forward. As of November 25, 2021, over 165,000 electric vehicles (EVs) have been supported through demand incentives of ₹5.64 billion (~$75.36 million) under the second phase of the Faster Adoption and Manufacturing of Electric Vehicles (FAME)-II program.

In order to enhance its reach, critical funding alongside policy-driven subsidies have a significant role to play.

The Ministry of Power (MoP) recently issued ‘Charging Infrastructure for Electric Vehicles Guidelines’ to accelerate the e-mobility transition in the country.  Among many issues, these guidelines have helped fix the timelines for providing grid connectivity for the installation of public charging stations, a significant step towards setting up the charging infrastructure with ease.

The EV industry is eagerly awaiting the Union Budget 2022 to provide a roadmap set by the government for the sector’s advancement.

Mercom India spoke to stakeholders to understand their expectations from the upcoming budget.

Cutting down on GST

Vivekananda Hallekere, Co-founder and CEO of Bounce, believes that an improved duty structure would certainly help EVs to increase their share in the overall automobile market. Hallekere, while welcoming the 5% Goods and Services Tax (GST) levied on EVs, is skeptical about the GST rates on charging infrastructure, services, and batteries. He argues that the current GST of 18% needs to be looked into.

Akash Gupta, Co-founder and CEO of Zypp Electric urges the government to reduce GST on EV purchases and rentals from 5% to 2%. He maintains that a reduced GST would allow consumers to shift to EV smoothly. He also said the finance ministry could reduce taxes levied on consumer loans for EVs. He claims that GST reduction and tax benefits would play a crucial role in making EVs accessible to everyone.

Nishchal Chaudhary, the founder of BattRE Electric Mobility, says, “There has been a huge push from the government to increase proliferation of electric vehicles in India, and we already see the results of that. As an OEM, the only support I can propose in Budget 2022 is to reduce GST on lithium batteries to 5%. It is the biggest cost component in an EV, and it still attracts 18% GST.  It will be a revenue-neutral intervention, as the final GST outlay on EV is 5% only due to an inverted tax structure. It will not only ease the working capital for OEMs but will also help speed up the evolution of EV ecosystem in India.”

Raj Mehta, Founder of Greta Electric Scooters, argues that due to the current dependence of the EV sector on imports, a reduction in import duties and GST would be a welcome relief. He believes that reducing GST on components meant to be used in the production of EVs would be the first of many steps to help bring down the cost of production and prices of EVs. He also says that easing the GST refund process would help improve operations efficiency.

Arun Vinayak, Co-founder, and CEO Exponent Energy claims that the inverted tax structure where EVs are taxed at 5% and battery packs alone at 18% places several constraints on new OEMs and the development of new models like battery-as-a-service.

Tarun Mehta, Co-founder, and CEO of Ather Energy argues that while building most of the EV ecosystem in India, most startups are ineligible for the Production Linked Incentive (PLI) program. He believes there is a need to be inclusive in this approach as startups would help open more opportunities for the industry to help drive growth and innovation in the sector.

In its statement for budget expectations, the Society of Manufacturers of Electric Vehicles (SMEV) maintained that the PLI program certainly has incentives for the large players. Still, it does create an unfair price disadvantage for small and medium-sized EV players in the industry who are not qualifying for the incentives under the aegis of the program owing to their size, turnover, and backgrounds. Hence, SMEV hopes the government will create a level playing field through amendments in the program so that small and medium EV players, including all the pre-existing and new players, can also participate.

Raj Mehta believes that the PLI program complements the FAME program well, encouraging companies to develop new technologies needed to grow and evolve. He says the program’s recent induction of 115 automobile and automobile-related ancillary companies promises increased localization and accelerated investments in the EV ecosystem – a much-needed support system to enable our growth story. However, he still feels the subsidies here should be relooked at to get more entrepreneurs in the fold.

Vinayak believes that the government has rightly introduced the PLI program to foster domestic production of Li-ion cells but setting up a cell manufacturing ecosystem will take at least 3 to 5 years. In the interim, he argues that reducing import duties on Li-ion cells would greatly benefit EV startups to make EVs affordable and spur consumer demand.

Tarun Mehta believes that a critical aspect of driving faster EV adoption is the charging infrastructure development to boost consumer confidence. He states that incentivizing EV charging stations in existing residential areas, housing complexes, and commercial establishments will go a long way in setting up the infrastructure.

Hallekere claims addressing the range anxiety among users is one of the prerequisites to accelerate the adoption of EVs in the country. He said, “In line with the tax credit systems available in other countries like the US, business owners willing to provide their properties for installing charging infrastructure should be incentivized with tax credits. The benefits in some of these countries can go up to 30% of the cost of purchase and installation of the EV equipment. Additionally, this benefit can be extended to residential and commercial building owners to install chargers in garages and private parking. For corporates, investing in charging infrastructure can be treated as CSR activity.”

Raj claims the lack of an efficient charging station infrastructure and battery supply, which is currently heavily dependent on imports, are two growth bottlenecks for the sector. He argues that the government should help with solutions to clear this bottleneck and pave the way for EVs’ acceptability.

While praising the nodal and state-level delegation constituted for charging station deployment, Vinayak claims infrastructure spending aid for DISCOMS to support EV charging will accelerate the deployment of charging stations across the country.

Tarandeep Singh Ratra, Co-founder of Charge City, said, “We look forward to demand-side incentives for EV chargers for 4-Wheeler EV segment, especially to encourage setting up of chargers at multi-family residential societies. Also, supply-side incentives to manufacturers in the form of tax holidays will enable more manufacturers to come out with EVs in India.”

Pravin Kumar, Co-founder and COO goEgoNetwork, feels that the government is pushing many policies around the EV industry. Still, for an EV infrastructure company, there is a clear need for special benefits on manufacturing, more support in expediting certification processes where backlog is sometimes even six months (or more), and special funds subsidies that startups can access to expedite research and development of product lines. He stated, “Apart from policies, it is important to make sure that there is a robust, reliable, and well spread charging infrastructure deployed in the country for EVs to become mainstream. We have to start walking the talk.”

SMEV argues that unless there are innovations in EV batteries, we might end up again depending on crude oil. The current level of research is abysmally low, diluted, and scattered. SMEV argues government could allocate sufficient funds for R&D in a public-private partnership mode with a time-bound objective to create EV batteries that are less dependent on offshore minerals and best suited to the Indian condition.

Mohal Lalbhai, founder and CEO of Matter, maintains that the revision of the FAME II subsidy condition of ₹150,000 (~$2,011.31) on the ex-factory price of the EV on which a subsidy is applicable to the consumer is a five-year-old price point. He further added, “Finally, a reduction in customs duty on Lithium-ion cells would help local component manufacturers in scaling up the production thereby further reducing the overall upfront costs of battery production and the cost of acquisition for EV’s in India, thus creating the path towards achieving clean energy goals.”

SMEV argues that the government could put EVs in the priority lending sector to help citizens afford EVs at lower interest rates. SMEV also argues for including a clean air campaign in Swatch Bharat.

It believes a dedicated budget could be allocated for the “Clean Air” campaign.  According to SMEV, the campaign can raise massive awareness about electric mobility and influence customer attitudes toward adopting electric mobility, thereby making India less polluting.

With the Charging Infrastructure guidelines implementation and the recent advancements in the PLI program as the preface of the upcoming budget, the industry is expecting further incentives and a policy push to build an efficient EV ecosystem.