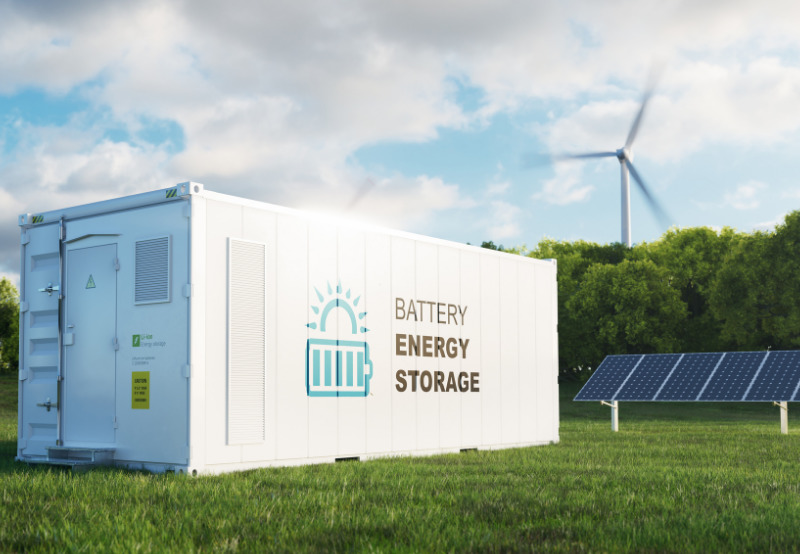 India has been making strides towards achieving the social, economic, and environmental goals covered under SDGs. The NITI Aayog SDG India Index is the world’s first government-led sub-national measure of SDG progress. It has been developed to capture the progress of all states and union territories (UTs) in their journey towards achieving the SDGs.

NITI Aayog SDG India Index (2020-21) computes goal-wise scores on the 16 SDGs for each state and UT. The goals include affordable and clean energy (SGD7), among other parameters. The states are ranked from zero to one hundred, with hundred being the highest achiever.

India submitted its Nationally Determined Contribution (NDC) under the Paris Agreement on a “best effort basis,” keeping its developmental imperatives in mind. India committed to reducing the emission intensity of GDP by 33 to 35% by 2030 compared to the 2005 level. India also pledged to create an additional carbon sink of 2.5 to 3 billion tons of CO2 equivalent through additional forest and tree cover by 2030. The country aims to install about 40% cumulative power capacity from non-fossil fuel energy resources by 2030.

Against these targets, India’s third Biennial Update Reports (BUR) submitted to the United Nations Framework Convention on Climate Change (UNFCCC) in 2021 reports that during 2005-2016, the country had reduced the emission intensity of its GDP by 24%. According to the India State of Forest Report 2021 released in January 2022, the total carbon stock in the country’s forests is estimated to be 7,204 million tons. The carbon stock in the forest has increased by 79.4 million tons compared to the last assessment of 2019. According to the Central Electricity Authority, as of December 31, 2021, the share of non-fossil sources in electricity generation was 40.20%.

RBI has included three components of PM-KUSUM under priority sector lending guidelines to ease the availability of finance. As of December 31, 2021, over 77,000 standalone solar pumps, 25.25 MW of solar projects, and over 1,026 pumps were solarized under individual pump solarization variants.

Implementation of feeder level solarization variant under component C, which was introduced in December 2020, has also started in several states.

Riding on the heels of the Rooftop Solar program Phase-II, a cumulative 5.87 GW solar rooftop project has been set up in the country.

Phase-III of the Off-Grid Solar PV Applications Program for solar street lights, solar study lamps, and solar power packs was available until March 31, 2021. Until December 2021, over 145,000 solar streetlights were installed, 914,000 solar study lamps were distributed, and about 2.5 MW solar power packs were set up as reported by state nodal agencies.

To facilitate large-scale grid-connected solar power projects, a program for “Development of Solar Parks and Ultra Mega Solar Power Projects” is under implementation with a target capacity of 40 GW capacity by March 2024. So far, 50 solar parks have been approved with a combined capacity of 33.82 GW in 14 states. Solar power projects of an aggregate capacity of around 9.2 GW have already been commissioned in these parks.

In November 2021, the Hon’ble Prime Minister launched the joint Green Grids Initiative One Sun One World One Grid (GGI –OSOWOG) at the World Leaders’ Summit in Glasgow. It aims to create a globally inter-connected green grid, building upon existing regional grid infrastructure, which will enable solar energy generation in regions with high potential and its evacuation to demand centers. A joint GGI-OSOWOG Secretariat is being planned to be established at the International Solar Alliance (ISA) Secretariat to mobilize political support and render technical support for the initiative.

India’s call for promoting disaster resilience of infrastructure through the Coalition for Disaster Resilient Infrastructure (CDRI) has been receiving global attention. Since CDRI’s launch in September 2019, its membership has expanded to 28 countries and seven multilateral organizations, with several member countries committing to provide technical assistance and financial resources. In addition to India’s seed funding of $70 million, the United Kingdom, United States, and the Netherlands have pledged £1 million, $9.2 million, and €100,000 respectively for CDRI’s programs.

Last year, at the COP26 Summit, Prime Minister Narendra Modi announced India’s aim to become a net-zero economy by 2070 and set a target to install a non-fossil energy capacity of 500 GW by 2030.

India is actively contributing to the global efforts towards green finance. Reserve Bank of India (RBI) joined the Central Banks and Supervisors Network for Greening the Financial System (NGFS) as a member on April 23, 2021, and has begun participating in the workstreams of the NGFS. On November 3, 2021, RBI published a ‘Statement of Commitment to Support Greening India’s Financial System – NGFS.’ RBI committed to exploring how climate scenario exercises can be used to identify vulnerabilities in RBI supervised entities’ balance sheets, business models, and gaps in their capabilities for measuring and managing climate-related financial risks, among other initiatives.

India is also a part of several bilateral and global sustainable finance initiatives. RBI is a member of a Task Force on Climate-related Financial Risks set up by the Basel Committee on Banking Supervision and the International Platform on Sustainable Finance. The latter is a forum of public authorities from 17 countries, which is working on Environmental, Social and Governance (ESG) Disclosures and a Sustainable Finance Taxonomy. In October 2021, RBI was also featured in the first Annual Report on Sustainable Financial Regulations and Central Bank Activities published by the World Wide Fund for Nature.