Since December 2017, MSEDCL has floated tenders with a total capacity of 14,459 MW 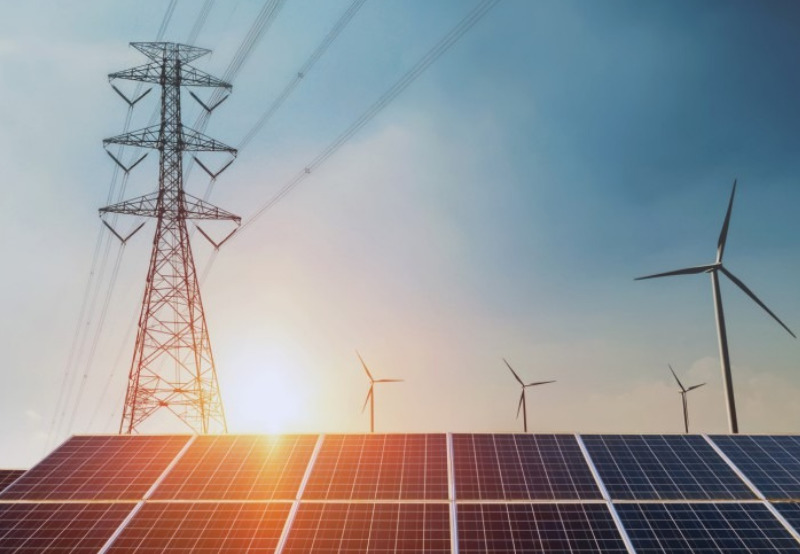 It also allowed MSEDCL to continue its efforts to fulfill its RPO targets, including the procurement of renewable energy certificates (RECs) at regular intervals.

MERC noted that the issues related to the Mukhyamantri Saur Krishi Vahini Yojana (MSKVY) and the bagasse-based co-generation projects had been dealt with separately in an earlier order, and so no separate ruling was required.

MSEDCL had requested the regulator not to penalize it for non-compliance with RPO targets given its sustained efforts to procure power from renewable sources. It had also sought revision of the ceiling tariffs from ₹3.15 (~$0.043)/kWh to ₹3.30 (~$0.045)/kWh for tenders floated under the MSKVY program for projects with capacity in the range of 2 MW to 10 MW.

MERC’s permission was also sought to purchase 50 MW of bagasse power with a tariff cap of ₹4 (~$0.055)/kWh and issue tenders with increased ceiling tariffs for new projects and those with expired EPAs. 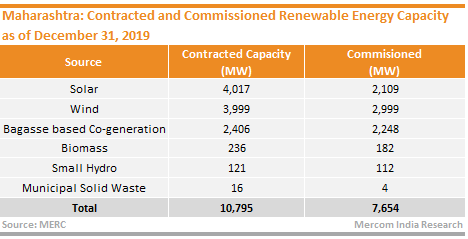 In the case of bagasse-based co-generation projects after the EPAs’ expiry, it proposed to procure power for these projects from FY 2020-21 onwards at the ceiling tariff of ₹4 (~$0.054)/kWh.

In the case of solar projects under the MSKVY program, MSEDCL stated that the existing ceiling tariff of ₹3.15 (~$0.043)/kWh was not viable for the bidders considering the current module prices, size of the projects, increased labor cost, land acquisition rates in Maharashtra, and falling rupee exchange rate.  Therefore, MSEDCL, on January 1, 2020, floated a tender with the ceiling tariff of ₹3.30 (~$0.045)/kWh. MSEDCL proposed to further increase the ceiling tariff for solar projects under the MSKVY program to boost participation.

After considering all the facts, MERC  noted that the projects under the MSKVY program had been dealt with in the earlier order dated December 18, 2020, and no separate ruling was required. It also said issues related to the ceiling tariff of bagasse-based co-generation projects had been dealt with earlier.

On the request for raising the tariff caps, MERC noted that although ceiling rate is one of the deciding factors for bidders to participate in the bidding process, the financial strength of the DISCOM and its track record of payment of generator’s bills were vital factors for a bidder to participate at the given ceiling rate.

“If the DISCOM has a poor record of payments, then the bidder would look for a higher cost to secure itself from the impact of delayed payment. Hence, to attract more bidders, MSEDCL first has to demonstrate good-paying culture towards its contracted generators or provide robust and transparent payment security mechanisms in the bid document,” the state regulator said.

Further, MERC stated that MSEDCL could conduct separate competitive bidding processes for the wind projects with expired EPAs and new projects and cap the ceiling rate to the tariff discovered for new wind projects in Maharashtra or at the national level by agencies like the Solar Energy Corporation of India (SECI).

MERC referred to MSEDCL’s plea not to levy a penalty for non-compliance of annual and cumulative RPO targets until 2022-23 as premature. Any penalty or incentive related to achieving the RPO targets will be dealt with during the obligated entities’ verification process, the regulator said. Until then, MSEDCL is advised to pursue all efforts to fulfill its targets, including REC procurement.

Earlier, MSEDCL had filed a petition before the MERC against RPO regulation. In October 2019, MERC had issued a draft policy announcing its RPO target 2020 to 2025. The solar RPO targets started at 4.5%, going up to 13.5% over five years.