The office of the Directorate General of Anti-Dumping and Allied Duties (DGAD) has sampled the solar modules and cells exported by 17 companies from China, Taiwan, and Malaysia as part of its ongoing solar anti-dumping investigation in India.

In a letter, DGAD stated that the subject goods have been examined or sampled from the countries under investigation. It added that a uniform sampling process was developed for producers and exporters from China and Taiwan as they accounted for the largest share of solar modules and cells imported by India.

Since only five solar module and cell producers from Malaysia responded to DGADs call for data, the agency decided not to adopt a uniform sampling process for them and instead examined each producer individually.

In order to sample the goods from China and Taiwan, the DGAD’s office took into consideration the respondents with the largest percentage of export volumes. DGAD sampled Trina Solar, Canadian Solar, JA Solar, Risen, Hanwha Q CELLS, Tongwei Solar, BYD, Suntech, Hengdian, and Shunfeng from China, as well as Solartech and Motech from Taiwan.

In its letter, DGAD also stated that it will scrutinize and perform a detailed analysis on each producer’s response before determining the individual treatment they will receive.

The sampling and examination exercise was conducted according to terms of Rule 17 (3) of the Anti‑Dumping Rules. That rule states that the designated authority will determine an individual margin of dumping for each known exporter or producer concerned with the article under investigation, provided that in cases where the number of exporters, producers, importers or types of articles involved are so large as to make such determination impracticable, it may limit its findings either to a reasonable number of interested parties or articles by using statistically valid samples based on information available at the time of selection. It also has the option of limiting its findings to the largest percentage of the volume of the exports from the country in question which can reasonably be investigated.

The DGAD’s office initially provided an extension for data submissions and now, after receiving numerous detailed responses, it has invoked Rule 17 (3) of Anti-Dumping Duty to ease the investigation process. 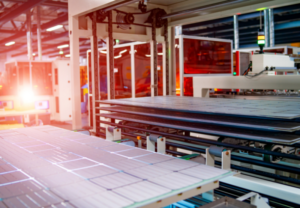