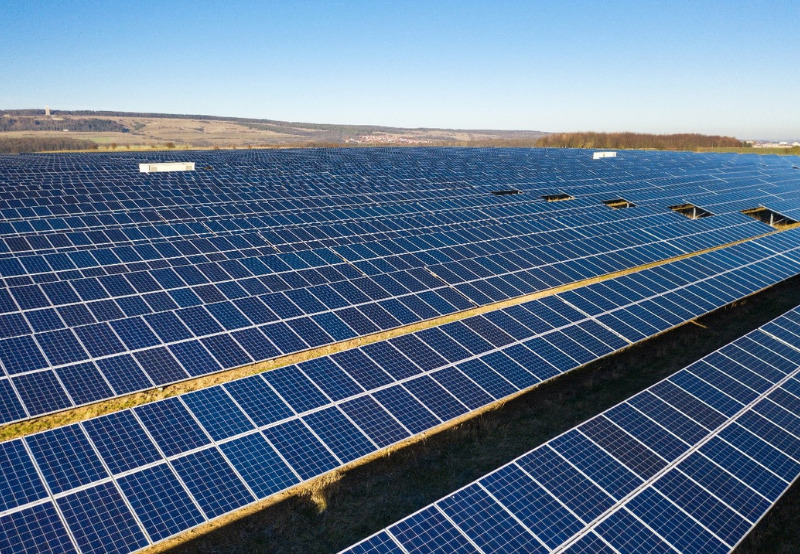 The large-scale solar project development pipeline stood at 52.8 GW, with 28 GW of projects tendered and pending auction at the end of Q2 2021.

The panel discussed both supply and demand challenges for large-scale projects and strategies for growth. The experts discussed their experiences and provided solutions to wade through these challenges. 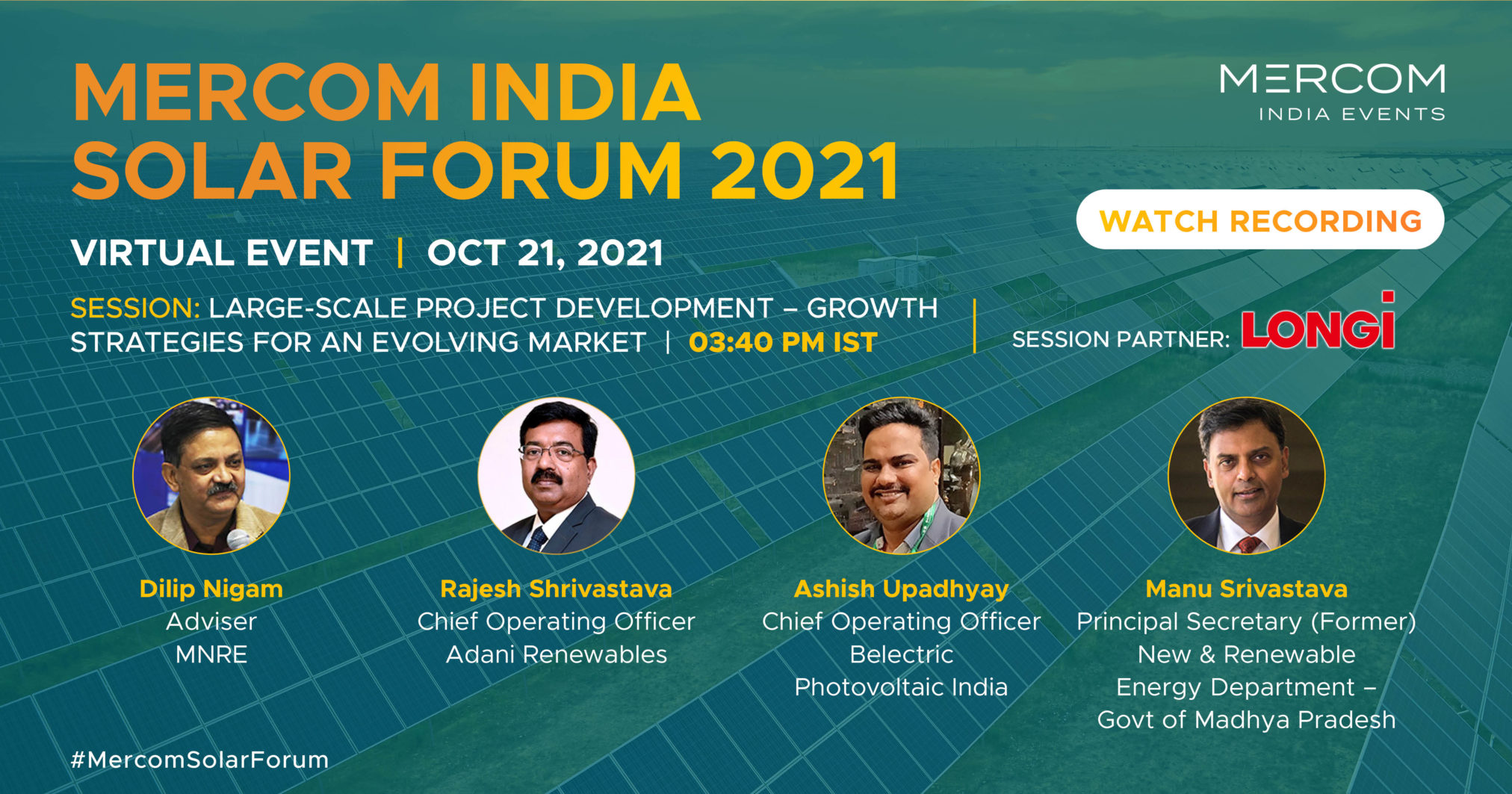 Solar parks to ensure availability of land and transmission infrastructure

Speaking on MNRE’s role in ensuring 300 GW of solar installations by 2030, Dilip Nigam said, “We are not going play only an advisory role in the coming years. We will play a more holistic role in helping the country meet the solar target of 300 GW by 2030. Some of the challenges in achieving the solar target are land availability, availability of transmission system for power evacuation, and guaranteed offtake of power. To promote solar, we have introduced the solar parks program, where we will provide an incentive of ₹0.05 (~$0.0006)/kWh to the host state. We are also promoting floating solar parks. We have a 600 MW floating solar power project coming up at the Omkareshwar dam on the Narmada river in the Khandwa district of Madhya Pradesh.”

“Storage is going to play an important role in the coming years. In Ladakh, we are coming up with a 10 GW solar project with storage. We have also launched the hydrogen mission, which will provide opportunities for solar power development in the country. We plan to develop more solar parks in the country, and nearly 40 GW of solar parks have been approved until now. We are also developing a Green Energy Corridor, where we will have 9,750 circuit km of transmission lines and 22,000 substations. A total investment of ₹100 billion (~$1.33 billion) will go into this initiative, and MNRE will provide 40% of the subsidy,” he added.

Replying to a question on the need for the states to honor the PPAs, Nigam said, “Some of the states are not honoring the PPAs, which is not a good trend, and there are also some states that are applying a wait and watch policy for the tariffs to come down. To cut down on tariffs’ uncertainty, we will introduce an aggregated tariff (calculated based on the weighted average of tariffs discovered in the last six months). It will be modified every six months. The DISCOMs will procure the power at the weighted tariff, and it will be suitable for everyone. The states should honor the PPAs and should not demand for the review of PPAs. This type of behavior by the states is also affecting foreign investments in the sector.”

With the government’s push to procure domestically manufactured components, developers face the added challenge of procuring a large capacity of the latest technology modules at competitive rates.

Rajesh Shrivastava of Adani noted, “Right now, we have nearly 6,000 operational projects, and we have a portfolio size of 9.5 GW. We have nearly 3.5 GW of projects in advanced stages of construction. Land acquisition is a big challenge, not only for us but for every developer. For wind projects, it is a much bigger challenge. We have been facing this for some time. Also, the prices of raw materials have gone up, and the freight charges have skyrocketed. These things, along with the increase in module prices, have made the situation difficult for everyone. The evacuation of power is another area that is of great concern for the developers. For the 390 MW Fatehgarh project, we supported the Power Grid Corporation of India Limited (PGCIL) in constructing the substation and transmission lines. We sometimes deploy our own resources to develop it on time.”

“There is also a need to upgrade technology. For the Khavada wind project, which is located in one of the earthquake-prone zones, we did all the research work to develop a solution. We went to Cambridge University and did a study on the impact of earthquakes on the project. We also do a lot of field testing for the projects, which is a crucial aspect of project development. There’s a need for research for engineering works, and we are adept at it,” Rajesh added.

The demand for large-scale solar projects has been high, but tendering activity has declined as the government has shifted its focus towards manufacturing.

Engineering, procurement, and construction (EPC) is an essential component for the successful implementation of any large-scale project, and it plays a vital role in the cost-optimization of the project.

Sharing his views on the EPC scenario for large-scale project development in the country, Ashish Upadhyaya said, “EPC is an essential aspect of any project development. There is a vast opportunity in India. EPC service providers help in executing the projects and act as a shield to the developers.”

With the shortage of coal stocks and a surge in the power demand, India is looking at an impending power crisis, which will also impact the solar industry.

Shedding light on the impact of the coal shortage on the Indian solar industry, Manu Srivastava said, “The coal shortage has definitely impacted the solar industry. There has been an uptick in demand. In 1H 2021, there has been an increase of 16% in power demand, which is good news for the sector. A holistic approach is needed by the government to provide a stable supply of power. At the national level, hydel and gas-based projects can be used to meet the peak load rather than for baseload. Instead of supplying power to DISCOMs, the government should encourage supplying directly to the consumers – Delhi Metro is a classic example. But that has not been replicated so far.”

Making a case for a multi-sectoral approach going forward to tackle the power crisis, Srivastava stated, “The power crisis has brought to the fore that there is a shortage of power that the DISCOMs have not been willing to accept. Cooking and transportation are two of the sectors which we need to focus on. There should be an attitudinal change, and we should have a multi-sectoral approach, and that can help us move forward and provide an answer to the power crisis.”

Click Here to view a recording of this panel discussion.