Visaka Industries, an Indian cement roofing sheet manufacturer, announced that it had acquired patent rights for ATUM, an integrated solar roof. The company claimed that ATUM could generate 20-40% more power compared to the traditional solar roofs. The company described it as an integrated, seamless solar roof made with poly or mono-crystalline solar cells and cement boards. It also claimed that it is the first solar panel which can be directly used as a roof. ATUM has secured the UL certification as per IEC standards, Visaka Industries noted.

Verizon Communications, a U.S.-based telecommunications company, has entered into four long-term energy purchase agreements to increase its renewable energy capacity up to 840 MW. The company has signed two agreements with Brookfield Renewables for two wind energy projects with a cumulative capacity of 160 MW. The New York-based wind projects are expected to be fully operational in 2021. It also entered two pacts with First Solar for two solar projects with a total capacity of 296 MW currently under development in the PJM Interconnection regional market. Both solar projects are expected to be fully operational in late 2022.

Xpeng, a China-based electric vehicle manufacturer, has announced the pricing of its initial public offering of around 99.7 million American Depository Shares (ADSs), each representing two Class A ordinary shares of the company, at a public offering price of $15 per ADS. The EV manufacturer is expected to raise approximately $1.5 billion of gross proceeds from the initial public offering. The ADSs are expected to begin trading on the New York Stock Exchange on August 27, 2020, under the symbol “XPEV,” and the offering is expected to close on August 31, 2020, subject to customary closing conditions.

Statkraft, a Norway-based renewable energy provider, said that it had signed a long-term power supply agreement for 50 MW with Germany-based Naturstrom. According to the agreement, Statkraft will provide electricity to Naturstrom for 11 years from autumn 2020 to December 2031 from its Germany-based the Bavarian solar park Schornhof project. Statkraft said that it would provide around 600 GW of solar power to Naturstrom.

New-York based utilities Central Hudson Gas, Electric and Orange, and Rockland have launched an electric vehicle charging pilot project in partnership with Uplight and Enel X for New York Hudson Valley utility consumers. The project provides an instant discount of $450 to authorized consumers when purchasing a Wi-Fi-enabled EV charging station on the online market. Further, the company said that the project would empower consumers to charge their EVs during times of the cleanest power generation.

Here is our news wrap-up from yesterday. 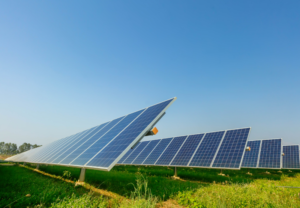