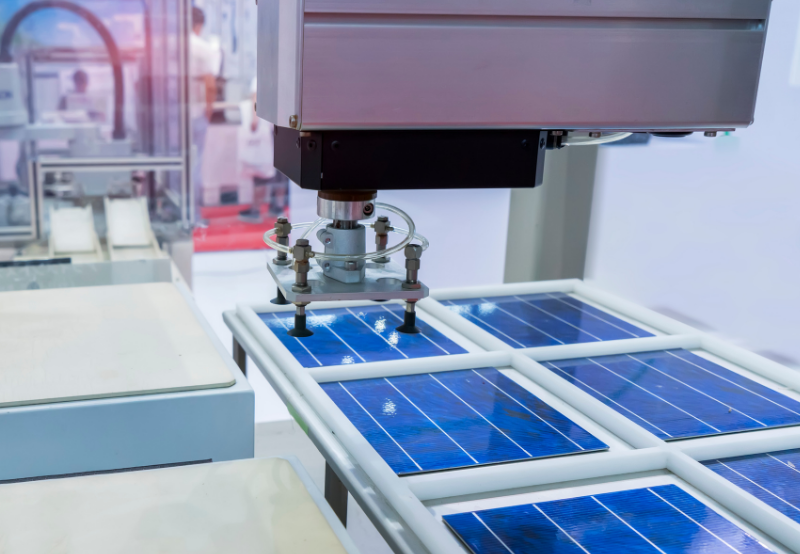 The Ministry of New and Renewable Energy (MNRE) has issued an updated list of models and module manufacturers under the Approved List of Models and Manufacturers (ALMM) order. The new entrants are Wolt Techniques, Redren Energy, Nyalkaran Energy, JJ PV Solar, Premier Energies Photovoltaic, Sri Savitr Solar, Novus Green Energy Systems, Sirius Solar Energy Systems, Tata Power Solar Systems, Integrated Batteries India, Bluebird Solar, and Shanti Solar. There are now 58 module manufacturers enlisted under the ALMM. Only the models and manufacturers included in the list are eligible for government projects in the country, including the projects for the sale of electricity to the government.

The government of India is implementing a program for setting up 50 Solar Parks with an aggregate capacity of 40 GW in the country. The Union Minister for Power and New and Renewable Energy, R.K Singh, provided the details in a written reply to the Rajya Sabha. The parks are meant to provide developed infrastructure to facilitate the installation of solar power projects. Central financial assistance (CFA) of up to ₹2.5 million (~$32,973) for the preparation of a detailed project report and ₹2 million (~$26,378)/MW or 30% of the project cost, whichever is lower, will be provided for the development of such parks under the program.

Kerala State Electricity Regulatory Commission (KSERC) rejected Cochin Port Trust’s petition to allow grid connectivity and net metering facility to India Gateway Terminal’s 830 kW solar project Vallarpadam as there is no provision in the Renewable Energy Regulation 2020 to bank the excess power of a prosumer with Kerala State Electricity Board (KSEBL). The Commission ordered Cochin Port Trust and other licensees who purchase power from KSEBL to settle the energy account of their prosumer under the net metering facility based on KSEBL’s average power procurement cost until further orders.

NTPC announced the signing of an initiative to blend green hydrogen in Piped Natural Gas (PNG) network of Gujarat Gas at NTPC Kawas. Green hydrogen will be produced using electricity from the existing 1 MW floating solar project of NTPC Kawas. This will be blended with PNG in a predetermined proportion and used for cooking applications in NTPC Kawas Township. Initially, the percentage of hydrogen blending in the PNG shall be around 5%, and after successful completion, it shall be further increased.

The Maharashtra Electricity Regulatory Commission (MERC) has rejected Minex Metallurgical’s petition to refund transmission charges levied by Maharashtra State Electricity Distribution Company (MSEDCL) for wheeling of power under open access from its wind project injecting power at 33 kV and drawn at an 11 kV distribution network of MSEDCL. The Commission noted that the generation is directly connected to the 220/33 kV substation, a component of the intrastate transmission network. The Commission also stated that it is not inclined to penalize MSEDCL as it has not violated the provisions of the Distribution Open Access Regulations 2016 or Electricity Act 2003.

The Department of Science and Technology (DST) of India announced the launch of three Integrated Clean Energy Material Acceleration Platforms at the Mission Innovation annual gathering. These platforms are expected to leverage emerging capabilities in next-generation computing, artificial intelligence (AI) and machine learning (ML), and robotics to accelerate the pace of materials discovery up to ten times faster. The platforms constitute a knowledge network of more than 38 elite institutions and 80 research personnel working on next-generation low-cost advanced energy materials. Minister of Science and Technology Dr. Jitendra Singh also announced the funding opportunity of Hydrogen Valley Platform, a global initiative to optimize the hydrogen demand and supply by onsite generation and utilization, utilize the renewable resources effectively, and water excess areas with geographical identity.