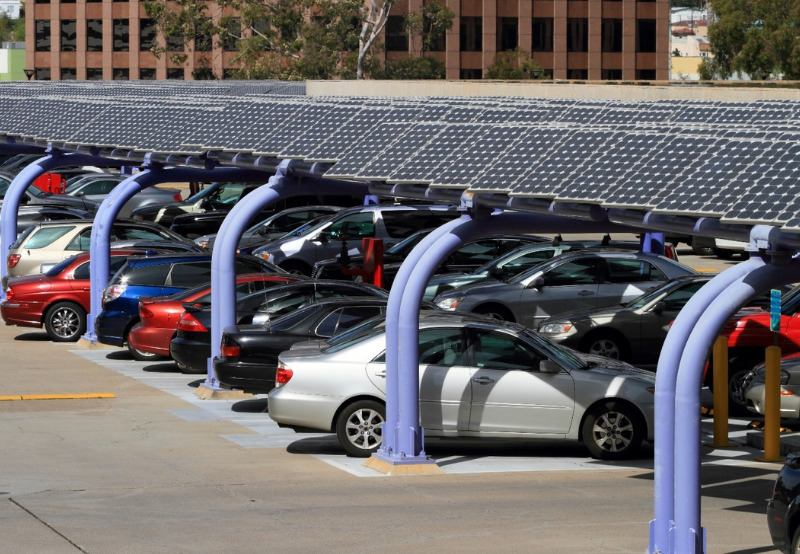 Total Solar Distributed Generation, a division of Total, has completed a 1 MW solar project at Renault Nissan Automotive India’s manufacturing facility in Chennai. The solar system is expected to produce 2.1 GWh of clean energy while reducing 2,000 tons of carbon dioxide emissions annually. The system, which includes the carport structure, will be operated by Total Solar over the contract period of 20 years.

US-based Monolith Materials and Nebraska Public Power District (NPPD) have signed a letter of intent to procure enough renewable energy resources to generate 2,000 GWh annually for facilitating the proposed $1 billion expansion of its Olive Creek facility. NPPD will secure the generation resources, and power to the facility will be delivered by Norris Public Power District, a wholesale consumer of NPPD.

The Asian Development Bank (ADB) and Nur Navoi Solar have signed loans of up to $17.5 million for a 100 MW solar project, which will be the first public-private partnership renewable energy project in Uzbekistan. The financial package for the projects includes loans from ADB and the Canadian Climate Fund for Private Sector in Asia II. The 100 MW project is expected to generate around 258.2 GWh of clean energy while reducing 157,502 tons of carbon dioxide emissions annually. The company will provide its energy output to the National Electric Grid of Uzbekistan under a 25-year power purchase agreement.

Pattern Energy Group has completed financing and started constructing its Western Spirit wind power projects totaling over 1,050 MW capacity and Western Spirit transmission line. The projects, located in Guadalupe, Lincoln, and Torrance counties in central New Mexico, are targeted for commercial operation by the end of 2021.

The Carlyle Group, a US-based global investment firm, announced a strategic growth investment through a $374 million commitment to Amp Solar Group, a Canada-based global energy transition platform. The new investment will help catalyze the continued rapid growth of both Amp Solar’s asset base and Amp X within its core market of North America, Japan, Australia, Iberia, and the United Kingdom.

IL&FS Solar Power, an IL&FS Group company, has paid its entire debt amounting to nearly ₹8.45 billion (~$115.41 million) across all its creditors, including financial and operational debt, tax, and statutory dues. The company undertook the construction and financing of a 100 MW solar power project for Embassy Energy in Bellary, Karnataka. The company had raised secured and unsecured loans for the project, which was commissioned in February 2018.