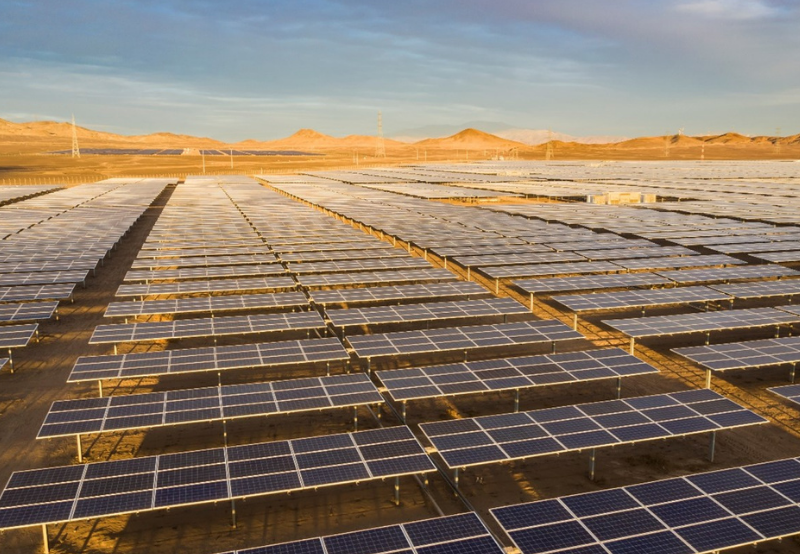 Total Eren announced the commissioning of the 131 MW Tutly solar power project in the Samarkand region of Uzbekistan. The project is located about a hundred kilometers west of the city of Samarkand and was entirely developed by Total Eren. This is one of Total Eren’s first energy projects in the country. The project was initially launched in October 2018, during Uzbek President Shavkat Mirziyoyev’s visit to France. The European Investment Bank (EIB), the European Bank for Reconstruction and Development (EBRD), and Proparco financed the project by allocating loans of €43.7 million (~$44.47 million) and two loans of €21.8 million (~$22.18 million) each. The project is expected to produce 270 GWh per year, enough to meet the needs of approximately 140,000 Uzbek households while reducing CO2 emissions by around 160,000 tons annually.

NTPC Renewables inked an agreement with Gujarat Alkalies and Chemicals (GACL ) to reach its green energy and green hydrogen objectives. The agreement envisions collaborating on renewable energy, green methanol, and green ammonia and exploring the opportunities to supply 100 MW of round-the-clock renewable power. The entities will also look into synthesizing 75 tons of green methanol and 35 tons of green ammonia per day for captive use for producing various chemicals by GACL at its Vadodara and Dahej complex in Gujarat. This development comes in the backdrop of NTPC announcing its green hydrogen initiatives. It plans to build the country’s first pilot projects for synthesizing green methanol, setting up green hydrogen filling stations, green hydrogen blending into PNG, and green energy storage projects.

LG Electronics has secured orders valued at KRW 8 trillion (~$6.11 billion) in the first half of 2022 to deliver its P-OLED in-vehicle infotainment systems to diverse global automakers.LG’s EV component solutions business is rapidly growing based on its three core business sectors, i.e., LG Vehicle Component Solutions Company, ZKW Group, and LG Magna e-Powertrain.In the first half of this year, the value of orders for LG’s advanced EV component solutions surpassed the total accumulated value of all orders on hand as of 2021—KRW 60 trillion (~$45.87 billion), by 13%. The company expects the accumulated orders placed with its EV components business by the end of 2022 will exceed KRW 65 trillion (~$49.70 billion) in value.

Dutch oil giant Shell’s subsidiaries, Shell Nederland and Shell Overseas Investments, said they would build the 200 MW Holland Hydrogen I plant on the Tweede Maasvlakte in the port of Rotterdam. The 200 MW electrolyzer will produce up to 60,000 kilograms of renewable hydrogen daily. The renewable power for the electrolyzer will come from the offshore wind farm Hollandse Kust (Noord), which Shell partly owns. The renewable hydrogen produced will supply the Shell Energy and Chemicals Park Rotterdam through the HyTransPort pipeline. It will replace some of the grey hydrogen usage in the refinery. This will partially decarbonize the facility’s production of energy products like petrol, diesel, and jet fuel.

Vattenfall has announced that its Hollandse Kust West (HKW) bid would involve establishing an offshore hydrogen cluster powered by an offshore wind farm. The project bid includes plans for three wind turbines to be equipped with electrolyzers with a total capacity of 45 MW. The hydrogen produced will be transported via a pipeline to the Port of Rotterdam and fed into the hydrogen network there. Earlier in 2022, Vattenfall was awarded subsidies to develop the world’s first hydrogen turbine off the coast of Aberdeen, Scotland. According to the company, offshore hydrogen production at the source will provide competitive prices and ease pressure on onshore electricity grids.