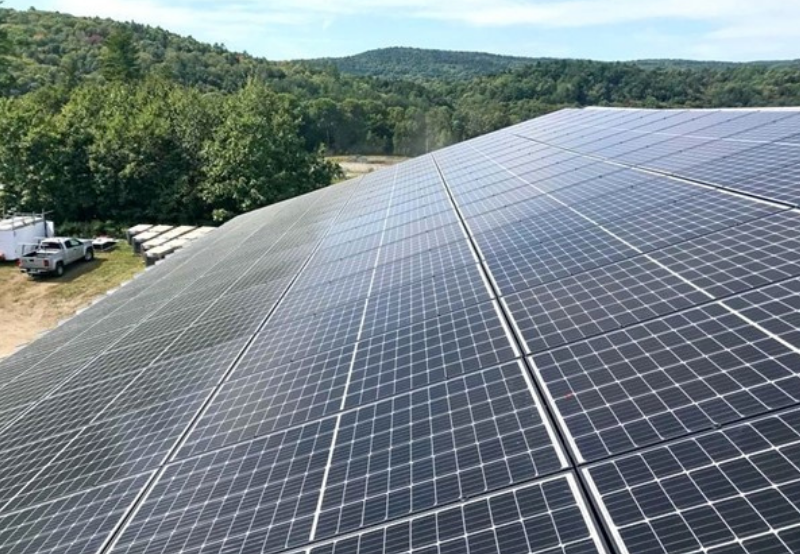 Tata Power Renewable Energy, a 100% subsidiary of Tata Power, commissioned a 120 MW solar project in Mesanka, Gujarat. The project will produce 30,5247 MWh annually for Gujarat Urja Vikas Nigam. About 381,000 modules were used in the project, which is likely to reduce up to 103,000 tons of CO2 emissions annually. A thin-film glass on glass modules of various wattages and harnesses of capacity 440W to 460W have been used in the project.

Union Minister for Power and New and Renewable Energy R.K. Singh signed a Joint Declaration of Intent on the Indo-German Green Hydrogen Task Force. Under the agreement, both countries will establish an Indo-German Green Hydrogen Task Force to strengthen cooperation in the production, utilization, storage, and distribution of green hydrogen by building enabling frameworks for projects, regulations and standards, trade, and joint research and development projects. India and Germany share the common goal of decarbonizing their economies. Both nations are committed to developing a national green hydrogen economy. The common long-term goal is to reduce emissions and protect the environment.

TotalEnergies commissioned a 7 MWp solar installation for an unnamed textile company. With around 14,000 modules installed at the textile company’s manufacturing site in North India, the solar system will generate approximately 12 GWh of electricity per year and reduce carbon emissions by over 7,800 tons annually, equivalent to taking more than 1,500 cars off the road. In addition to reducing its carbon footprint, TotalEnergies’ client will be able to decrease its energy costs with clean energy produced for 25 years without any upfront investments. The company claims it is one of the largest ground-mounted behind-the-meter solar systems in Western India.

Residential energy service provider Sunnova Energy International will be launching an energy plan that will offer new customers a fixed percentage discount on prevailing utility prices and a 25-year market-based rate, regardless of volatile energy costs. While the discount percentage will vary by market and utility, Sunnova customers selecting this plan will receive the same discount percentage versus their local utilities’ prices over the life of the contract. The market-based rate will be a new solar rate option within Sunnova’s Easy Plan power purchase agreement. Unlike traditional solar plans, where a customer’s rate is set at the contract and often escalates annually, the market-based solar rate will move with the market. Sunnova will monitor utility prices annually and proactively adjust its customers’ pricing to the targeted discount percentage rate for that year. This will enable customers to produce clean, reliable energy right from their rooftop while also paying a lower price than the utility’s, with confidence that their annual price is being adjusted to help them avoid volatility in the market.