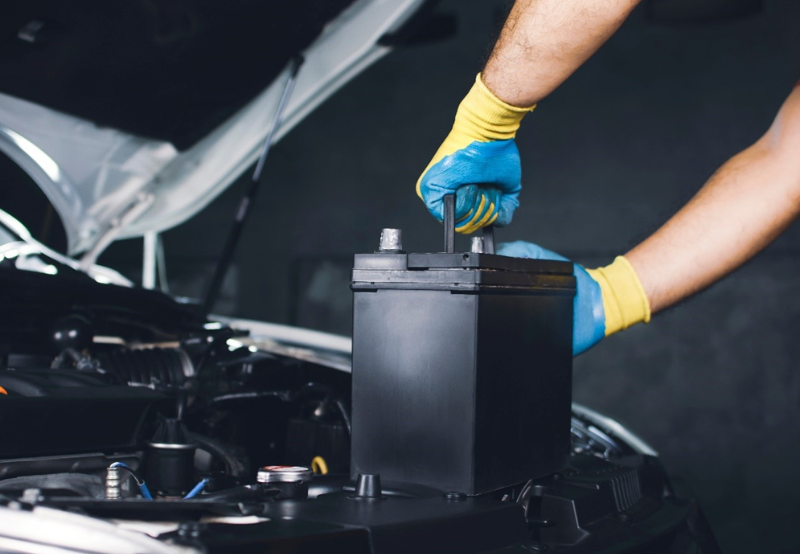 SUN Mobility, an electric vehicle (EV) infrastructure and services company, announced the launch of its battery-swapping network for electric vehicles in Mumbai, Maharashtra, in collaboration with Amazon India. With the first set of stations placed at Amazon’s sites in Mumbai and Pune, SUN Mobility plans to deploy over 2,000 battery swapping points across Maharashtra by 2025. These swapping points would support over 200,000 electric two- and three-wheelers and are expected to clock over 3,00,000 swaps daily. This infrastructure is expected to create 3000+ direct employment opportunities and support over 200,000 self-employed / fleet-employed EV users. The EV operations supported by the SUN Mobility Swap Point network are expected to reduce vehicular CO2 emissions in the state by 3,00,000 tons per annum.  Out of this expansion, SUN Mobility plans to deploy over 100 swap stations in Mumbai and followed by Pune in this financial year (FY22-23). This network will support over 4,000 EVs (two-wheeler and three-wheeler for goods and passengers) in these two cities.

Indian Oil and the Ministry of Petroleum and Natural gas have developed an indigenous solar cooktop called Surya Nutan, a stationary, rechargeable, and always kitchen-connected indoor solar cooking device. It is a patented product designed and developed by Indian Oil R&D Centre, Faridabad, and offers an online cooking mode while charging through the sun. This maximizes the system efficiency and ensures high utilization of energy from solar. The device works in a hybrid model, i.e., it can simultaneously work on solar and auxiliary energy sources to operate in all weather conditions. The insulation design of Surya Nutan minimizes radiative and conductive heat losses. The product cost is around ₹12,000 (~$153.22) for the base model and ₹23,000 (~$293.67) for the top model.

Energy company RWE and steel producer ArcelorMittal signed a memorandum of understanding to develop, build and operate offshore wind farms and hydrogen facilities that will supply the renewable energy and green hydrogen required to produce low-emissions steel in Germany. The partnership centers on driving the production of carbon-neutral steel, with a plan to replace coal with wind power and green hydrogen as the primary energy source in steel production at ArcelorMittal’s steelmaking sites at Bremen, Hamburg, Eisenhüttenstadt, and Duisburg in Germany. RWE and ArcelorMittal are assessing options for joint participation in tenders for offshore wind farm sites in the North Sea. RWE and ArcelorMittal also want to work together on the development of green hydrogen by jointly looking for areas where electrolysis plants can be built to supply the steel production sites in Bremen and Eisenhüttenstadt, starting with a 70 MW pilot plant by 2026 with the clear intention to increase to Gigawatt-scale projects in the long term – subject to the approval of public funding.

Rivian, a U.S.-based EV company, announced plans for a large-scale wind turbine at its Normal manufacturing campus to provide clean energy to enable new R1 vehicles to be powered by renewables for their first charge. Earlier this year, at the plant’s outbound charging yard, Rivian installed a 783 kW solar canopy scheduled to generate electricity later this summer. The wind turbine project supports the company’s long-term renewable energy vision of developing high-impact projects that reduce its carbon footprint while benefiting customers, communities, and the electrical grid. The turbine is designed for a capacity of at least 2.8 MW and to generate nearly 10 million kWh of electricity annually – enough to power 890 average U.S. homes. Over its 25-year lifetime, it could avoid around 177,000 tons of carbon dioxide equivalent emissions – the equivalent of taking roughly 34,000 internal combustion engine vehicles off the road for one year.