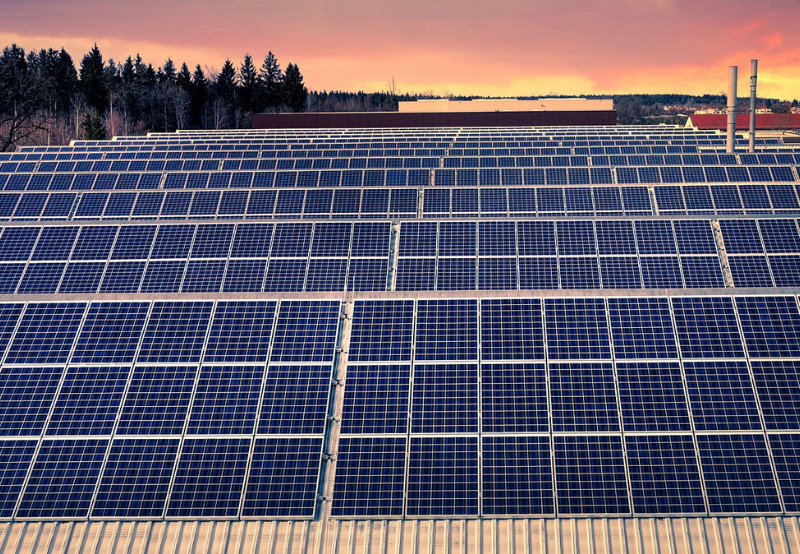 ACWA Power, a Saudi Arabia-based independent power producer, has selected Sterling and Wilson to develop the 200 MW Kom Ombo solar project in Egypt following the withdrawal of Mahindra Susten, a subsidiary of the Mahindra Group. Sterling and Wilson is expected to develop a solar project made up of two-sided solar panels after signing an agreement, which should be signed before the end of this year. ACWA Power will sell the generated energy to the Egyptian Electricity Transmission Company under a 20-year power purchase agreement (PPA).

NTPC Vidyut Vyapar Nigam (NVVN), a wholly-owned subsidiary of  NTPC Limited, has launched the Green Charcoal Hackathon to advance technology development. NVVN, in partnership with EESL, organizes the hackathon to leverage innovative Indian minds to bridge the technology gap with a prime objective to clean the air by eliminating farm fire, producing renewable energy out of the agro residue, and to promote local entrepreneurship. The event was inaugurated by R.K. Singh, Minister of New and Renewable Energy. To encourage participation in the event, there was a provision for cash prizes worth ₹2.4 million (~$ 32,527) for various categories.

Tamil Nadu-based Solavio Labs, a startup incubated at AIC Raise incubator, has been selected for acceleration in the 2020 winter cohort by a Canadian accelerator, Energia Ventures. Apart from mentoring, programming, and business support, all cohort participants will receive funding from the New Brunswick Innovation Fund to help scale their startups. Solavio is a startup that designs, develops, and manufactures autonomous solar panel cleaning bots, semi-auto bots, and motorized handheld brushes for cleaning solar photovoltaic panels.

Core Development Group, a Canada-based solar energy developer, said it offers a zero-cost PPA with ten years of free energy for companies and non-profit entities in New Jersey and Washington D.C., United States. The zero-cost PPA is a no up-front and no-cost-energy offer for non-profits and commercial electric consumers in Washington D.C. and New Jersey. Core Development will assess consumers’ facilities for feasibility and offer a design-build-own-operate contract with building owners for ten years of free energy.

The Ocean Renewable Energy Action Coalition (OREAC) has published ‘The Power of Our Ocean’ report as a guiding document for countries to accelerate offshore wind development to achieve the coalition’s vision of 1,400 GW of offshore wind capacity by 2050. In its report, OREAC outlines a roadmap to support the sustainable scale-up of ocean-based renewable energy and five fundamentals, including stable policies, pipeline visibility, resourced institutions, to grow an offshore wind market. The report finds that if the 1,400 GW vision is achieved, this can save $1.88 trillion in pollution-related public health costs – an area currently strained by the COVID-19 pandemic.

LG Chem has launched its battery company LG Energy Solutions. The newly launched company plans to achieve 30 trillion South Korean won (~$ 27.23 billion) in sales by 2024. The company’s expected revenue for this year is anticipated at 13 trillion South Korean won (~$ 11.79 billion). For this, the company plans to expand investments at the right time and place to strengthen its business competitiveness and lead the market using advanced process technologies.

Enel and Eni have joined hands to develop green hydrogen projects. Both companies plan to produce green hydrogen through electrolyzers powered by renewable energy. The electrolyzers will be located near two of the Eni refineries. Each of the two pilot projects will feature an electrolyzer of around 10 MW and are expected to start the production of green hydrogen by 2022-2023. Enel plans to increase its green hydrogen capacity up to over 2 GW by 2030.

The Federal Network Agency of Germany Bundesnetzagentur announced the successful bids of the first round of tenders to reduce coal-fired power generation under the Coal Power Generation Ending Act. The tendered amount of 4 GW was oversubscribed as the agency accepted 11 bids with a total capacity of 4.78 GW. The largest successful bid has an output of 875 MW, and the smallest has an output of 3.6 MW. The bid values of the successful bids range from €6,047 (~$ 7,281)/MW to €150,000 (~$ 180,612)/MW. The total amount of the bids is around €317 million (~$ 381.69 million).