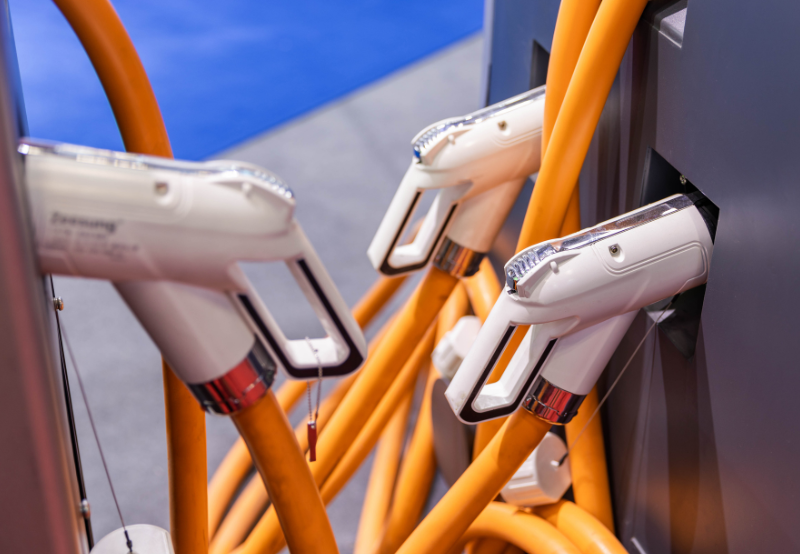 LG Electronics announced the acquisition of the South Korean EV charger solutions provider, AppleMango, jointly with GS Energy and GS Neotek. The acquisition is expected to accelerate the growth of LG’s EV charging solution business and enable the company to take advantage of future business opportunities. This strategic move, combined with LG’s expertise and wealth of experience in B2C and B2B segments, is expected to enable the company to create fully-featured charging stations boasting a user-friendly interface and real-time management. The acquisition would help LG become an integrated solutions provider, bringing together its new charger development capabilities and existing in-house-developed EV charging management system.

Prozeal Infra Engineering, an Electric Vehicle (EV) charging infrastructure and a solar power project developer, has received a letter of award from the Surat Municipal Corporation for the supply and installation, operation, and maintenance (O&M) of 25 DC fast EV chargers. The chargers will be installed at 25 locations across Surat. Chargers with a configuration of CCS 2.0 (50 kW) + CCS 2.0 (50 kW) + Type 2 AC (22 kW) will be provided as part of the tender, along with ten years of comprehensive O&M. The project is estimated to be worth ₹140 million (~$1.78 million).

Oil India announced that it completed the beta demo of its hydrogen-powered bus developed under its startup program SNEH (Start-up Nurturing, Enabling & Handholding). The nine-meter bus is built on a 60 kW PEM (polymer electrolyte membrane) Fuel Cell engine and will power the electric drive providing a minimum range of 450 km while emitting water in the exhaust. It is intended to be used in Kaziranga, Assam, by the end of this year to promote Green Tourism.

Bank of America announced a 15-year, 160 MW agreement with Constellation, a U.S.-based renewable energy developer, to purchase power and project-specific renewable energy certificates (RECs). This agreement will help Bank of America power approximately 17% of its global electricity consumption with clean, renewable energy from a portion of the Mammoth Central project. The portion will be the third and final phase of the broader Mammoth Solar project, which Doral Renewables is developing in Starke and Pulaski counties in Indiana. Bank of America will receive renewable energy and RECs from Mammoth Central as part of its retail electricity supply contract with Constellation, covering locations in Delaware, Pennsylvania, and Virginia. By powering its facilities in these locations with solar energy, Bank of America is expected to reduce greenhouse gas emissions associated with its energy use by more than 95,000 metric tons annually. The agreement will begin when the project construction has been completed in late 2024. By purchasing the RECs, Bank of America is also helping facilitate the development of this project, which will provide renewable energy to the broader electric grid.

The Kraft Heinz Company announced a 12-year virtual power purchase agreement with Repsol, a global multi-energy company based in Madrid, Spain. The agreement is the company’s first investment in wind energy and is designed to help Kraft Heinz achieve its aspiration of procuring the majority of its electricity from renewable sources by 2025. Kraft Heinz is expected to source over 90 GWh of renewable energy annually from Repsol’s largest wind project, Delta II in Aragon, Spain – equivalent to powering approximately 90% of Kraft Heinz’s European manufacturing sites. The agreement is expected to generate enough renewable electricity to power approximately 25,000 average EU households annually at its peak.