APERC approves the tariff of ₹2.64/kWh for the 50.4 MW wind farm in Kurnool 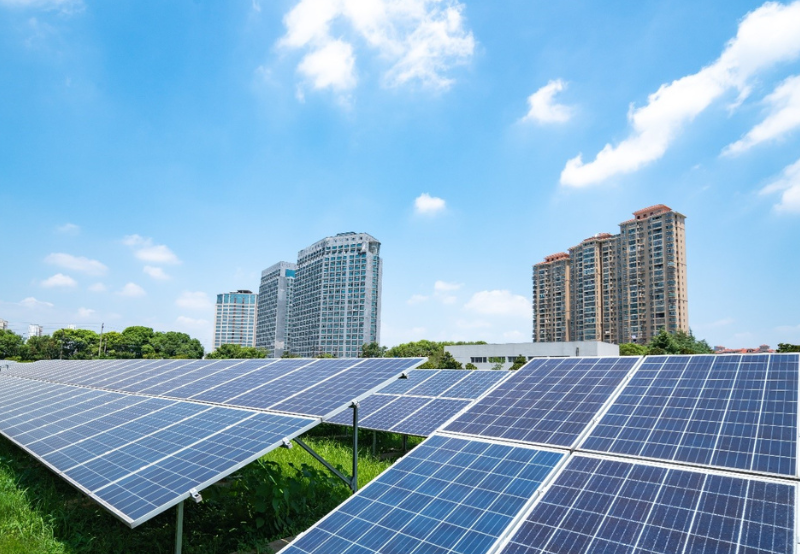 The Karnataka Electricity Regulatory Commission (KERC) recently accepted the petition by Sanvi Power for the delay in commissioning its 3 MW solar power project in Tumakuru District up to July 21, 2017. The commission also ruled that the petitioner was entitled to the tariff of ₹8.40 (~$0.11)/kWh as per the power purchase agreement. KERC also directed BESCOM to pay the difference in tariff paid per unit from the date of the plant’s commissioning and the late payment surcharge in terms of the power purchase agreement within two months. BESCOM was also directed not to levy any liquidated charges during this period, and if already charged, they must be refunded.

Andhra Pradesh Electricity Regulatory Commission (APERC) has approved a tariff of ₹2.64 ($0.033)/kWh for the sale of wind power by Vaayu (India) Power Corporation from the 11th year to the 20th year from the date of commercial operation of its 50.4 MW wind farm in Kurnool district. The Commission decided to fix the tariff for the first ten years at ₹3.50 ($0.044)/kWh with a direction that the tariff for the 11th to 20th year would be revisited after the first ten years. The state distribution companies will have the first right of refusal on power purchase if the project continues to operate after the 20th year of operation from the COD. The tariff beyond the 20th year will be as mutually agreed by the parties. The Commission also noted that the energy injected in any financial year over and above the specified CUF of 23.50% will be treated as inadvertent and shall not be paid.

The Moroccan Agency for Sustainable Energy (MASEN) issued a tender to select engineering, procurement, and commissioning companies for approximately 260 MW of solar power projects. The scope of work includes the construction, operation, and maintenance of solar power plants from the Noor Atlas solar program in two separate lots. The program includes seven sites across two lots in eastern and southern Morocco. Lot 1 provides for the construction of five solar power plants – 42 MW in Ain Beni Mathar, 42 MW in Enjil, 36 MW in Boudnib, 36 MW in Outat el Haj and 30 MW in Bouanane. Lot 2 consists of two solar power plants, 36 MW each, in Tan-Tan and Tata.  The opening of bids for the Noor Atlas tender is scheduled for October 30, 2022.

bp and ThyssenKrupp Steel signed a memorandum of understanding focused on developing a long-term supply of low carbon hydrogen and renewable power in steel production. Thyssenkrupp Steel accounts for 2.5 percent of CO2 emissions in Germany, mainly at the Duisburg site where the main emitters, the blast furnaces, are operated. By replacing the coal-fired blast furnaces with direct reduction plants where iron ore is reduced with low-carbon hydrogen, ThyssenKrupp Steel intends to make steel production climate-neutral in the long term. The companies will explore supply options for both blue and green hydrogen and power from wind and solar generation through power purchase agreements. The companies also intend to jointly advocate for policies that will support the development of low carbon hydrogen and the growth of green steel in Europe. bp is working to pursue green hydrogen ‎production at its refineries in Lingen in Germany, Rotterdam in the Netherlands, and Castellón in Spain.

Scatec ASA, a renewable energy solutions provider, along with Equinor ASA and Hydro Rein, started the construction activities on the 531 MW Mendubim solar project in Rio Grande do Norte in Brazil. The companies have signed a 20-year U.S. dollar-denominated power purchase agreement with Alunorte, one of the world’s leading alumina suppliers for the aluminum industry, for approximately 60% of the expected power produced. The remaining volume will be sold in the Brazilian power market. The partners are placing orders for key components and starting site preparation activities. The project’s estimated total capital expenditure (capex) is $430 million, financed by a mix of non-recourse project debt and equity from partners. Financial close and the first disbursement of project finance debt are expected within the end of 2022.