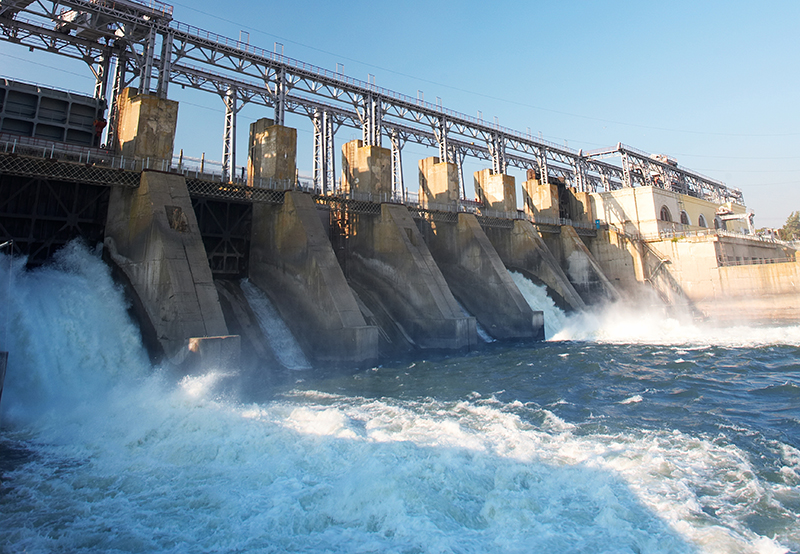 JSW Neo Energy, a wholly-owned subsidiary of JSW Energy, named Komoram Bheem Pump Storage Project in Telangana. JSW Energy, through its green growth vehicle JSW Neo Energy, has been securing key resources for hydro PSPs in various resource-rich states for projects with a targeted capacity of 10 GW. With the signing of this MoU, the company has tied-up resources for 5 GW hydro PSPs with the governments of various states, including Maharashtra, Chhattisgarh, Telangana, and Rajasthan.

GE Renewable Energy inaugurated a new research and development facility that will conduct research on how to 3D print the concrete base of towers used in wind turbines. The research will enable GE to 3D print the bottom portion of the wind turbine towers on-site, lowering transportation costs and creating additional employment opportunities at the wind farms where the technology will be used. The research being conducted in the Bergen facility is supported in part by a grant from the U.S. Department of Energy. A 20-member team will continue to work on optimizing the 3D printing technology, with the first applications in the field anticipated within the next five years.

The UK’s Offshore Renewable Energy (ORE) Catapult and India’s National Institute of Wind Energy (NIWE) announced a Joint Declaration of Intent to establish a five-year collaboration program. The organizations will work together on innovation and research and development, market and supply chain growth, new technology tests, demonstrations, and skills programs for offshore wind. This technical partnership will help unlock affordable green energy while helping boost the supply chain opportunities in India and the UK.

Atlas Renewable Energy, a U.S.-based renewable project developer, secured a power purchase agreement with Enel Generación Chile to develop its first wind energy project in the country. With a combined capacity of 417 MW, the three wind farms will annually generate 1.3 TWh of clean energy and support Chile’s objective to accelerate its clean energy transition. The power generated is equivalent to powering the homes of 628,512 families in Chile, avoiding 671,488 tons of carbon pollution. Located in the Araucania, Los Lagos, and Maule regions of Chile, the projects will begin operation in 2025.

The Arab Petroleum Investments Corporation (APICORP), a multilateral financial institution, announced that it has become the first MENA (the Middle East and North Africa) financial institution to receive a solicited sustainability rating of ‘A2’ from V.E., part of Moody’s ESG Solutions. The rating assigned was based on APICORP’s capacity and willingness to integrate ESG factors into its strategy, operations, and risk management, formalized in its ESG policy framework. Moody’s reported that APICORP’s share of project financing in renewables and other areas of climate finance has increased over the last three years by ten percentage points to reach 13%. The progress was boosted by the company’s successful debut of green bonds in 2021, which aligns with its strategic dedication to combat climate change through its lending and financing practices.

The Urban Development Minister of Himachal Pradesh, Suresh Bhardwaj, announced that 66 government buildings across Shimla have solar power systems installed. The systems were installed under the Smart City Mission program in Shimla, generating 3.916 million units of power, saving up to ₹18.5 million (~$241,959). The minister said that the first solar system was installed at Himachal Pradesh University in 2019.