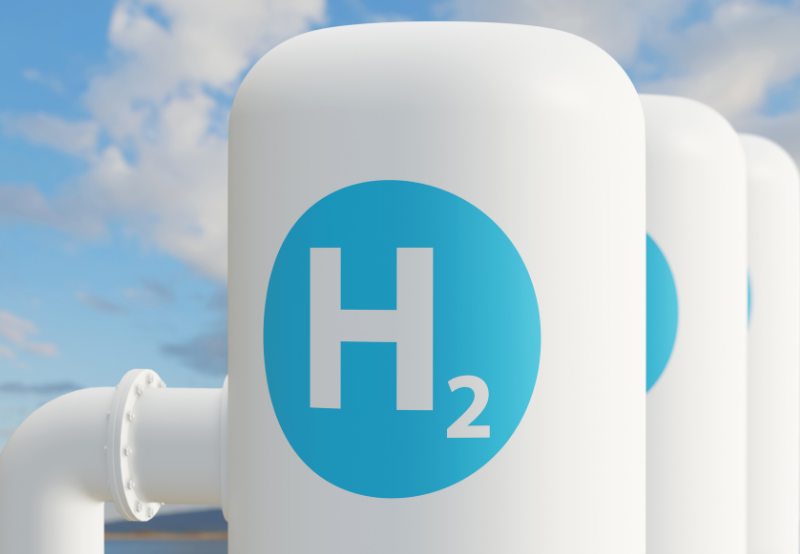 GreenZo Energy inked an agreement with Nepal-based renewable energy company API Power to develop 50 MW green hydrogen plants in the next three years. API Power will invest ₹10 billion (~$125.07 million) in the 50 MW green hydrogen projects, generating 4,000 MT of hydrogen annually. It has also proposed sites for its existing hydro and solar projects for the hydrogen initiative, including Bardeghat, Chanauta, Kawasoti, Dhalkebar, Parwanipur, Simara, and Chandranigapur. As agreed by both companies, the pilot hydro project of 1 MW will take off at Naugarh Gad Hydroelectric Project.

Convergence Energy Services (CESL) inked an agreement with Three Wheels United, a global fintech company specializing in EV financing, to procure 70,000 electric three-wheelers deployed in multiple phases across India over five years. The initial procurement of these electric three-wheelers by Three Wheels United will be priced at an average of ₹300,000 (~$3,752) and ₹350,000 (~$4,377) for passenger and cargo categories. These vehicles will be deployed in Bengaluru and Delhi and will receive a subsidy from the FAME II program administered by the Ministry of Heavy Industries to the extent eligible. As per the agreement, TWU will procure the vehicles in multiple lots – varying from 100 to 20,000 units – to complete the entire process outlined in the agreement by 2027.

Keppel Energy Nexus has been awarded a grant from the Energy Market Authority and JTC to pilot Singapore’s first membrane-based nearshore floating solar system at Jurong Island. The pilot system consists of three circular platforms, with an installed capacity of 1.5 MW when deployed in the seawater surrounding Jurong island. The circular reinforced membranes for the modules ensure the lowest material usage of any floating system, enabling a lower levelized cost of energy as well as resource conservation. Compared to the conventional floating solar systems used in Singapore in calmer water bodies such as reservoirs, the membrane-based system is designed based on floating specialist Ocean Sun’s technology to harness solar energy reliably amid stronger waves and rougher sea conditions in a nearshore marine environment.

Electrolyzer manufacturer McPhy announced that the European Commission had approved its electrolyzer Gigafactory project as one of the projects submitted by France under the Hydrogen Important Project of Common European Interest. McPhy’s gigafactory project aims to develop new generation electrolyzers and deploy their industrial production in series. The Belfort site has been pre-selected by McPhy to implement this Gigafactory. With this project, McPhy is targeting to develop new generation alkaline electrolyzers in terms of size, components, and integration within platforms. McPhy also intends to Industrialize large-scale production to meet the needs of the European market to contribute to the decarbonization of industry, mobility, and energy.

Chemicals company Johnson Matthey announced that it is building an £80 million (~$96 million) gigafactory at its site in the UK to scale up the manufacture of hydrogen fuel cell components. The gigafactory will initially be capable of manufacturing 3 GW of proton exchange membrane fuel cell components annually for hydrogen vehicles and is supported by the UK Government through the Automotive Transformation Fund (APC). The APC forecasts that the UK will need 14 GW of fuel cell stack production and 400,000 high-pressure carbon fiber tanks annually to meet local vehicle production demands by 2035, while the market expects that there could be as many as three million fuel cell electric vehicles on the road globally by 2030. Earlier this year, JM announced a refreshed strategy, targeting more than £200 million (~$239.95 million) in sales in Hydrogen Technologies by the end of the financial year 2024-25.