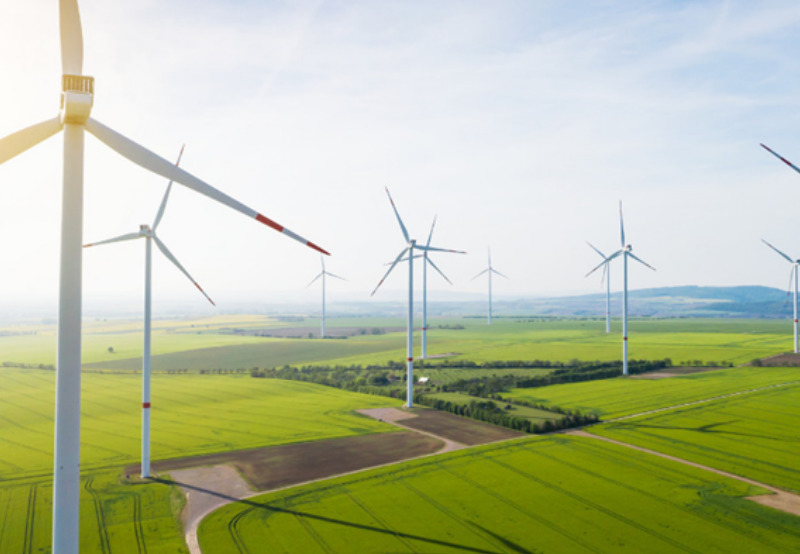 GE Renewable Energy will supply 810 MW of onshore wind turbines for JSW Energy’s projects in India. JSW selected GE’s 2.7 MW model assembled at GE Renewable Energy’s multi-modal site in Pune. Blades will be provided by LM Wind Power, a GE Renewable Energy business, from its Indian factory in Gujarat. This turbine was designed primarily at GE’s Technology Centre in Bangalore and is ideally suited for Tamil Nadu’s wind speed regime. The supply of the turbines will start by the second quarter of 2022 and be completed by the first quarter of 2023. The turbines will produce enough green energy to meet the annual electricity requirements of more than 2.1 million households.

bp has acquired Blueprint Power, a U.S.-based technology company whose technology can help turn buildings into a flexible power network. This is achieved by connecting them to energy markets through cloud-based software. Blueprint’s technology presents an opportunity to help decarbonize commercial real estate, which has one of the highest carbon footprints of all sectors, contributing an estimated 28% of global annual greenhouse gas emissions. The acquisition comes after Blueprint launched a government-supported demonstration project in New York to show how its technology could generate electricity and expand electric vehicle charging capacity in the city. This project will see 150 EV chargers installed on-site at a residential building in Queens by 2025, where Blueprint’s technology is already in use.

GE Renewable Energy and General Motors will jointly develop a supply chain of rare earth and other materials to support EV and renewable energy growth. The companies will evaluate opportunities to improve supplies of heavy and light rare earth materials and magnets, copper, and electrical steel. Metal alloys and finished magnets produced from rare earth materials are critical components used in manufacturing electric motors for automotive and renewable power generation. The initial focus of the collaboration will be on creating a North American and Europe-based supply chain of vertically integrated magnet manufacturing that both companies will use in the future.

Turnkey hydrogen solutions provider Plug Power and SK E&S have formed a joint venture designed to accelerate the use of hydrogen as an alternative energy source in Asian markets. The two companies will collaborate to provide hydrogen fuel cell systems, hydrogen fueling stations, electrolyzers, and green hydrogen to the Korean and other Asian markets. The joint venture plans to build a gigafactory in a critical metropolitan area in South Korea by 2024, with mass capacity for hydrogen fuel cells and electrolyzer systems. The companies plan to supply domestic and specific overseas markets in Asia. Over time, the joint venture also intends to assume the role of distributing liquefied hydrogen produced by SK E&S to around 100 charging stations nationwide. SK E&S and Plug Power will own 51% and 49%, respectively, of the joint venture.

LED Lights and Solar Products manufacturer Servotech Power Systems announced its collaboration with German solar module company 2Power to bring PVT Technology 2Power WP+ system in India. Servotech has planned to set out about €10 million (~$1.15 million) for the project. Solar modules will produce electricity, heat, and cooling through the adsorption process through this PVT technology. The modules mounted on the roof will generate electricity, heat, and cooling through the heat pump system to the end-user’s home. The company claims that the excess electricity can be stored in intelligent electricity storage systems and reused at night through using this technology. This system supposedly does not need an outdoor unit.