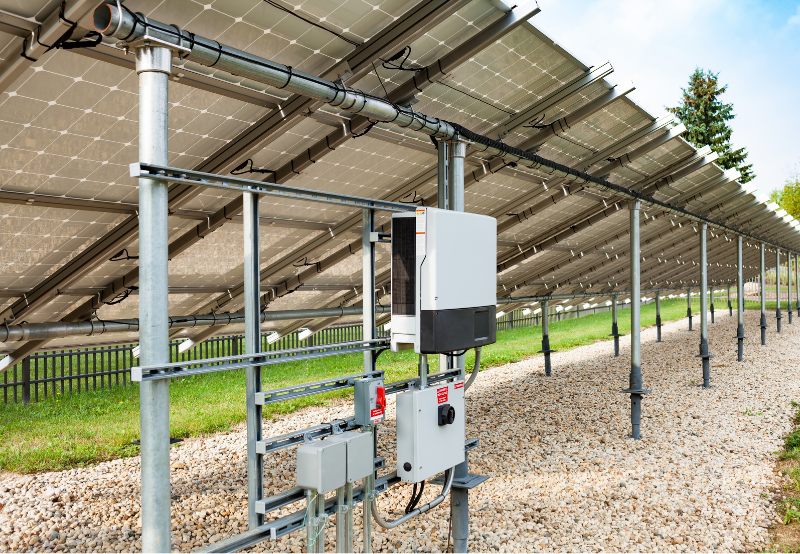 Karnataka Electricity Regulatory Commission (KERC) has condoned the delay in commissioning a 2 MW solar project by Aadyaarush Power Projects in Thuggalahalli Village, Davangere District. The project was delayed until August 21, 2017. The Commission found that the delay falls within the parameters of ‘force majeure’ events due to delays in securing approvals from government institutions. The Commission said Aadyaarush Power Projects is entitled to a tariff of ₹8.40 (~$0.11)/kWh per the power purchase agreement. The Commission directed Bangalore Electric Supply Company (BESCOM) to pay the difference between the tariff paid per unit from the project’s commissioning date and the late payment surcharge within two months. It also ordered BESCOM not to levy liquidated damages, and if already levied, the same must be refunded within two months.

Automakers Volkswagen and Mahindra and Mahindra signed a partnering agreement to explore the use of Volkswagen’s modular electric drive matrix (MEB) components for Mahindra’s upcoming line of electric vehicles, which will be launched under Mahindra’s “Born Electric Platform.” Designed as an open vehicle platform, the MEB electric platform and its components allow car manufacturers to build their portfolio of electric vehicles quickly and cost-effectively. Mahindra intends to equip its Born Electric Platform with MEB electric components such as electric motors, battery system components, and battery cells.

Volvo Trucks will open its first battery assembly plant in Belgium to supply ready-to-install batteries for its fully-electric heavy-duty trucks. Cells and modules from Samsung’s lithium-ion battery manufacturing wing will be assembled into bespoke battery packs for Volvo Trucks’ heavy-duty electric range like Volvo FH, Volvo FM and Volvo FMX.  Series production is expected to commence in the third quarter of this year. Each battery pack will have a capacity of 90 kWh, and the customers can choose to have up to six battery packs adding up to 540 kWh in a truck. Volvo Trucks claims its batteries are designed to be remanufactured, refurbished and reused. The plant will be powered by 100% renewable energy. Half of all trucks Volvo sells globally will be electric by 2030.

Sameer Gupta, Jakson Group’s Chairman and Managing Director, has been elected as the Chairman of the Confederation of Indian Industries (CII) National Committee of ‘Atmanirbhar Bharat for Renewable Energy Manufacturing’ for the year 2022-2023. Gupta took over the reins of Jakson in 1991 and led the transformation of the 75-year-old genset manufacturing company into a prominent energy and infrastructure company, having expertise in distributed energy, solar solutions, engineering, procurement, and construction solutions. The company is also invested in new energies like battery energy, hybrids and hydrogen solutions. Jakson Solar had emerged as one of the top solar rooftop companies in India in the calendar year 2021, according to Mercom’s recently released India Solar Market Leaderboard 2022.