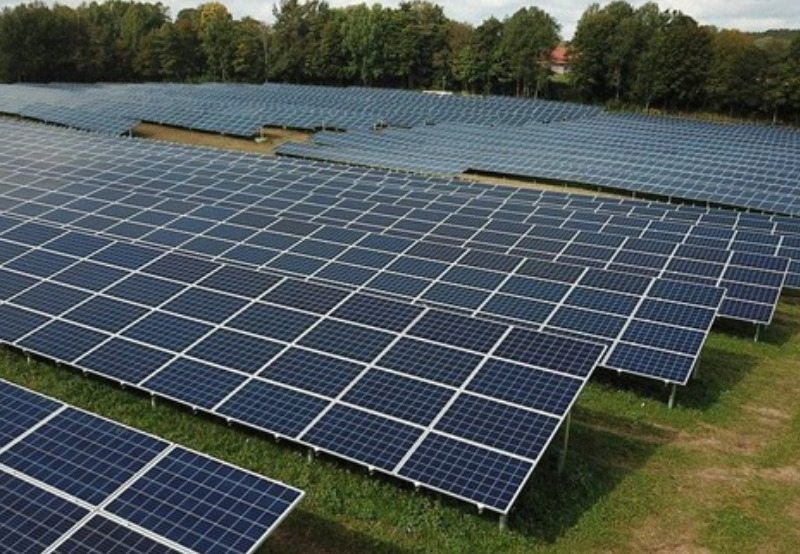 Dalmia Cement (Bharat) expanded its ground-mounted solar project capacity from 2.4 MW to 17.1 MW. The solar project is spread over 49 acres and will generate 25.52 MU per annum to be utilized for its Kapilas Cement Manufacturing Works (KCMW). The 17.1 MW plant aims to reduce the KCMW Cuttack plant’s day-time power requirement dependency on fossil fuels by over 40% and replace it with a clean, emissions-free, and renewable energy source. The project was executed in two and a half months and will reduce conventional power consumption by 27%. Power consumption from the solar plant will ensure seamless production at the KCMW Cuttack plant, especially during emergencies such as preventive maintenance or breakdowns.

Copenhagen Infrastructure Partners (CIP) leads a consortium of partners to build a 500 MW green hydrogen project in Spain. The consortium consisting of CIP, Enagas, Naturgy Fertiberia, and Vestas, said the first phase of Project Catalina has reached an advanced stage of development. Catalina Phase 1 will comprise 1.7 GW of wind and solar energy facilities and a 500 MW electrolyzer. It is expected to be fully developed and permitted in less than two years. Construction is planned to start at the end of 2023. Once fully implemented, Catalina will produce enough green hydrogen to supply 30% of Spain’s current hydrogen demand. The initial 500 MW electrolyzer will produce over 40,000 tonnes of green hydrogen per year, and the first phase could create up to 5,000 jobs. Project Catalina will connect Aragon and Valencia via a pipeline transporting green hydrogen to supply a newly built green ammonia plant with an annual capacity of 200,000 tons.

Rajasthan Solar Association (RSA) signed a memorandum of understanding with IIT Teck Park, Jodhpur, to establish a Centre of Excellence for Renewable Energy (CERE) to research solar energy-related technologies. CERE will create an eco-system for manufacturing polysilicon, the basic raw material for solar panels. This will also facilitate reducing the gap between industry and academia. The establishment of CERE is a historical initiative and a landmark accomplishment by RSA and will make Rajasthan a manufacturing hub of solar energy.

Germany-based renewables developer wpd offshore will develop two wind energy projects of 1.9 GW capacity in the Black Sea off the Romanian coast. Separate project companies have already been established for the development and construction of two wind farms off Romania’s Black Sea coast, the 500 MW Black Sea 1 and 1.4 GW Black Sea 2. wpd offshore claims it’s the first company to officially apply before Romanian authorities for the development of offshore wind energy projects in the Black Sea.

South Korea’s Doosan Heavy Industries installed its 8 MW offshore wind turbine prototype at the Korea Wind Power Demonstration Center in Yeonggwang. The turbine has a 100-meter-long blade and a tower that is 130 meters high, which brings the total height from the ground to the blade’s tip to 232.5 meters. According to Doosan Heavy, its prototype is Korea’s largest wind turbine. The turbine can produce 8 MW at wind speeds of 11 meters per second and shows a utilization rate of 30% or higher when the average wind speed is 6.5 meters per second. Other features include a gearless direct drive-type generator, which has the advantage of providing higher structural stability and energy efficiency, owing to the simplified power transmission system, and lower maintenance costs.