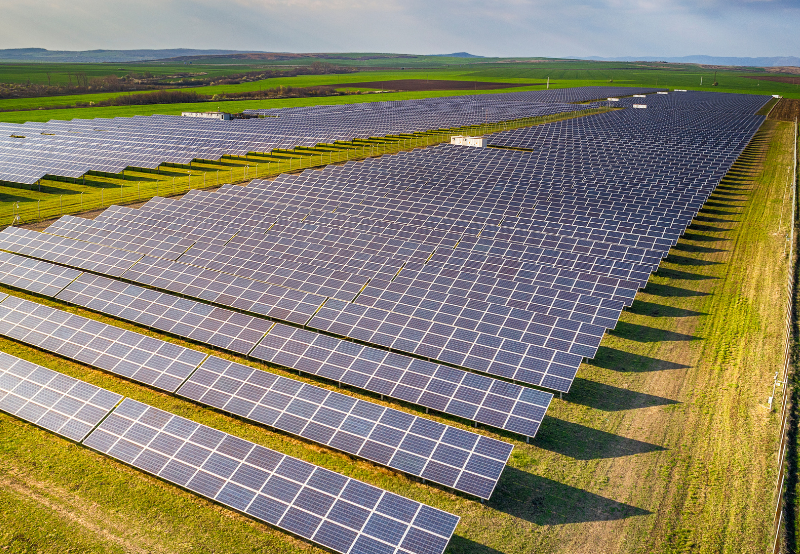 Azure Power announced the commissioning of its 90 MW solar power project in Assam, the largest solar power project in the state. The power generated by the plant will be supplied to Assam Power Distribution Company Limited under a long-term 25-year power purchase agreement. The project spread across four districts – Udalguri, Boko, Nagaon, and Cachar, was commissioned in phases. Assam Chief Minister Himanta Biswa Sarma inaugurated the project.

Electricity generation in India from renewable energy sources, including large hydro, increased from 227.96 billion units (BU) in 2017-18 to 322.53 BU in 2021-22. The information was shared in a written response in the Lok Sabha by Bhagwant Khuba, Minister of State for New and Renewable Energy. He said that against the target of achieving 175 GW of renewable energy (excluding large hydro) installed capacity by 2022, a total of 114.07 GW has been installed in the country as of June 30, 2022. A capacity of 60.66 GW is under various stages of implementation, and a capacity of 23.14 GW is under various bidding stages.

NHPC Limited signed a memorandum of understanding (MoU) with Damodar Valley Corporation to explore the formation of a joint venture company to explore setting up hydropower and pump storage projects. The MoU aims to encourage cooperation between the two power sector organizations in jointly harnessing the hydropower and pump storage projects as energy storage solutions in line with the national objective of the energy transition, i.e., 500 GW of renewable energy by 2030 and net zero by 2070. The MoU envisages the development of mutually identified projects.

NTPC and Masen (Moroccan Agency for Sustainable Energy) signed an MoU for cooperation in the renewable energy sector during the 17th CII EXIM conclave on the India-Africa growth partnership held in New Delhi. The CII- EXIM Bank Conclave on India-Africa Project Partnership was launched in 2005 with the support of the Ministry of External Affairs and the Ministry of Commerce & Industry. The is expected to usher in the joint development of utility-scale projects based on renewable energy in Africa. This cooperation is intended to support services for capacity building and share experience, know-how, and expertise in the areas of mutual interest, especially in research and development.

Scatec announced that it is starting construction of the three Kenhardt projects in the Northern Cape Province of South Africa under the Risk Mitigation Independent Power Producer Procurement Program (RMIPPPP) after reaching a financial close. Once operational, the project will have a total solar capacity of 540 MW and battery storage capacity of 225MW/1,140MWh, and provide 150 MW of dispatchable power under a 20-year power purchase agreement to the Kenhardt region – in a country that is currently suffering from power shortages. The project will be built with a total capex of approximately ZAR 16.4 billion (~$959.68 million) to be financed by equity from the owners and ZAR 12.4 billion (~$725.74 million) in non-recourse project debt. The debt will be provided by a group of lenders, including The Standard Bank Group as arranger and British International Investment. Scatec will own 51% of the equity in the project, with H1 Holdings and local Black Economic Empowerment partner will own 49%. Scatec will be the Engineering, Procurement, and Construction provider. It will also provide Operation & Maintenance, and Asset Management services to the power plants.

Enagás, a Spanish energy company, completed the sale of 30% of its subsidiary Enagás Renovable to Hy24, the joint venture formed by Ardian and FiveT Hydrogen, for €50 million (~$51.36 million). Hy24 is a clean hydrogen infrastructure investment platform. Hy24’s investment was made through its Clean H2 Infra Fund via a capital increase in Enagás Renovable. Enagás Renovable has a portfolio of more than 50 specific projects in Spain in renewable gases and decarbonization. Enagás Renovable’s advanced projects represent more than 1 GW of electrolysis, have an estimated commercial operation date until 2026, and account for around 25% of Spain’s Hydrogen Roadmap target in terms of installed capacity for 2030.