Saatvik to Supply 9.3 MW Modules to a solar project in Mauritius 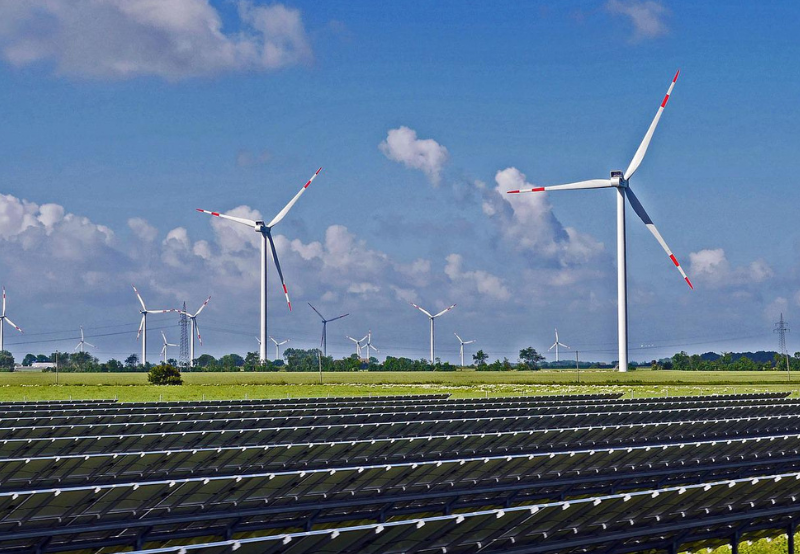 Ayana Renewable Power signed an expression of interest with the Karnataka government to develop wind and solar power projects totaling 2 GW with an investment of ₹120 billion (~$1.54 billion). Backed by National Investment and Infrastructure Fund (NIIF), Ayana aims to expand Karnataka’s clean energy capacity with this investment. This capacity addition will be enough to provide clean energy for nearly 2 million households. Ayana has an operational portfolio of 340 MW in the state.

Saatvik Solar secured an order to manufacture and supply 9.3 MW Mono Perc half-cut MBB (multi busbar) modules in a reverse bidding auction through Bharat Heavy Electricals Limited (BHEL). Saatvik will supply these modules to an 8 MW solar project at Tamarind Falls, Henrietta (Phase-II), Mauritius. BHEL signed an agreement to set up a grid-connected 8 MW solar photovoltaic power project in Mauritius to help the island nation in its efforts to fight climate change.  The project is funded under the Government of India’s Line of Credit. BHEL will set up the solar farm awarded to them by CEB (Green Energy), Mauritius, a wholly-owned subsidiary of the Central Electricity Board (CEB).

GE announced that it is tripling its solar and battery energy storage Power Electronics Systems manufacturing capacity by the end of 2022 to 9 GW per annum. The systems are manufactured at GE’s newly launched Renewable Hybrids factory, in Vallam, near Chennai, India, announced earlier this year. The site manufactures GE’s Power Conversion Solution called FLEXINVERTER, formerly known as LV5+, and the FLEXRESERVOIR. It helps integrate them with the FLEXIQ solution from GE Renewable Hybrids’s FLEX portfolio, designed to solve customers’ needs for dispatchable, green MWhs in Solar, Storage, and Hybrid applications.

Prime Infrastructure Holdings, the infrastructure company owned by Enrique K. Razon, Jr., announced that it would develop a solar power facility with a capacity of 2.5 GW to 3.5 GW combined with a 4 GWh to 4.5 GWh battery energy storage system (BESS) to boost the supply of renewable energy in the country. The project will be undertaken by Terra Solar Philippines, a unit of Terra Renewables Holdings, which is a renewable power subsidiary under Prime Infra’s control and in partnership with Solar Philippines Power Project Holdings. Terra Solar will supply 850 MW to off-taker Manila Electric Company (MERALCO) from this power facility. This development will increase MERALCO’s renewable energy sourcing as mandated by the Department of Energy’s Renewable Portfolio Standards (RPS). Under the RPS, companies must source a minimum percentage of their energy portfolio from renewable energy sources.

Vestas, a Danish wind turbine manufacturer, secured a conditional order agreement to supply 64 V235-15.0 MW wind turbines for Germany-based EnBW’s (Energie Baden-Württemberg AG’s) 900 MW He Dreiht offshore wind project in 2025. Vestas will also deliver a multi-year solution to service the wind project when operational. With a total area of 43,742 sq. meters and a capacity factor of over 60% from the 115.5m blades, the V236-15.0 MW turbine will deliver industry-leading park performance for EnBW at He Dreiht. Depending on site-specific conditions, a single V236-15.0 MW turbine can produce 80 GWh per year, enough to power around 20,000 European households. Vestas has also entered a conditional agreement with Cadeler, a leading supplier within offshore wind installation services, for the transportation and installation of the turbines for the He Dreiht project. Installation is planned to begin in the second quarter of 2025, with entire park commissioning anticipated for the fourth quarter of the same year. The project has a grid connection capacity of 900 MW and an excess capacity of 60 MW to use the connection capacity as efficiently as possible, even when production is lower.