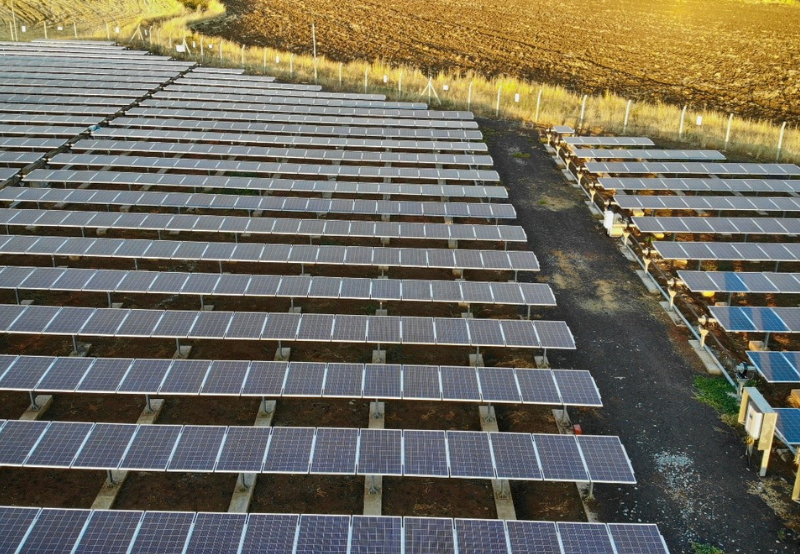 ATCO Group, through its investment in Canadian Utilities Limited, entered into a 15-year power purchase agreement with Microsoft Corporation. Under the agreement, Microsoft will purchase all renewable energy generated by ATCO’s Deerfoot solar facility in Calgary, Alberta. The 37 MW solar project at the facility is adjacent to ATCO’s 27 MW Barlow project. Construction for both projects is set to begin this spring, with energization in the fourth quarter of 2022. Combined, the facilities will generate enough renewable electricity to offset 68,000 tonnes of carbon a year.

Nestlé Pure Life commissioned a solar power plant to generate 2.4 GWh of electricity, on a carport, at its production facility in Dubai with Yellow Door Energy. The solar carport would help reduce carbon emissions by one million kilograms per year. Yellow Door Energy will provide the solar lease, enabling Nestlé Pure Life to switch to renewable energy and reduce its electricity costs. The carport structure is six meters high and provides shading for 72 Nestlé Waters distribution trucks. Over 2,500 solar panels have been installed to meet 80% of the factory’s energy consumption, and robots will be used to regularly clean the panels’ surfaces to maximize energy generation efficiency and optimize visual aesthetics.

Hitachi Energy India announced that it won an order worth about ₹1.6 billion (~$21 million) from Madhya Pradesh Power Transmission Package-II Limited, a project-specific business to strengthen the transmission system in the rural areas of Madhya Pradesh. The company will work to increase capacity and improve the reliability of the power infrastructure. The order was booked for nine grid connections in the last quarter, strengthening a power transmission network spanning more than 1,000 kilometers of overhead lines across nine rural districts of Madhya Pradesh.

The Australian government announced an investment of AUD 70 million (~$52 million) funding for a green hydrogen hub at bp’s Kwinana site in Western Australia. The hydrogen hub is being developed in partnership with Macquarie Group. It will include the installation of an electrolyzer of at least 75 MW, hydrogen storage, compression and truck loading facilities, and upgrades to bp’s existing on-site hydrogen pipeline. The hydrogen produced will support domestic and export demand, including hydrogen supply for bp’s renewable fuels production, ammonia, metals and minerals processing, on-site gas blending, and hydrogen for heavy-duty transport.

Plug Power, a provider of turnkey hydrogen solutions, announced an agreement with Walmart Inc. for an option to deliver up to 20 tons per day of liquid green hydrogen to power material handling lift trucks across Walmart distribution and fulfillment centers in the U.S. The liquid green hydrogen produced will fuel up to 9,500 lift trucks and support the retailer’s goal of a zero-emissions future by 2040. Plug Power intends to deliver green hydrogen to Walmart facilities using a fleet of liquid transport it has put into service using capabilities gained from its recent acquisition of Applied Cryo Technologies.