CapitaLand, SP Group, and Sembcorp Industries to jointly study the use of integrated energy solutions to power data centers 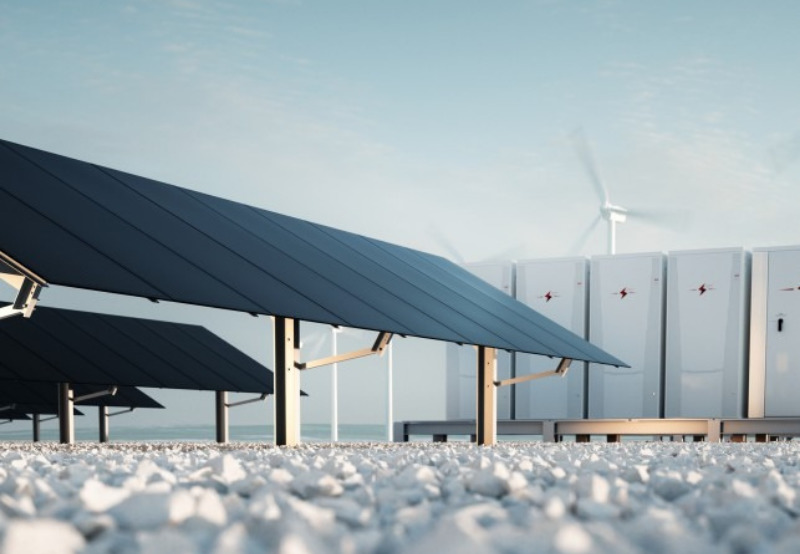 Eos Energy Storage, a zinc battery storage system manufacturer, has signed a broad-ranging agreement with Hecate Energy to provide over 1 GWh energy storage projects at an estimated value of over $250 million. The company will design, manufacture, and deliver its zinc-based battery solutions to Hecate over the next two years across Colorado, New Mexico, and Texas in the United States.

CapitaLand, SP Group, and Sembcorp Industries have signed a Memorandum of Understanding to jointly study the use of integrated energy solutions to power data centers. The integrated energy solution will include a combination of solar photovoltaic, green hydrogen, and energy storage, among others. The study covered under the MoU will primarily focus on developing solutions to power CapitaLand’s data center. The feasibility study results planned for the second half of 2021 would potentially be applicable to benefit other data centers in Singapore.

TNG, an Australia-based resource and mineral processing technology company, has established a Vanadium Redox Flow Battery (VRFB) business facility as a part of its vertical integration strategy for its flagship Mount Peake Vanadium-Titanium-Iron Project in the Northern Territory, Australia. TNG will establish the VRFB business facility at the Mount Peake facility through its green energy focused fully-owned subsidiary, TNG Energy. The company recently announced its strategic partnership with the SMS group to develop a carbon dioxide-neutral technology to produce green hydrogen.

Next Karftwerke and Toshiba Energy Systems & Solutions Corporation announced the launch of their new joint venture. The new joint venture ‘Next Karftwerke Toshiba Corporation’ is a virtual power project (VPP) service provider that enables third parties in Japan to set their own VPP.  The new company aims to enable others to provide balancing services for the owners of renewable energy assets and aggregators using VPP technology.