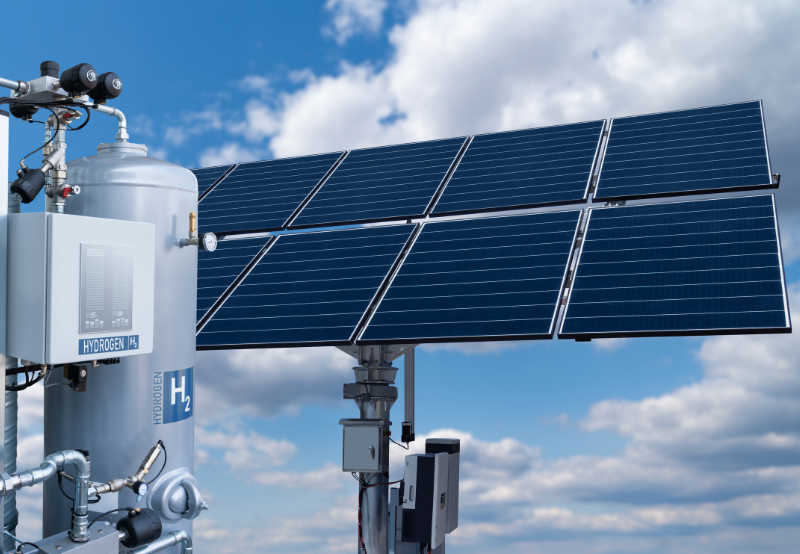 ACME Group announced an investment of ₹524.74 billion (~$6.61 billion) to build green hydrogen and ammonia projects in Tamil Nadu. This project would comprise a 5 GW solar photovoltaic power project, 1.5 GW electrolyzers, and 1.1 million tons of ammonia synthesis loop. ACME has also expressed willingness to work with the government to help build the project and create an ecosystem of smaller units. The memorandum of understanding between ACME and the government was signed during the Tamil Nadu Investment Conclave.

Vikram Solar, a module manufacturer and EPC solar company, announced the appointment of Ivan Saha as the new Chief Executive Officer (CEO) of the company. He had also previously worked at Vikram Solar between 2013-2020 as the President and Chief Technical Officer (CTO). Saha was also associated with ReNew Power as CTO.

Jinko Solar announced that it had achieved the 8 GW shipment milestone in India. According to Mercom’s recently published India Solar Market Leadership 2022 report, Jinko Solar was ranked as one of the leading module suppliers in the Indian solar market for the calendar year 2021. For the first quarter (Q1) of 2022, the company had reported total shipments of 8.39 GW globally, including 8.031 GW of solar modules and 359 MW of solar cells and wafers.

Cleantech Solar announced the commissioning of two projects with system sizes of 8.5 MW and 5.3 MW at its solar parks in Maharashtra and Tamil Nadu, respectively, for UNO MINDA Group. Power from these solar projects will be procured on a captive basis. The long-term solar partnership between Cleantech Solar and UNO MINDA is expected to generate approximately 495 GWh of clean energy during the lifetime of the projects, which amounts to a reduction of over 450 kilotons of CO2 emissions. The fully operational solar PV systems have been built by Cleantech Solar and will be operated and maintained by Cleantech Solar throughout the agreement term.

Fluence Energy, a U.S.-based energy storage company, announced a strategic partnership with Rich Electric, a Taiwanese battery energy storage company, to deploy a 100 MW battery-based energy storage system in Hualien to support Taipower’s automatic frequency control (AFC) services. With a target completion of mid-2023, the project would be the first 100 MW level system in Taiwan and is anticipated to be one of Fluence’s largest AFC projects in the country. Taiwan is actively deploying energy storage systems to enhance the flexibility of power dispatch and avoid recurring power outages caused by intermittent renewable energy supplies. Taipower’s AFC services are critical in stabilizing the Taiwanese power grid.