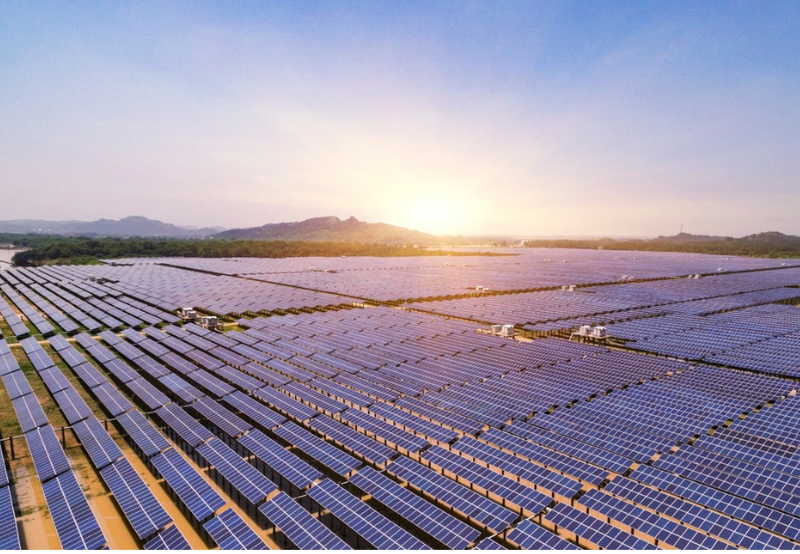 Sunsure Energy commissioned a 74 MW open access solar power project in the Tirunelveli district of Tamil Nadu. Sunsure is the engineering, procurement, and construction (EPC) partner to Cleantech Solar for this project, supplying 120 million units of green energy annually to some of the largest industrial consumers in the state. Having started construction in January 2022, the project has been constructed in three phases and covers over 210 acres. The modules used are mono PERC with a rated capacity of up to 545W and string inverters.

The Indian Air Force (IAF) has inducted the first batch of 12 Tata Nexon electric vehicles (EV) as a part of its initiative to reduce its carbon footprint. Indian Air Force is planning to progressively enhance EV usage by procuring e-vehicles against downgraded conventional vehicles. Augmentation of the e-vehicles ecosystem, including installation of charging infrastructure at various Air Force bases, is also planned. The first batch of electric cars will be deployed in Delhi NCR units for performance monitoring and analysis. IAF has joined hands with the Indian Army to create a standardized vehicle inventory to procure electric buses and electric cars.

Solas Sustainable Energy Fund ICAV (SSEF) has reached a final close with investment commitments of €220 million. SSEF is an EU-focused fund advised by Solas Capital AG, targeting energy efficiency and behind-the-meter renewable energy investments. An additional €80 million (~$82.77 million) commitment from investors follows the fund’s launch with €140 million (~$144.85 million) in February 2022. SSEF’s investments will generate energy savings of roughly 600 GWh per year. The fund has exceeded its target size of €200 million (~$207 million). It is classified as a Dark Green or Article 9 Fund, aligned with the highest sustainability requirements under the European Union’s Sustainable Finance Disclosure Regulation.

EnCap Investments announced that BlackRock Alternatives agreed to acquire Jupiter Power through a fund managed by its Diversified Infrastructure business. Jupiter is a leading U.S. operator and developer of stand-alone, utility-scale battery energy storage systems. EnCap Energy Transition Fund I and co-investment partners Yorktown Partners and Mercuria Energy are selling Jupiter. Jupiter owns and operates a large storage fleet in Texas comprising 655 MWh and currently has 340 MWh of new projects in or near construction, including its first project in California. The transaction is expected to close in late 2022.