As the country battles the virus, market sentiment is that of uncertainty

March witnessed a significant drop in trading volume of solar as well as non-solar renewable energy certificates (RECs). As the country fights the outbreak of Coronavirus. Markets all around the globe are feeling the repercussions of the pandemic in the form of subdued market activity. The non-solar clearing price came spiraling down to the floor price of ₹1,000 (~$13.25) on both the exchanges. Even though this is the end of the financial year 2019-20, the market didn’t see any demand that could fuel the market sentiment.

The results are a far cry from February, which saw a significant upsurge on both the platforms. In February, a cumulative sum of 1,299,737 solar RECs was traded on both the trading platforms. Out of the total, 984,157 and 315,580 solar RECs were traded on the IEX and PXIL, respectively, according to Mercom’s February update.

Speaking to Mercom on the drop in trading volumes of solar and non-solar RECs in March, Prabhajit Kumar Sarkar, Managing Director & CEO of PXIL, said, “With the COVID-19 outbreak, there has been a drop in the trading volume of solar and non-solar RECs as the market sentiments turned uncertain and participating buying entities have been focused on conserving resources for their future needs.”

The Coronavirus pandemic is proving to be the solar industry’s biggest challenge this year, and the repercussions are being felt across industries all over the globe. Global supplies have been severely affected. The disruption has spread much farther than China because of the scale at which the country’s manufacturing operates. Most other solar markets are also reeling under the pandemic and have closed in one form or the other. Track the latest updates and impact of the pandemic on the renewable industry here.

The CERC recently ordered the IEX to give wide publicity to Green Term Ahead Market (GTAM) contracts by uploading it on its website and invite comments from all stakeholders and the public. 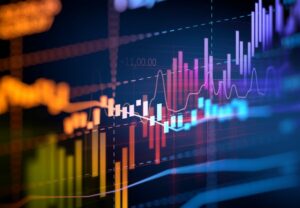