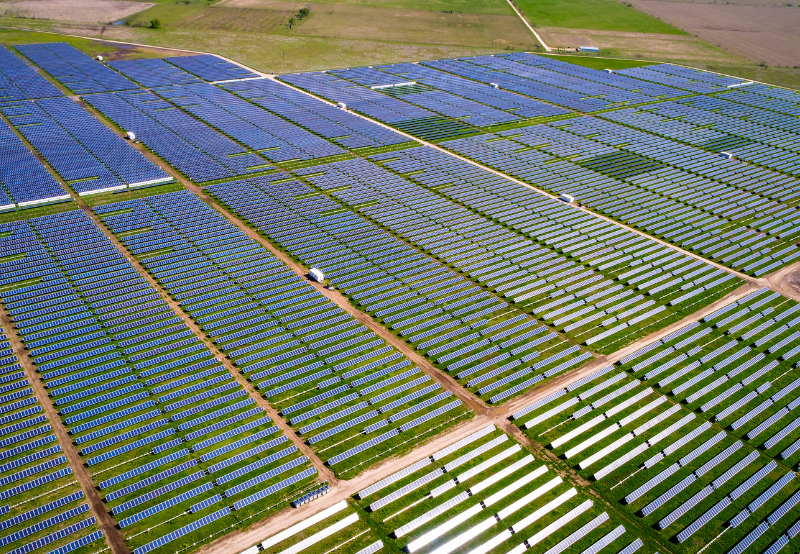 Total corporate funding, including venture capital funding, public market, and debt financing, for the solar sector in the first half (1H) 2022 stood at $12 billion, 11% lower than the $13.5 billion raised in 1H 2021.

The numbers were revealed by Mercom Capital Group in its recently released 1H and Q2 2022 Solar Funding and M&A Report.

“The current state of the economy—inflation, higher interest rates, supply chain issues—has started to impact fundraising in the solar sector. Even though the first half numbers held up, there was a pronounced slowdown from Q1 to Q2. Besides venture and private equity funding, all other areas experienced a decline in financing activity. But the value of solar is more evident than ever to markets that are dependent on energy imports. Clean energy installation goals are being ramped up around the world, and solar is a long-term beneficiary of this trend,” said Raj Prabhu, CEO of Mercom Capital Group. 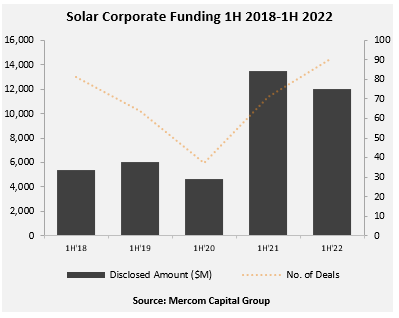 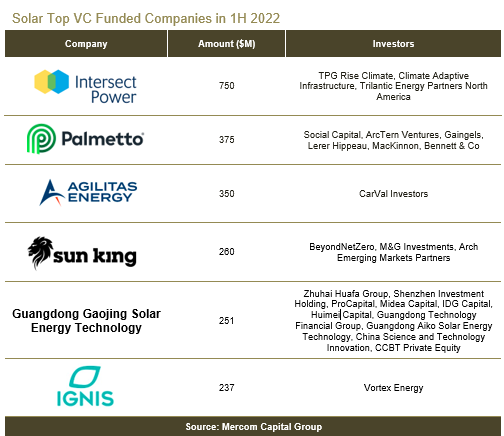 In 1H 2022, there were 53 solar M&A transactions compared to 54 transactions in 1H 2021. In 1H 2022, the top deal was by Macquarie Asset Management, a consortium with British Columbia Investment Management Corporation (BCI) and MEAG, which agreed to acquire Reden Solar from InfraVia Capital Partners and Eurazeo for an enterprise value of $2.72 billion. 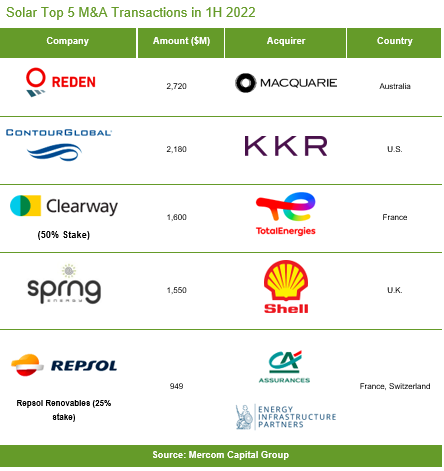 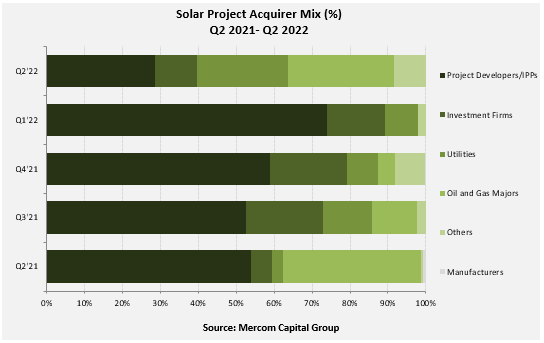 The 100-page report contains funding and merger and acquisition activity for 391 companies and investors. It contains 84 charts, graphs, and tables.