Sterling and Wilson provided EPC services for this project

According to the company statement, the company took less than two weeks to install the initial 100 kW demonstration floating solar project in May 2019 to a delegation that visited the airport as part of the International Solar Alliance. The Hydrelio system is the company’s first patented and industrialized water-based PV concept.

Deepak Ushadevi, the senior vice president at CTSP, said that there are a lot of challenges when it comes to floating solar projects.

Speaking to Mercom, he said, “The primary challenge is that the floating solar projects are for 25 years. The variation in the water level and the undercurrent of the water also pose challenges, especially when it comes to anchoring and moving the floating platforms.” According to Ushadevi, a proper study of the topography, good knowledge of engineering techniques, and bathymetric study would be able to solve some of the problems faced by the developers.

“Keeping the fundamental techniques intact, each site should have different designs depending on the topography of the area. There shouldn’t be a replication of the project,” he added.

Further, he said that the next project in the pipeline is the 5.4 MW floating project in West Bengal, which will be completed by the end of October or early November.

“Many milestones were achieved with this impeccable first project like four-in-a-row configuration was conceived to reduce the wind load on the island, floaters were produced locally from Aurangabad factory with our newly imported machines which emphasize our quality and symmetric design of this nature with indigenous vendor development for anchoring.

We developed a portable anchor-installation machine since heavy machinery was not allowed to avoid damage to the golf play lawn.” he noted.

Mercom had reported last year that as part of its expansion plans in India, one of the most rapidly growing markets in the world, the company has partnered with a local blow moulder in Aurangabad, Maharashtra to start a 50 MW floating solar manufacturing unit.

Floating solar projects are gaining a lot of traction in the country in the face of increasing land procurement issues. For instance, recently, Bharat Heavy Electricals Limited (BHEL) also issued a tender for the design and supply of a solar floatation platform of 25 MW capacity. The floating solar project will be installed at the National Thermal Power Corporation (NTPC)’s site in Simhadri, Andhra Pradesh. 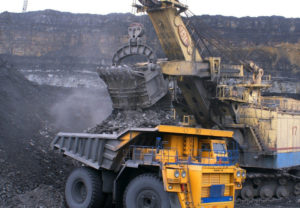 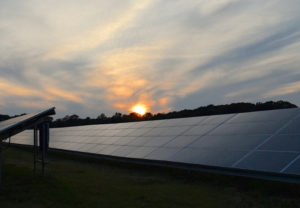 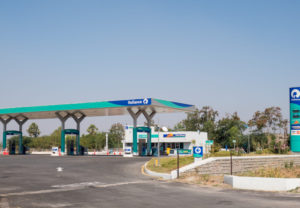 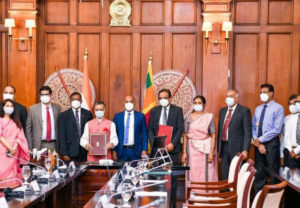 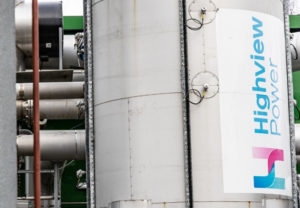