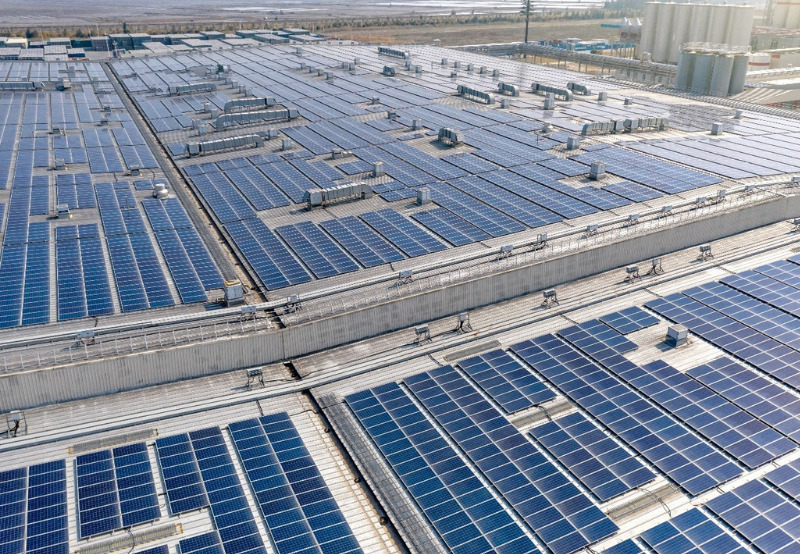 Mercom India hosted a webinar to discuss the market potential of rooftop solar in the commercial and industrial (C&I) segment, the most lucrative models and technologies, and cost savings.

The rooftop installations increased by 189% compared to the same period last year.

The rooftop solar payback period has been reducing consistently while the savings and return on investment (RoI) is growing. But the key is to develop quality assets with the best technology and right assets.

The panelists discussed and presented their views on the C&I segment’s role in the rooftop capacity advancement and the way forward.

Speaking on the growing popularity of capital expenditure (CAPEX) and operational expenses (OPEX) models, Ravi Kumar said, “The uptick in demand for solar reflects in the numbers. There has been an increase in demand for both CAPEX and OPEX models. We are experiencing the growing popularity of the CAPEX model among micro and small enterprises (MSEs). OPEX and PPA-based projects are also becoming popular. It simplifies the adoption process. Another model that is picking up is the deferred CAPEX model (option of paying through monthly installments). The captive rooftop model is also fast catching up. There are also other models tailored to suit the consumers.”

Echoing similar sentiments, Subrahmanyam said, ” CAPEX sales have been outstanding in the post-COVID era, and despite challenges, the belief in solar has been really strong. Captive rooftop is the next big thing, and it will gain mass adoption so that it becomes a significant part of the power mix. The general perception that rooftop solar hurts distribution companies (DISCOMs) is not true. The C&I segment is growing, and it’s only going to get more significant in the near future.”

“The main reason behind opting for a CAPEX or OPEX model is profit. Cost-cutting is an essential element while opting for any model,” noted Kumara Swamy Ediga.

On the topic of quality assets, Subrahmanyam said, “It depends on how we define quality. Savings is an essential part of any rooftop project. Best quality assets can be developed by optimizing technology, which holds the key.”

Stressing the role of cost in rooftop installations, Kumar said that cost plays a vital role in developing quality rooftop assets. Another equally important aspect is the payback period and when the consumer would get the return on investment. Even if the cost of rooftop systems is not the lowest, it should provide the lowest cost of production of energy.

“We also have to consider that each rooftop project is dependent on a number of parameters that come into play while optimizing generation,” added Kumar.

Technological innovations facilitating the growth of the segment

Speaking on the technological innovations leading the growth of the rooftop segment, Shantanu Sirsath said, “Basically for grid-interactive projects, we use string inverters. This is the trend in other countries as well. For projects of 1 kW-2 kW, string inverters are used, as the consumers don’t have to go for additional junction boxes. It improves the complete balance of system (BoS) of the rooftop project. We are also looking into innovations that would drive the inverter market. There has been a reduction in the average size of inverters, and it has reduced by nearly 30-40%, which makes the O&M activity easier for the consumer. In 2021, we came up with a new product-125 kW inverter, which is the highest capacity for the C&I segment. The 125 kW inverter reduces the number of inverters to eight, which is ten in the case of regular inverters for a 1 MW rooftop project.”

With a growing number of companies deciding to go green, open access has become a viable alternative for the C&I segment.

The Ministry of Power’s notification allowing net metering for prosumers with loads up to 500 kW has not adversely affected rooftop installations.

“The C&I segment is fast moving towards rooftop solar and open access. There are various reasons that are driving the growth of rooftop solar among C&I customers. Reduction in the cost of procurement of power is also driving this change. C&I customers are opting for captive and group captive projects to procure power. The cap to 500 kW for net metering is not a significant deterrent in this case. The choice is dependent on several reasons,” added Kumar.

Impact of Covid-19 and the rising cost of components

Sirsath noted that the Covid-19 pandemic impacted the solar supply chain in a big way. But despite the challenges, the demand has picked up, mainly driven by the C&I segment. “We have good relationships with semiconductor suppliers across the globe, and we have tie-ups with tier-I semiconductor suppliers all across the world. The solar supply chain has been disrupted, which has led to many challenges, but despite all these factors, the demand has been growing, which bodes well for the future,” he said.

“There has been an increase in the component cost, and this is bound to continue in the same vein. The raw material prices have gone up in the last year, and it will continue for another six to eight months. We are trying our best to keep the price at the same level. But if this trend continues, there will be a price increase in the coming months,” noted Sirsath.

Speaking on the future of the rooftop segment, Kumar said that hybrid systems would be the next big thing. “It will be the driving force in the next two to three years. Micro, small, and medium enterprises (MSMEs) will play an important role in the evolution of the rooftop market. The hybrid market is going to be the next bastion that the developers would like to conquer,” said Kumar.