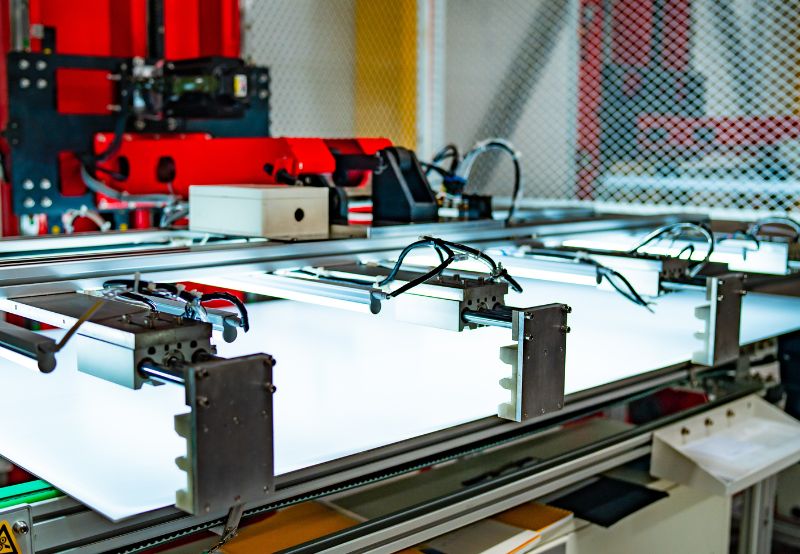 Solar module manufacturing technology has been evolving rapidly over the last few years, with Chinese companies at the forefront of the development.

The race for better and more efficient modules is providing breakthroughs in even relatively modern technologies like Heterojunction (HJT) solar photovoltaic.

These photovoltaic panels are better damage resistant and more efficient due to their bifacial make.

Further, they have a longer lifecycle than conventionally used crystalline silicon or the passivated emitter and rear contact (PERC), among other available technologies.

The latest announcement on HJT came from China-based solar module maker Risen Energy. The company said that its 710 Wp HJT hyper-ion module achieved an efficiency surpassing 22.5%, which has been certified by security and sustainability solutions partner TUV SUD.

The company claimed that its HJT hyper-ion module comes with an improved stable temperature coefficient and a high bifaciality of up to 85% with a band of ±5%, enabling power output of over 90% even after 30 years of use.

Risen said that the module is made with 100μm ultra-thin cell technology and a low-temperature process yielding a carbon footprint value lower than 400 kg equivalent CO2/kWc.

The alloy frame of the HJT hyper-ion module is strong, with the tear-resistant capability of the steel material increased by 20%, which is better than the conventional metal frames, the company said.

Risen said it has begun mass-production of the new modules. The company also claimed to increase the production capacity of solar cells and modules to 5 GW by the first half of 2023 and targets tripling the same to 15 GW in the next six months.

India also has initiated measures to commence procurement and production of HJT cells, with Reliance Industries inking a letter of commitment with Maxwell Technology last year to purchase eight sets of high-efficiency production lines for HJT cells, each with 600 MW capacity to manufacture an annual capacity of 4.8 GW cells.

Also, in December 2022, China-based LONGi Green Energy Technology claimed to have achieved a record efficiency of 26.8% for its HJT silicon solar cells on full-size silicon wafers through mass production. The efficiency was confirmed and certified in a report by Germany-based Institut für Solarenergieforschung in Hamelin.