The year 2017 proved to be an outstanding one for China’s solar industry. The country added an astounding 53.06 GW in solar installations a 54 percent Year over Year (YoY) increase in terms of solar photovoltaic (PV) power capacity addition by the end of 2017 compared to 34.54 GW installed in 2016.

According to the latest report released by Asia Europe Clean Energy (Solar) Advisory (AECEA), by the end of the year 2020, China may have approximately 250 GW of solar PV installed.

By the end of December 2017, the country had approximately 130.25 of cumulative installed solar capacity.

China added a total of 133 GW of power generation capacity in 2017 with solar dominating the energy mix. The 53.06 GW of solar added was more than the most conventional form of electricity – thermal power, which made up 45.78 GW of the energy mix. For China, this was the first time when solar capacity addition exceeded thermal power in a year.

In China, solar PV now occupies approximately 7.2 percent of the country’s total generation capacity and comprises about 1.9 percent of the total power generated, which nearly doubled YoY in the year 2017. According to data released by the National Energy Administration (NEA), the grid curtailment also witnessed a significant reduction in the preceding year. The national curtailment rate of solar PV is nearly six to seven percent now, representing a significant decrease of about 4.3 percent YoY. The average national utilization of solar PV increased in 2017 to 1,204 hours, an increase of about 72 hours from the year before.

2017 was a significant year for the country’s solar sector as it also exceeded the target set under China’s 13th Five-Year Plan, spanning from year 2016 to 2020. China was aiming at 105 GW of solar PV by the year 2020, and the target has already been exceeded by 24 percent.

According to new guidelines, the annual installation targets for solar between 2017 and 2020 range between 22.4 GW to 21.1 GW. However, distributed solar has been excluded from the target as such projects are not limited by any quota or capping.

In 2017, the country’s National Development and Reform Commission (NDRC) also released feed-in-tariffs for solar PV projects in China, to be levied from January 2018. The reduction in tariffs were in the 12-15% range for utility-scale projects. Effective January 1, 2018 FIT for distributed projects will be RMB 0.37/kWh which would be a 11 percent reduction YoY.

However, there were a few announced changes that did not go down well with the project developers. In December 2017, it was announced that the distributed solar projects which have been designed for full on-grid generation will be considered on par with the ground-mounted systems. This implies that the distributed solar projects which have not been designed to consume generated power on the site will be subject to RMB 0.55 (~$0.09)/kWh, RMB 0.65 ~($0.10)/kWh and RMB 0.75 (~$0.12)/kWh depending on the three solar resource regions. The AECEA report sounds warning on this announcement, saying that it would adversely affect the distributed solar market.

Moreover, the project developers are now required to get project approval, arrive at financial closure, execute the project and achieve the operational stage successfully; all within a period of 12 months (earlier 18 months).

According to data released by the China PV Industry Association in January 2018, the country’s share of global output in terms of solar cells, wafers, polysilicon and inverters have also recorded double digit growth in the year 2017. China’s share of global inverter supplies were approximately 55%, module 71%, cells 68%, wafer 83% and polysilicon was 56%.

Though the upcoming year of 2018 seems promising and full of opportunities for the Chinese solar industry, the AECEA report cautions that it could be a challenging ear in the face of various global events that might influence the Chinese market. For instance, the imposition of import tariff by the Trump administration in the U.S., the ongoing case in India about the imposition of Safeguard Duty, will inevitably impact the Chinese market dynamics. The external factors put aside, the country is poised to break new records in the upcoming year and continue to be a world leader in promoting the use of renewable sources. 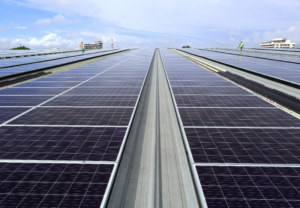 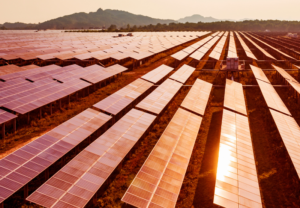 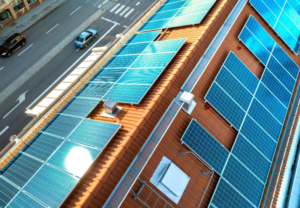 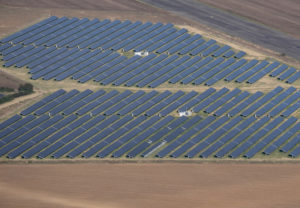 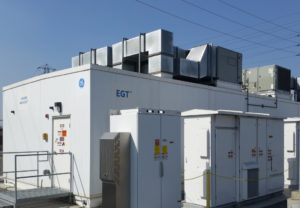