Lack of uniformity and standardization in wafer sizes are confusing manufacturers 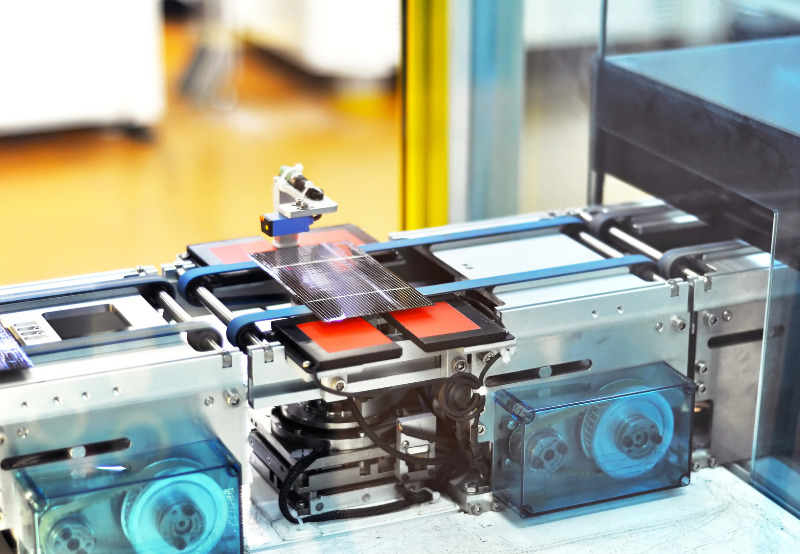 The past few years have witnessed significant changes in solar manufacturing with the introduction of new technologies such as half-cut and even triple-cut, passivated emitter, and rear cell (PERC), bifacial, heterojunction technology (HJT), among others. The sector is now moving gradually to the bigger sized M6 and M12 solar wafers from M2.

In the latter part of 2019, the M6 wafer with a length of 166 mm and a diagonal length of 223 mm was becoming the industry standard. This was initially introduced by LONGi, one of the world’s largest wafer suppliers. The resultant module size is 1,776 x 1,052 mm for the half-cell variant.

Though manufacturers vouch that these larger sized wafers result in a lower levelized cost of electricity (LCOE) and a higher return on investment for developers, we will not address that subject here. We are instead focusing on the implications of these technological changes on the Indian manufacturers.

The shift from M2 to M6 wafers will require manufacturers to install new equipment for which they would have to infuse capital. Small manufacturers will be affected the most.

Some companies have also started introducing the M12 wafers with 210 mm size to stay ahead of the competition.

Domestic Manufacturers Not Ready for the Shift

The industry believes that the total shift in wafer sizes from M2 to M6 to M12 can become a reality as early as 2021, and manufacturers will have to be prepared for this imminent change.

Speaking on the impact of the increase in wafer sizes, a spokesperson from a leading module and cell manufacturer said, “All our equipment in India can produce 166 mm cells, with marginal investment and minor modifications. But if tomorrow, China says that they will supply only 210 mm cells, all module makers in India will have to shut shop and buy new equipment. The micro, small, and medium enterprises (MSMEs) will have to invest a considerable sum of money, and everyone will not survive this shift. ”

He explained that for a 600 MW fully automatic Chinese line, an investment of around ₹600 million (~$8.18 million)-₹700 million (~$9.54 million) on machinery would be required. “Building costs will be extra. MSMEs will be in trouble as they will not be able to handle bigger cells manually. The manual process will be challenging, and automation is needed. If China stops making smaller cells, then India will be in trouble,” he said.

Traditionally, the size of solar cells used in the Indian market is 157mm, but with bigger wafer sizes, things are bound to get difficult for domestic manufacturers. There is a need for standardization to provide a level playing field for all module manufacturers, he added.

BIS Certification not in place

Commenting on the issue, another up and coming module manufacturer commented, “The 15X series is depleting as the market has moved to 16X 166 mm multi busbar. In India, nobody has this facility or the Bureau of Indian Standards (BIS) certification for it. So, it requires fresh investments for cell cutting. The technology is available only with China.”

“India will still look for poly PERC, but that will be a challenge as wafer producers are from China. Then India will have no other way but to go for 158.75 mm size mono and increase their module size and certification to produce 300 Wp/400 Wp modules. The industry has to be ready for 16X series cells. Indian manufacturers will have to go for new investments in production lines and certification. BIS is not geared up for this. In the next six months, things will move only when imports are allowed,” he said.

The Ministry of New and Renewable Energy (MNRE) recently extended the exemption for solar module manufacturers with less than 50 MW production capacity from having to acquire BIS certification. The exemption will now last as long as the International Electrotechnical Commission (IEC) certification for their products is valid, provided the certificates were obtained before April 16, 2018.

“We need new production lines for the change in wafer sizes. We are in the process of upgrading our production lines from M2 to M6. This happens with every new technology change, and one should be ready for it. For the change from M2 to M6 wafer size, we have to go for a new line. The entire setup has to change. It can be done with the existing setup, but productivity will suffer. We have to upgrade the existing lines or go for a new production line,” said Manjunatha DV, Managing Director of EMVEE Solar, on the impending change.

It was believed that M6 would remain the largest wafer size for some time. But a new wafer of M12 size was launched by the Chinese firm Zhonghuan Semiconductor in 2019. It would take some time before leading module manufacturers adapt to this new size, but that will only add another layer of complexity.

Dhruv Sharma, CEO of Jupiter Solar, believes the change will not happen soon.  “Currently, the standard manufacturing lines are equipped to deal with minor modifications. For changes to 188 mm wafers and beyond, more modifications will have to be made. The 210 mm wafer is promoted by only one company. It may be a large company, but several smaller companies are manufacturing 158.75 mm, 166 mm, and 188 mm wafers. I don’t think the change will happen soon. The 210 mm wafer will not be the ultimate size because the modules can become very large. The change can occur in the utility segment, but it is not going to happen soon.”

There is currently some interest in M10 wafers of 182 mm, which helps design modules with 500 Wp and above output.

While the focus around the world is on M10 and M12 wafers, India is gearing up to transition to the M6 wafer size. Some manufacturers believe that there is no way around the up-gradation of technology.

Sharing his thoughts on this continuous evolution of technology, Saibaba Vutukuri, CEO of Vikram Solar, believes that technology’s evolution is inevitable and that it has to happen for the development of the sector.

“The manufacturers are ready for this change in wafer sizes. The introduction of M10 and M12 wafers will take some time, maybe a year or so. But we are ready for the transition to the M6 wafer size. Technology has to be upgraded continuously. This will help increase the efficiency of modules, reduce the plant load factor and the balance of system (BoS) cost, and lead to lesser land usage. There are several advantages of this change, and we at Vikram Solar are moving ahead to adopt this change. We recently introduced modules with over 500 Wp output and are looking forward to this new step in the sector’s evolution in the country,” he said.

Since the inception of the National Solar Mission, the focus has primarily been on module assembly as it is cheaper to setup. Some manufacturers began producing cells, but there were never any investments made in polysilicon and wafers, which require significant financing and constant R&D to keep up with the technology changes. Without a local manufacturing ecosystem, manufacturers have no other choice but to continue adapting to new technologies and standards set globally.

Per Mercom Research, about 48 GW of solar projects are in the pre and under-construction stage. In this huge market, which module technology is going to capture a majority of market share? Find the answers to these critical questions, register for Mercom’s webinar “Module Technologies and Trends Dominating the Indian Solar Market” to held on Friday, January 22, 2022, at 3:00 pm IST.