In an important development, the Central Electricity Regulatory Commission (CERC) has directed the Central Transmission Utility (CTU) to revoke the stage-II connectivity of Toramba Renewable Energy. It has also asked the CTU to return the bank guarantee to the company within ten days from the issue of the order.

In May 2018, Toramba Renewable Energy filed a petition with the CERC seeking an extension for the financial closure of the project.

Toramba Renewable Energy had requested the commission to extend the timeline by nine months to procure the remaining land and to achieve financial closure.

The company had applied for stage-1 connectivity on July 20, 2018. Then in July 2018, Toramba applied for stage II connectivity, which was granted by PGCIL. Subsequently, the petitioner requested PGCIL to modify certain requirements provided in the stage-II connectivity. The company furnished a bank guarantee of ₹50 million (~$697,231) and had also said that it would also construct the dedicated 400kV S/C transmission line for the project.

Later in February 2019, the CERC issued its approval for the transmission line with a minimum capacity of at least 900 MW at a nominal voltage from Toramba Pooling Station to Solapur Powergrid sub-station.

The company received a no-objection certificate from the Airports Authority of India (AAI) in March 2019 for the construction of the project at the sites allotted.

After receiving assurance from the Maharashtra Energy Development Agency (MEDA), the nodal agency, the process of acquiring land began.

The petitioner submitted that it had taken substantial steps for developing the project and has already acquired 50% of the land but has not been able to achieve the financial closure within time due to a delay in issuance of notification of the policy framework by the state government.

The petition added that Maharashtra’s renewable energy policy only covers the projects which are being developed with the state transmission utility connectivity and to sell power to the distribution licensee or captive or open access users. There is no other policy framework for the development of wind power projects in the State of Maharashtra, the petition noted.

It has also been quoted in the petition that as per the clarification from the Ministry of New and Renewable Energy (MNRE) in 2018, for renewable projects being implemented by the Solar Energy Corporation of India (SECI), National Thermal Power Corporation (NTPC), and NTPC Vidyut Vyapar Nigam (NVVN) or any other agency on behalf of the MNRE, the mandatory registration with the state nodal agency would not be required.

Following this clarification, MEDA stopped registering wind power projects intending to sell power through the ISTS network. Further, due to the absence of MEDA’s registration for projects intending to sell power through ISTS connectivity, the company could not get exclusive rights over locations identified by it. Consequently, the petitioner lost some of the already acquired and developed locations and has found it challenging to procure land in other identified locations.

PGCIL, in turn, said that the demand for an extension of nine months was not sustainable as the petitioner chose to take the commercial risk of applying for connectivity issued by the Commission for grant of connectivity to projects which are based on renewable sources to interstate transmission system in 2018.

Having taken a business risk and being completely aware of the uncertainties involved, the company cannot now contend that the delay in the formulation of policy is a supervening event that was beyond the control of the petitioner.

After listening to both sides, the Commission also noted that in line with the state policy, the project developer must submit an application for grid-connectivity in the prescribed format along with the details of the nearest sub-station.

The petitioner had requested that since it was not able to implement the projects, it had no other option but to surrender the connectivity and had requested the return of the bank guarantee furnished.

Now, according to PGCIL, the tendering process for the transmission line was completed, and there was no provision for discharging bank guarantee before the evacuation of power from the project.

Considering the complicated problem at hand, the central Commission decided to exercise its “power to relax”. Power to relax means that to remove unnecessary hardships, the Commission can relax any regulation and its provision that are causing the problem. Therefore, the Commission ordered to relax a provision under the detailed procedure passed in 2018 and has allowed the discharge of connectivity bank guarantee furnished by Toramba Renewable Energy.

In November 2019, the Maharashtra Electricity Regulatory Commission directed the Maharashtra State Electricity Distribution Company Limited to clear its outstanding dues with three wind developers in the state, including interest for delayed payment charges.

Previously, it was reported that the MNRE directed the National Thermal Power Corporation, and SECIto to release performance bank guarantee (PBGs) for the solar and wind power projects that have been commissioned. The MNRE states that the PBGs may be released within 45 days from COD (Commercial Operation Date), subject to fulfillment of requirements of submission of all the requisite documents. 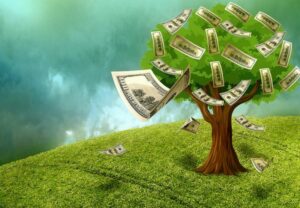