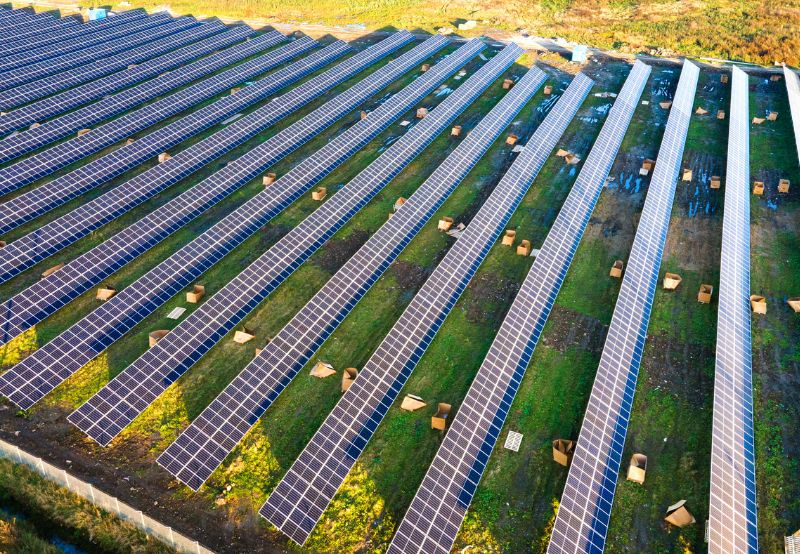 The Central Electricity Regulatory Commission (CERC) has ruled that solar developers are entitled to compensation in lieu of higher expenses incurred after the Goods and Services Tax (GST) came into force.

The compensation would qualify under the ‘Change in Law’ event and will be applicable even if GST was promulgated after the project’s commercial operation date (CoD).

Further, the Commission’s order allowed compensation to developers on account of additional expenditure towards operation and maintenance (O&M) activities, even if these services were outsourced.

The Commission also directed the affected parties to reconcile O&M-related compensation by demonstrating a one-to-one correlation with the projects and the invoices raised by the generators.

However, the order said that the implementing agencies are responsible for clearing developers’ dues without making it contingent on receiving funds from the DISCOMs.

The petitioners are solar project developers selected as successful bidders to execute specified projects under the National Solar Mission Program conducted by NVVN, NTPC, and SECI.

The petitioners signed power purchase agreements (PPAs) with DISCOMs to develop solar power projects in the states of Rajasthan, Karnataka, and Maharashtra.

On July 1, 2017, the GST laws were introduced, which subsumed multiple extant indirect taxes.

The generators filed the petitions seeking compensation due to additional costs incurred on account of GST.

The Commission had earlier noted that the claims on account of the additional tax burden on ‘O&M’ expenses were not maintainable.

Aggrieved by the order mentioned above, the generators filed appeals before the Appellate Tribunal for Electricity (APTEL)

APTEL set aside the impugned orders and asked the central Commission to reconsider the matter.

NVVN and SECI said that Article 12 of the PPAs dealing with the ‘Change in Law’ provision did not deal with the relationship between the generators and their contractors, particularly those contractors who render O&M services.

They added that the petitioners had not given any details regarding the O&M agreements or the invoices for the claims.

The generators said they were claiming additional expenses due to higher tax burden due to GST on O&M services.

The Commission observed that the judgment passed by APTEL in the Coastal Gujarat case inferred that the generating company could outsource O&M activities if they weren’t expressly prohibited in the agreements.

Once it was established that the levy of a tax on services had an impact on the cost of or revenue from the business of generation and sale of electricity – whether directly or indirectly, compensation must follow, the order said.

Hence, the petitioners were entitled to compensation for the additional tax burden towards O&M activities even though they were outsourced.

In August this year, CERC had directed SECI to compensate a solar developer for the additional cost incurred due to the imposition of GST laws on an annuity basis.