The Central Electricity Regulatory Commission (CERC) has approved the introduction of the ‘Green Term-Ahead Market’ (GTAM) contracts on the Indian Energy Exchange (IEX), adding that it would provide an avenue for short-term trading of renewable energy.

The Commission said that the availability of the trading platform would attract participation from buyers and sellers and, in the long term, will promote renewable energy trading capacity.

CERC, in its order, stated that revisions in scheduling, as well as an intimation of schedule, have to be as per the CERC (Open Access in Interstate Transmission) Regulations, 2008 as is being followed in case of ‘Term-Ahead Market.’

The Commission agreed with the proposal of IEX that the obligated entities procuring renewable power through GTAM would be eligible for fulfillment of the renewable purchase obligation (RPO) targets.

Earlier, IEX had filed a petition with the CERC seeking approval for the introduction of ‘Green Term-Ahead Market’ contracts on its platform. The IEX had also requested the Commission to consider the power brought by the proposed ‘Green Contracts ‘to be considered for RPO compliance.

The Commission noted that the rate for settlement of deviation for sale of power through open access by a renewable generator to an obligated entity for meeting its RPO target would be the average power purchase cost (APPC) rate at the national level.

Any seller transacting through a portfolio needs to ensure that the source of generation (solar or non-solar) is indicated in the no-objection certificate clearly to participate in the solar or non-Solar segment of GTAM.

The IEX had initially submitted the proposal for the introduction of GTAM Contracts on its platform on November 26, 2018. The Commission heard the matter on May 09, 2019. It noted that the IEX had not explained the procedural aspects as to how the deviation in the RE generation would be treated in the context of fulfilling the RPO requirements.

Accordingly, the Commission directed the petitioner to give wide publicity to the proposed GTAM contracts inviting comments from all stakeholders.

The different types of GTAM contracts are given below:

IEX proposed the following eligibility conditions which were approved by CERC:

IEX, in its submission, said that the renewable energy-rich states could also use GTAM to sell their surplus power on a short-term basis.

Regarding the treatment of deviation in the context of the deemed RPO, IEX had submitted that it would be per the provisions specified under the CERC’s (Deviation Settlement Mechanism) Regulations, 2014. CERC agreed with the procedure for deviation settlement which is given below:

CERC agreed with IEX’s proposal to reduce the minimum capacity from 1 MW to 220 kW and tick size from 1 MW to 0.1 MW.

IEX noted that most of the state electricity regulatory commissions (SERCs) in their forecasting and scheduling regulations have provided that the SLDCs are required to maintain the state DSM pool. They can also purchase RECs in case of shortage of generation in the pool mirror-imaging the mechanism followed by NLDC at the national level. IEX noted that that non-solar renewable generators other than the wind would also be promoted.

The Commission did not agree with the proposal to allow revisions in renewable generation during the day, as proposed by IEX.

As per the CERC (Open Access in Interstate Transmission) Regulations, 2008, in the term-ahead market, once the schedule is finalized for the day, it cannot change, but renewable generation varies. Taking this into consideration, the generators had requested to allow revisions.

CERC said that revisions in scheduling, as well as an intimation of schedule, have to be done per the CERC regulations.

The IEX has also requested the Commission to extend the waiver of inter-state transmission charges and losses for the transactions in GTAM.

Recently, IEX announced that its new real-time electricity trading platform had enabled a trading volume of 515.46 million units (MUs) of power in June 2020, its first month of operation. In its press statement, IEX also said that it accomplished a single-day trading volume of 36.09 MUs on June 30, 2020, the highest during the month.

Earlier, Mercom had reported that there was a surge in the trading of solar renewable energy certificates (RECs) in June 2020 compared to the previous month despite the ongoing COVID-19 crisis and the subsequent lockdown across the country. However, the trading of non-solar RECs saw a slight decline in numbers when compared to May 2020. 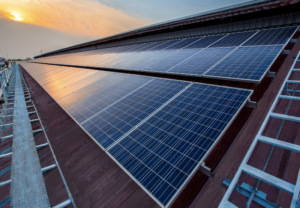