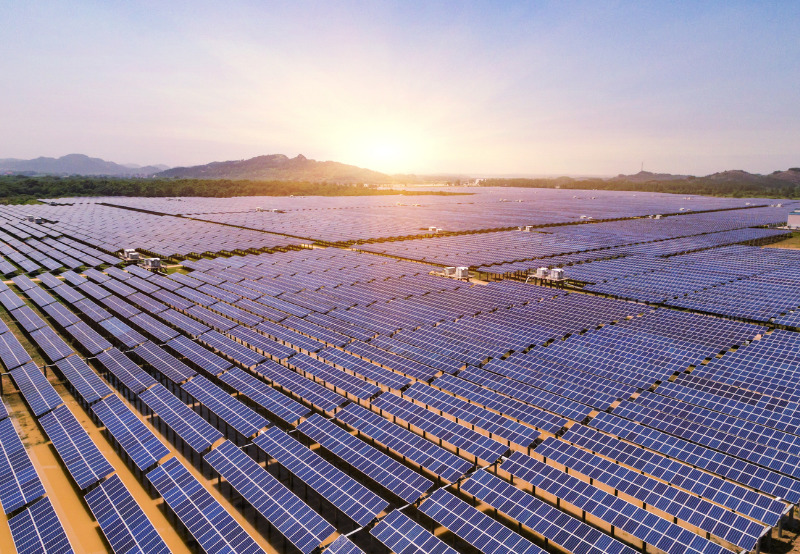 The Central Electricity Regulatory Commission (CERC), in a recent order, adopted the ceiling usage charge of ₹3.50 (~$0.046)/kWh for 1,692 MW of solar power projects (Tranche I & II) under the second phase of the Central Public Sector Undertaking (CPSU) Program.

NTPC had filed a petition for the adoption of usage charge for 1,692 MW of solar projects (Tranche I&II) connected to the interstate transmission system (ISTS) and selected through competitive bidding under the CPSU Program, Phase-II with viability gap funding (VGF) support by the government.

Phase-II of the CPSU program to set up 12,000 MW of grid-connected solar projects for self-use or use by government entities was approved by the President of India in March 2019.

Subsequently, NTPC requested SECI to approach CERC for the adoption of bids. However, SECI refused to take action. The projects have been established in Rajasthan, Tamil Nadu, and Telangana and supply power to Telangana.

NTPC clarified that the competitive bidding process had been carried with VGF as the bid parameter specified in the CPSU program, Phase-II. The petitioner and the DISCOMs agreed to the usage charge.

In a subsequent hearing, the nodal agency added that the program permits a mutually agreed usage charge between the government power generator and consumers, i.e., the government entities, either directly or through DISCOMs, subject to the ceiling.

The Commission observed that only government-owned power generators were eligible for availing VGF under the CPSU Program, Phase-II. Setting up solar power projects under the program was solely for self-use or use by government entities, either directly or through DISCOMs.

The Commission said that the usage charge arrived at between NTPC and the Telangana DISCOMs under various PUAs was within the ceiling of ₹3.50 (~$0.046)/kWh as specified in the CPSU Program, Phase-II.

In June this year, the Ministry of New and Renewable Energy extended the commissioning for solar projects under Tranche-III of the CPSU Program, Phase-II to 30 months from 24 months.