The global investor will invest $75 million in the company

Once the transaction is complete, which is subject to approval from Azure Power’s shareholders and other customary closing conditions, CDPQ’s stake in Azure Power will increase from 41.4% to 49.4%.

Last year, Mercom had reported when CDPQ had announced that its stake in Azure Power had been increased to 40% through ₹7.32 billion ($0.1 billion) contribution to the company’s capital raising.

According to Mercom’s India Solar Project Tracker, Azure Power has around 1.7 GW of large-scale solar projects in operation, and ~1.9 GW of solar projects are under the development pipeline.

Earlier this year, CDPQ announced that it had raised its target for its carbon-neutral assets to CA $32 billion (~$24.2 billion) by 2020.

CDPQ has been actively involved in solar-related investments in the past few years. Last year, the company had announced an investment of CA$150 million (~$114 million) in debt financing to ContourGlobal. ContourGlobal is a platform for acquiring and developing energy assets with long-term contracts across the world.

There was another foreign investment in an Indian renewable energy company recently. Just a few days ago, the United Arab Emirates-based Masdar invested around $150 million (~₹10.7 billion) in Hero Future Energies. This was the second such strategic investment in HFE since 2017 when an investment of $125 million (~₹8.94 billion) was made by the International Finance Corporation (IFC), which is an arm of the World Bank.

According to Mercom Capital Group’s recently released 9M 2019 Solar Funding and M&A Report, the total corporate funding (including venture capital/private equity, public market, and debt financing) in the first nine months (9M) of 2019 was up with $9 billion raised, compared to $6.7 billion that was raised in the same period last year, a 34% increase year-over-year (YoY). 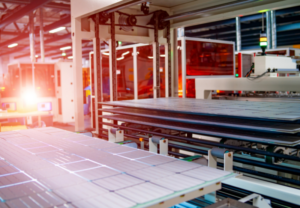 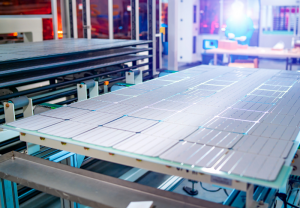