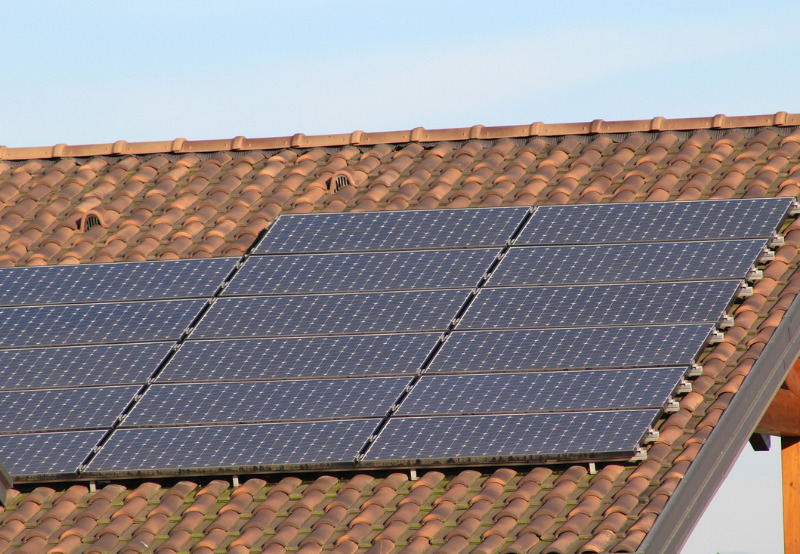 Rooftop solar systems empower consumers with two distinct benefits – savings on power costs and contribution to the environment by going green. The two most popular models are- OPEX and CAPEX when it comes to the investment options in rooftop solar systems.

We have elaborated on what these models entail and why each of them makes a convincing case to invest in rooftop solar.

The OPEX or the operating expenses model is a system where the developer owns the solar project, and the consumer only has to pay for the energy generated. This model is also called the Renewable Energy Service Company (RESCO) model.

Rooftops installed under the OPEX or RESCO model require the consumers to enter into a long-term, legally binding agreement for the roof on which the solar system is installed. They must also sign a long-term power purchase agreement (PPA) for the supply of power.

PPAs can be signed for up to 25 years, and the consumer is expected to pay a pre-determined tariff for this duration. Any excess electricity generated may be injected into the grid.

In this model, all capital expenses and risks are entirely borne by the developer. The developer will be the system’s owner for its entire lifetime and must provide operation and maintenance services throughout.

According to rooftop installers, consumers could have to pay a tariff ranging between ₹3.8 (~$0.051)/kWh and ₹5 (~$0.068)/kWh for the PPA duration. The tariff varies depending on the state and the policies prevalent at the time.

A major benefit of the OPEX model is going solar without any large upfront investments. However, not all installers may be willing to undertake smaller projects which individual households or smaller companies may be interested in. OPEX project installers tend to prefer medium to large-sized projects under this model.

“Not many companies offer rooftop installations under the OPEX model for around 5 kW in size. They need a minimum capacity of around 500 kW or more to make it viable. Hence, the primary consumer base for the developers is the commercial and industrial (C&I) sector,” said Shobit Rai, Director at Prozeal Infra Engineering, a solar engineering, procurement, and construction (EPC) company and rooftop developer.

Once the PPA expires, the ownership of the rooftop project will be transferred to the customer. However, companies also include a provision for them to buy back the project before the PPA expires. This allows the consumer to transfer the project back to the developer after five years at a pre-determined rate.

Consumers who do not have the resources to operate and maintain the projects or are not ready to make a long-term capital investment in a technology they are not sure about can opt for this model. They can choose to exercise the buy-back provision on their PPAs after giving the project a trial for five years.

Some other drawbacks of the OPEX route are the lack of any tax depreciation benefits, Goods and Services Tax (GST) benefits, and a higher levelized cost of energy (LCOE), explained Raghav Mittal, Chief Executive officer at SunAlpha Energy, a Jaipur-based solar EPC company and rooftop installer.

The OPEX model is ideal for smaller companies with expansion plans looking to meet their green initiatives. They can avail benefits of around 30-40% on their electricity bills, depending on the tariffs set by their respective state distribution companies (DISCOMs), said Prozeal’s Rai.

The CAPEX route is the better option for all other consumers, especially considering states are currently providing significant subsidies on residential rooftop solar installations.

The CAPEX or the capital expenditure model, on the other hand, is a self-funding model where consumers have to bear all the capital expenses incurred in installing a rooftop system upfront. These expenses include funds used to set up, maintain, and operate the project. They also include the cost of the equipment, labor, upgrades, and other material costs.

Consumers taking the CAPEX route can approach vendors or installers to set up the rooftop solar system to reduce their power costs. Any residual power or excess generation can be injected into the grid.

“The CAPEX model is beneficial to companies or consumers who have excess cash in their books and are interested in availing GST and depreciation benefits. The payback period for these projects is usually not more than four years,” said Rai.

On top of these, the CAPEX model also allows consumers to enjoy complete ownership of the product. They have control over the type of technology being used and, more importantly, the quality of the components that go into their projects. Aside from GST input and accelerated depreciation benefits, consumers also enjoy a lower Levelized Cost of Energy (LCOE) in the CAPEX route.

“The project’s safety and quality are under the consumer’s control under this model, whereas, under the OPEX model, it is left to a third party. They might compromise on these aspects to save costs on their end. This is not the case under the CAPEX model,” said Sachin Agrawal, Deputy General Manager – Solar at Godrej & Boyce, a rooftop solar EPC company.

One possible downside to this model is that all the risks involved in owning and operating the rooftop system would have to be borne by the project owner. This includes operations, management, and maintenance. However, it does not take long for consumers to recover their investments under this model.

It takes just about four years for consumers to see returns on their capital investments. Consumers and companies with sufficient cash reserves should ideally go the CAPEX route as they can claim depreciation and GST benefits, which come up to about 40%, said Rai.

This also makes more sense for residential consumers, especially when coupled with state subsidies. In March, Uttar Pradesh announced subsidies ranging from ₹15,000 (~$208)/kW to ₹30,000 (~$416)/kW for residential rooftop projects between 1kW and 3 kW coupled with a 40% central subsidy. Punjab also announced a subsidy model under which a 1 kW rooftop will only cost around ₹22,000 (~$298).

Which One is the Best?

So, which option makes more sense for consumers looking to go green? Mercom asked rooftop developers and installers what they have seen in the market so far.

“The CAPEX model is generally preferred by small and medium-scale enterprises and retail players as it is relatively cheaper than the OPEX model. Though it entails an upfront cost, it also enables consumers to claim tax benefits under the depreciation model of an asset. In contrast, the consumers for the OPEX model are generally multinational corporations and large-scale enterprises,” said Rajan Trehan, Senior Assistant Vice President – Corporate Strategy and Finance at MYSUN, a rooftop solar development company.

The larger upfront investments incurred under the CAPEX model are offset to a large extent as costs can be recuperated reasonably fast – within four or five years – and consumers have complete control over the quality of components used. Paired with state and central subsidies for the residential sector, this would be ideal for consumers under this segment and even larger corporations.

“If you have unutilized cash reserves, you should go the CAPEX route as the cost recovery period is pretty short. If you are not confident about the operational risks, technology, or warranty, among other things, then you should go for an OPEX installation and still enjoy benefits over around 30-40% on your power bills,” Rai concluded.