Can Solar Developers Rely on Local Manufacturers for Module Supply Without Disruptions?

Both parties seem to be at loggerheads with their expectations, which may adversely impact the country's future solar projects 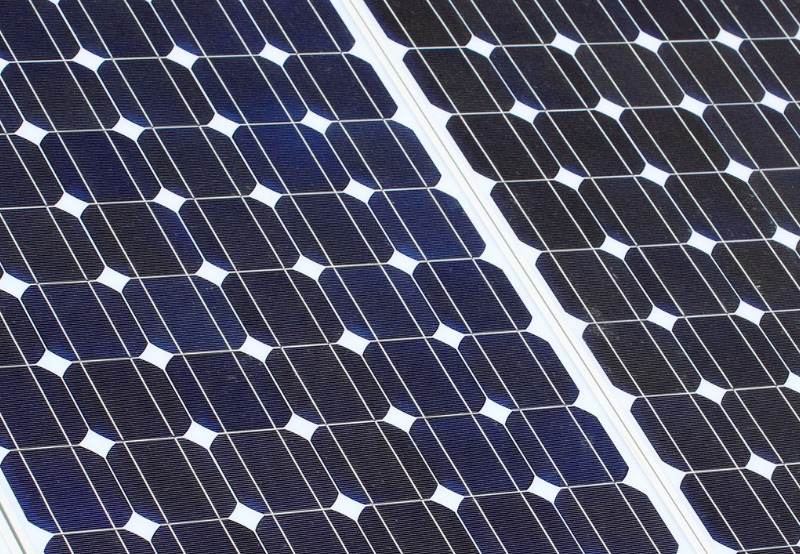 The government’s focus lately has shifted strongly towards establishing a domestic solar manufacturing base.

The government has levied safeguard duty, Basic Customs Duty (BCD), introduced the approved list of module manufacturers (ALMM), and mandated domestic content requirement (DCR) for modules (for central public sector undertaking projects) to support manufacturing in India. But it could take some time before the developers can completely depend on the domestic manufacturers for solar modules.

India still relies heavily on Chinese imports, with Chinese companies including those with operations based outside China, meeting 95% of India’s solar module requirements.

Mercom spoke with the manufacturers and solar developers to understand how the solar sector expects to meet its goals and challenges along with being self-reliant.

Can domestic manufacturers meet the demand?

The general opinion seems to be hinting that domestic manufacturers could supply more than 50 MW per month. According to the founder and director of Goldi Solar, Bharat Bhut, 50 MW is not a challenge in the present scenario.

He said, “Looking at the manufacturing expansion plans, original equipment manufacturers,  including Goldi, will have the capabilities to deliver 100 MW and above monthly. There are some issues with prices and availability of raw materials, which the government is addressing.”

Mukeshbhai Singhala, Chairman of Pahal Solar, told Mercom that their current manufacturing capacity is 210 MW, and in the next two or three months, the company is expected to reach 300 MW capacity.

Speaking from the developer’s perspective, sources from Greenko Solar told Mercom that, as for the total manufacturing capacity of solar cells and modules, 50 MW a month is not an issue.

The source added, “It must be noted that only a few companies have automated lines that can churn out reasonably good-quality modules. The rest of them are all small players catering to off-grid applications.”

However, according to Gajanan Joshi, who heads project development in Asia for the German company WattKraft Solar GmbH, what matters is whether the manufacturers are already booked for other projects when other developers approach them.

He said, “It is necessary to assess this because manufacturers will accept orders irrespective of their delivery capacity and delay the project significantly by not delivering on time. In such a scenario, the developers will start competing with each other because they want to meet their deadlines, and they will try and convince the manufacturers by promising additional down-payment before delivery to ensure their shipment reaches on or before time.”

He further added, “If they don’t have the equipment, workforce, or bandwidth, they will not be able to deliver as per developers’ deadline. For a manufacturer, 50 MW/month (600 MW/year) is not a difficult task at all. There are manufacturers in India who are already going above 1 GW.”

According to Joshi, the real question is whether Indian manufacturers can meet the 100 GW deadline within the next 18 months.

Bhut told Mercom that the pandemic had created a host of issues, including an increase in shipping costs, an almost five times increase in freight charges, and a multifold increase in raw material prices.

“Polysilicon cells and wafers are in short supply, and there is a rise in the cost of the total bill of materials (aluminum, backsheet, and ribbon) as well. Owing to the shortage of raw materials, India is now trying to manufacture them domestically, and the country is seeing growth in the ancillary industry,” Bhut informed.

He further added, “We need to start seeing policies that will help the MSMEs and ancillary industry keep up with the pace of manufacturing modules. The government needs to extend the performance-linked incentive (PLI) program to solar raw material and other solar component manufacturers like glass, ethylene-vinyl acetate, backsheet, etc.”

Meanwhile, one of the biggest concerns for manufacturers is the end of the safeguard duty regime. The crucial duty protecting domestic solar cell and module manufacturers in India against imports from China, Thailand, and Vietnam ended on July 29, 2021.

Commenting on the future of the industry, the All India Solar Industries Association (AISIA) told Mercom, “There will be no duty barriers for imports of solar modules from the date of safeguard duty expiry to the date of implementation of BCD in April 2022. This nine-month period will have a crippling effect on domestic manufacturers, which may also lead to the shutdown of units in India, putting 200,000 jobs at stake in the sector. If the government fails to bring in any substantial measures, history will repeat itself, thus making India a dumping ground for solar equipment.”

According to the Association, anti-dumping duties levied on raw materials like glass, EVA will remain intact, resulting in substantial cost differences in indigenously produced solar modules.

The association said, “Domestic manufacturers will have to continue paying hefty duties on raw materials imported, thereby being unable to compete with the cost of internationally produced modules. The lack of clarity on the interim measures is problematic and dissuades domestic players from purchasing solar cells and modules from Indian manufacturers.”

AISIA told Mercom that they are already witnessing delays in project installations and cancellations of orders as most are awaiting cessation of safeguard duty to place orders for imported modules. From August 2021, 100% of solar modules will be imported, with no tariff restrictions or policies to aid Indian manufacturers to sustain operations.”

Meanwhile, Bhut told Mercom that the introduction of BCD, PLI program, and ALMM are all government initiatives supporting domestic manufacturing.

He said, “Irrespective of size, small or big, the new duty regime will have a beneficial role to play. BCD has also helped generate positive sentiment among Indian solar manufacturers and the auxiliary industry. Investor sentiment has also gone up, and the move will help the manufacturing industry explore its potential. We expect the domestic manufacturers to catch up and meet the sales numbers of imported modules by mid-June 2022.”

However, the duty regime does not offer the developers any incentive to buy from the domestic manufacturers.

Sources at Greenko Solar told Mercom that although the duty regime prepares the Indian developers to get accustomed to domestic procurement in fulfilling the nation’s ‘Make in India’ goals, several challenges need to be addressed before this dream becomes a reality.

The source said, “Under the changed scenario, i.e., the post-pandemic period, it is not just the duties that matter. The backend support in terms of creating conducive infrastructure, inclusive development, and push towards building necessary technological innovations by the government and private parties alike also play a major role. Otherwise, these duties are mere disguises to promote inefficient solar manufacturers within the country. In this very sense, the duties do more harm than good to the solar industry.”

The source at Greenko further stated, “Given the shortage in the time available for manufacturers to gear up to the Tier-1 Qualified Product Database requirements, it is certain that solar developers would continue to face the brunt of increased engineering, procurement, and construction costs, which might in turn adversely affect the construction quality of solar PV projects and their long-term performance therein.”

According to the source at Greenko, the Indian domestic solar manufacturing sector has an opportunity now to rise to international standards. In the future, Indian manufacturers should work on new and advanced proven technologies such as TopCon, silicon heterojunction technologies, among other passivated emitter rear cell (PERC) technologies, that benefit the developers with 35 years’ linear warranty by increasing the return on investment and levelized cost of energy.