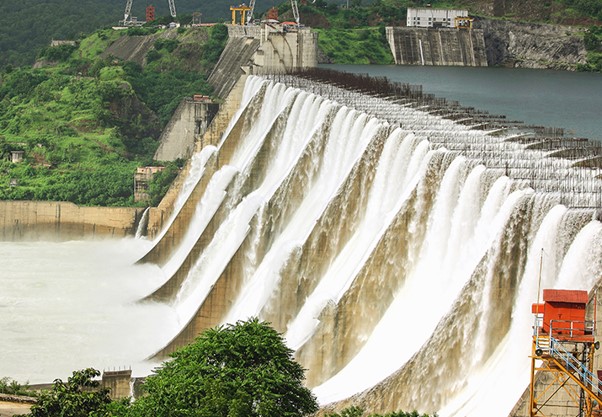 For projects co-located within a generating station, the appropriate commission will determine the tariff for the renewable energy supplied. In this case, the project has to be set up through competitive engineering, procurement, and construction (EPC) tendering.

In the case of renewable power projects located near a generating station, power will be procured on a competitive bid basis.

A generating company or its subsidiary will be allowed to establish a renewable power project within its vicinity through a tariff-based competitive bidding process provided a government-approved third party calls the bids.

The battery energy storage system with the renewable project should also be set up through a competitive bidding process.

No additional transmission charges will be levied for bundling renewable power with thermal or hydropower when the renewable power project is co-located within or near a generating station.

There will be no transmission charges for using the inter-state transmission system (ISTS) when power from a renewable project situated at one generating station is supplied to procurers of another generating station owned by the same generating company. This applies to renewable energy projects where the evacuation is from the same switchyard of the thermal or hydropower project. This also applies to such renewable projects evacuated through the existing ISTS network without any augmentation.

The waiver of ISTS transmission charges for sale through power exchanges or to any third party will be per the existing policy.

Regarding the scheduling and commercial mechanism, the notification states that once the schedule for the next day is received, the power generator will have the flexibility to use thermal or hydropower and renewable power to meet the scheduled generation.

Also, the total power supplied from thermal or hydropower plus renewable sources on an actual basis will be considered for the Deviation Settlement Mechanism (DSM).

The renewable power supplied to the DISCOMs should be at a tariff less than the generating station’s Energy Charge Rate (ECR). This tariff should include the balancing cost and the tariff risk of the power generator.

The notification adds that the net savings realized from the supply of renewable power in place of thermal or hydropower under existing PPA will be passed on to the DISCOMs by the generating company monthly. The savings will be shared equally between the DISCOMs and generating company, subject to the power generator’s cap of ₹0.07/ kWh (~$0.0094).

DSM charges will not apply to generating stations that can meet their scheduled generation by supplying thermal, hydropower, and renewable power in any ratio.

Central Electricity Authority shall monitor the implementation and suggest changes, if required, in the scheme to the Central Government. In doing so, CEA may consult MNRE, POSOCO, CERC, Distribution Licensee, and other stakeholders.

The DISCOMs can procure renewable power per the existing PPA to meet their renewable purchase obligation (RPO). They will not be required to sign any additional agreements in cases where the tariff of renewable power is less than the energy charge rate of the generating station.

During such conditions, a renewable power project would not be operating under the flexibility program. Therefore, there will not be any requirement of sharing gains or losses derived by selling such renewable power in the market.

The concerned Regional Load Despatch Centres or Regional Power Committees will facilitate the sale of such power in the power market by separate scheduling of renewable power for either co-located or located near renewable projects.

Recently, the Ministry of Power issued revised guidelines for thermal power generation companies to either set up renewable energy generation capacities themselves or through developers by inviting bids and supply power to consumers under existing PPAs.

India’s installed renewable energy (including large hydro projects) capacity stood at 143.9 GW, accounting for a share of 37.4% in the overall power mix at the end of Q2 2021, according to preliminary data from the Central Electricity Authority (CEA), Ministry of New and Renewable Energy (MNRE) and Mercom’s India Solar Project Tracker.