The government to propose a new battery swapping policy soon 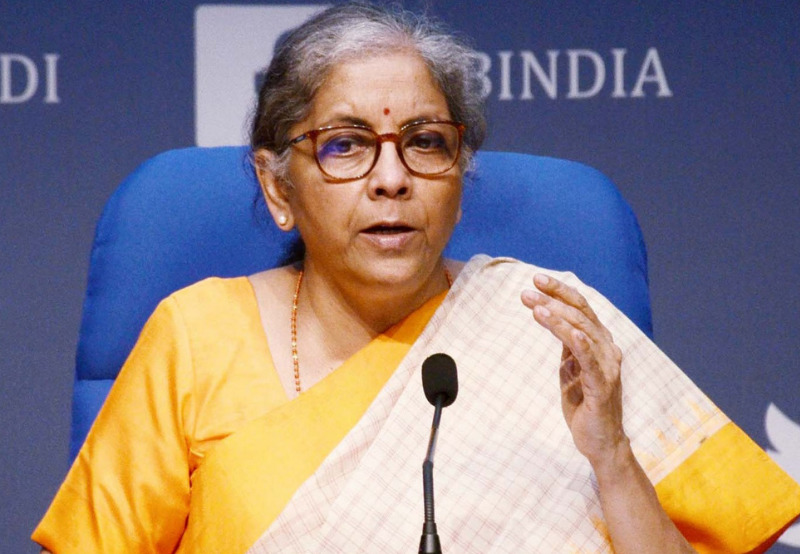 Union Finance Minister Nirmala Sitharaman presented the 2022-23 budget in the parliament against the backdrop of an economic revival.

Stressing the success of the production-linked incentive (PLI) program, the finance minister said that the response for the program has been good. To facilitate domestic manufacturing for the ambitious goal of 280 GW of installed solar capacity by 2030, the government would allocate an additional ₹195 billion (~$2.61 billion) for the program.

Also, the government is planning to develop a battery swapping policy to boost the development of charging infrastructure in the country, and inter-operability standards would be formulated. The finance minister said that the private sector should play an important role by offering battery and energy as a service to facilitate the growth of electric vehicles (EVs) in the country and the efficiency of the EV ecosystem.

The government reiterated its stand to promote a shift to the use of public transport in urban areas. This would be complemented by cleantech and governance solutions, special mobility zones with zero fossil fuel policy, and EVs.

Highlighting the need for a green revolution, the Sitharaman added that the government would issue green bonds to mobilize resources for green infrastructure for public sector projects aimed at reducing carbon emissions and promoting the use of energy storage, grid storage, and battery storage systems.

Renewables under other programs

The government has also proposed the implementation of the Ken-Betwa Link Project at an estimated cost of ₹446.05 million (~$5.97 million) will be taken up. The project aims to provide irrigation benefits to 9.08 lakh hectares of farmers’ lands, a drinking water supply for 6.2 million people, 103 MW of hydropower, and 27 MW of solar power. A total of ₹14 billion (~$187.09 million) has been allocated for the project in the budget 2022-23.

Also, the minister added that border villages with a sparse population, limited connectivity, and infrastructure often get left out from the development gains. Such villages on the northern border would be covered under the new ‘Vibrant Villages Program.’ The activities will include the construction of village infrastructure, housing, tourist centers, road connectivity, provisioning of decentralized renewable energy, direct-to-home access for Doordarshan and educational channels, and support for livelihood generation.

Saksham Anganwadis are a new generation of anganwadis (government-funded rural childcare facilities) with better infrastructure and audio-visual aids, powered by clean energy and providing an improved environment for early child development. About 200,000 anganwadis will be upgraded under the program.

The minister added that the energy efficiency and savings measures would be promoted to address the need for energy saving. This will be done in large commercial buildings through the Energy Service Company business model. It will facilitate capacity building and awareness for energy audits, performance contracts, and standard measurement and verification protocols.

In the Union Budget, the minister added that 5-7% of biomass pellets would be co-fired in thermal power plants, which would help the farmers reduce pollution levels. This will also provide extra income to farmers and job opportunities to locals and help avoid stubble burning in agriculture fields.

The ‘Special Economic Zones Act’ would be replaced with new legislation that would enable states to become partners in developing enterprise and service hubs. This would cover all existing and new industrial enclaves to utilize existing infrastructure and enhance the competitiveness of exports optimally.

Also, in 2022-23, per the recommendations of the 15th Finance Commission, the states will be allowed a fiscal deficit of 4% of GSDP, of which 0.5% would be tied to power sector reforms, for which the conditions were already communicated in 2021-22.

“Our experience suggests that reasonable tariffs are conducive to the growth of domestic industry and ‘Make in India’ without significantly impacting the cost of essential imports. Accordingly, it is proposed to gradually phase out the concessional rates in capital goods and project imports and apply a moderate tariff of 7.5%. Certain exemptions for advanced machinery not manufactured within the country would continue,” the finance minister added in her budget speech.

To reduce indirect costs for suppliers and work contractors, the use of surety bonds as a substitute for bank guarantees would be made acceptable in government procurements.

The minister added that the anti-dumping duty and countervailing duty on stainless steel, bars of alloy steel, and high-speed steel were being revoked in larger public interest considering the high prices of metals.

In last year’s budget, the finance minister had announced a revamped reforms-based result-linked power distribution sector program expected to be launched with an outlay of ₹3.05 trillion (~$41.92 billion) over five years.