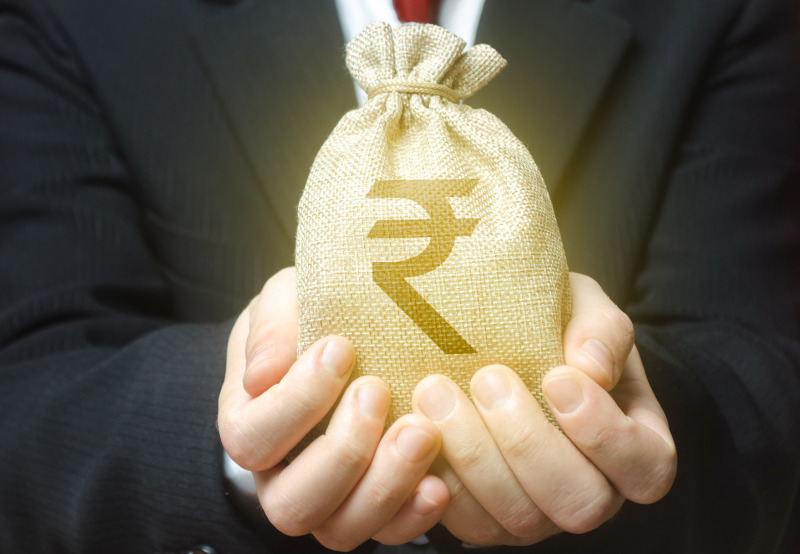 The 2021-22 Budget tabled in the Parliament by the Finance Minister, Nirmala Sitharaman, has received a mixed response from stakeholders in the energy sector. While the massive outlay for revamping the power distribution sector was lauded across the board, the response to the Budget proposals from the renewable energy sector was not too enthusiastic.

The industry is positive about the Budget outlays for Solar Energy Corporation of India (SECI) and Indian Renewable Energy Development Agency Limited (IREDA).

Some of the key proposals in the Budget include:

The finance minister also said that a phased manufacturing plan for solar cells and solar modules would be announced soon to build up India’s solar capacity.

Some of the major budget outlays in the power sector include the ₹26 billion (~$356 million) for solar power and ₹11 billion (~$150 million) for wind power. The largest outlay was for the Integrated Power Development Scheme (IPDS), which received a whopping $53 billion (~$724 million). One of the main programs of IPDS is smart meter installations.

Mercom spoke with several stakeholders in the solar industry to get a sense of the market sentiment.

Jaideep Mukherji, Chief Executive Officer, Smart Power India, told Mercom that the budgetary allocation of ₹3.05 trillion (~$41.92 billion) for the power sector would help the sector upgrade its infrastructure and address the challenges, especially at the distribution level.

“The proposal to create a framework for the distribution space, once implemented, will promote healthy competition among DISCOMs and help consumers have access to multiple service providers to choose from with an improved focus on traditionally weak areas such as metering, billing, collection, and grievance redressal,” he said.

Prabhajit Kumar Sarkar, MD & CEO, Power Exchange India Limited, said that the Budget had given a big push to the power sector by the massive package for power distribution sector scheme.

“We welcome this move as it is expected to assist DISCOMs for infrastructure creation tied to financial improvements, including prepaid smart metering, feeder separation, and up-gradation of systems. Additionally, the government’s proposed framework to give consumers the choice of more than one DISCOM was a much-needed move. It will help enhance efficiency in the power distribution sector, induce fair competition, and address monopoly concerns.

S N Goel, Chairman, Indian Energy Exchange, said that while the fine print and details of the Budget are awaited, the announcements are forward-looking. If implemented earnestly, it can potentially transform the energy sector.

“The proposed distribution reforms package to promote competition, enable consumers to choose their DISCOM, and increase penetration of automation and technology will go a long way in restoring financial viability and infusing greater efficiency in the sector.”

Saif Dhorajiwala, Co-founder, and Executive Director, Fourth Partner Energy, said that the power connection portability was an encouraging announcement. “Creating the enabling framework to provide consumers an option to choose their power distribution company will take time to implement, but it will undoubtedly strengthen India’s energy sector.

Gagan Vermani, CEO and Founder, MYSUN, said, “In the larger power picture, the decision to break the monopoly of the DISCOMs is a welcome move, though how soon this will be actioned and completed is to be seen.”

Funding for SECI and IREDA

Hartek Singh, CMD of the Hartek Group, said, “We welcome the Budget proposal for infusing ₹10 billion (~$137 million) as additional capital to SECI and ₹15 billion (~$205.6 million) to IREDA. We are hopeful that this monetary boost will help capitalize on the emerging energy transition trends effectively.

Shobhit Kumar, Director, Oakridge Energy, concurred with Hartek Singh. “Significant budgetary allocations have been made to SECI and IREDA, which will greatly enhance their ability to act as effective nodal agencies for renewable capacity addition.”

Imaan Javan, Director of Operations, Suntuity REI, described the Budget as forward-looking. It would help the solar industry grow, multiply employment opportunities and empower India to compete globally, “The ₹10 billion (~$137 million) fund allocation to SECI will bring in the much-needed respite.”

However, according to Animesh Damani, Managing Partner, Artha Energy Resources, “The allocation of ₹ 25 billion (~$341 billion) fund to SECI and IREDA (cumulatively), is a play on optics and is yet again, not likely to benefit the private players. Moreover, the silence of the authorities on the GST front has now become a cause for concern. If introduced, GST would potentially generate revenue for the government and aid private players.”

Gagan Vermani said that the Budget was a mixed bag for the solar sector. “There is no clarity on how the funds allocated to SECI and IREDA would be utilized.”

The announcements about raising customs duty on solar inverters received a mixed response. While some felt that the move would promote domestic manufacturing, others said that it could put off consumers opting to go solar because the cost of solar inverters could go up.

Imaan Javan said, “No customs duty on imported modules and cells will give developers the impetus to take up more projects, thus enabling India to achieve the ambitious target of 175 GW by 2022.”

Jeetender Sharma, Founder & Managing Director, Okinawa Autotech, said that the Budget effectively sets the roadmap for the next five years with a slew of overall economic growth measures.

“The increase in customs duty on automobile parts will rightly encourage domestic manufacturing. All in all, the Budget is rewarding. However, the pandemic has had an inevitable impact on the auto industry, and we were also expecting the government to look at reducing the GST and reconsider the current taxation framework applicable to raw material and the final product in case of EVs, which could have provided the much-needed impetus to the industry.”

Saif Dhorajiwala said that the government had delivered a balanced budget for the renewables sector. “The solar industry welcomes the announcement of 20% BCD on inverters and 15% on lanterns. The finance minister has indicated ramping up domestic manufacturing of cells and panels in a phased manner, which is the right approach. It reflects the growing maturity of the renewables sector and the need to be ‘Aatmanirbhar’ (self-reliant) for key components across the value chain,” he said.

However, not all were impressed by the Budget proposals.

Animesh Damani said, “The FY 2021-22 budget has left the non-utility solar players to fend for themselves. Adding to the misery is the capped net metering of 10 kW, which is likely to impact 70% of the rooftop solar business. The government’s stance to raise import duties on solar inverters will further discourage potential investment in the solar development segment and adversely affect employment.”

Gagan Vermani echoed Damani’s views. “The import duty on solar inverters was increased from 5% to 20%, which could perhaps raise the cost for those considering going solar. With the domestic market for inverters very much a work in progress, moves like these can potentially be a cause of concern.”

Gyanesh Chaudhary, Managing Director of Vikram Solar, said that he was looking forward to the details on the phased manufacturing plan for solar cells and solar panels. “The RE sector, especially the solar industry, was hoping for more support from the Budget on implementation of the Basic Customs Duty (BCD) with an exemption for SEZ-based manufacturers, 5% Interest, etc.”

Nikunj Ghodawat, CFO, CleanMax, termed the higher duty on inverters negative but felt that its impact would not be much.

Stakeholders wholeheartedly welcomed the announcement on setting up the Hydrogen Energy Mission to generate hydrogen from green power sources.

Green hydrogen is a nascent and emerging technology, but the country needs to be future-ready to achieve our energy transition goals. We look forward to the launch of the National Hydrogen mission next fiscal, Saif Dhorajiwala said.

According to Animesh Damani, the only silver lining in the Budget is the government’s taking note of the Hydrogen Energy sector. “We hope for it to have a serious outlay. This, in turn, is likely to prompt Indian players in the sector to take the lead globally.”