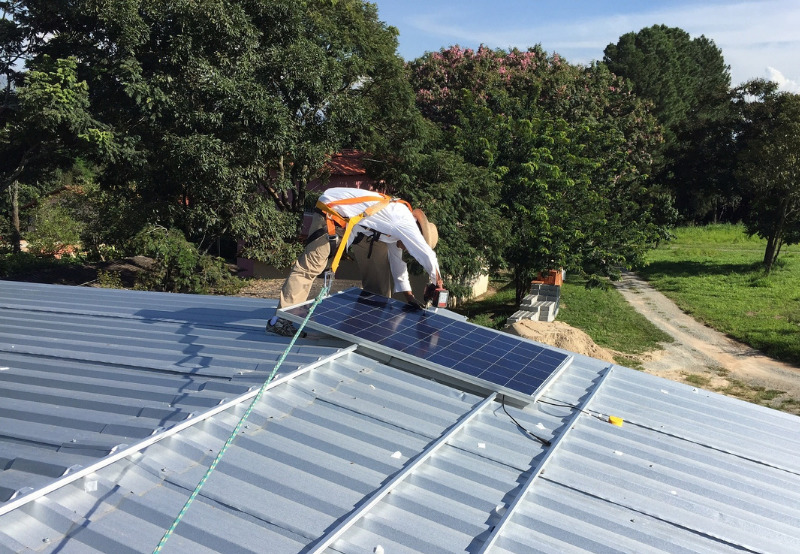 The Renewable Energy Association of Rajasthan (REAR) has written to the Rajasthan Renewable Energy Corporation (RREC), requesting a deadline extension for rooftop solar projects to allow the stakeholders to cope with the Covid-19-related constraints. Developers have also sought support from the nodal agency to complete the ‘Rooftop Solar Power Generation Program 2019-20.’

In the letter, REAR has stated that a considerable spike in virus cases was registered in the state due to the second wave of the Covid-19 pandemic. As a result, solar engineering, procurement, and construction (EPC) service providers and developers are witnessing a scarcity of material, labor, and funds, forcing them to put projects on hold.

The REAR, in its letter, has provided a list of requirements before the RREC, which they feel is needed for the successful completion of the program.

The REAR has stated that owing to the high number of Covid-19 infections, the strict lockdown imposed by the Rajasthan government until May 24, 2021, could be further extended. They have argued that the curbs would leave the empaneled vendors under the ‘Rooftop Subsidy Scheme’ with no other option but to wait for the situation to improve before they resume work. REAR also highlighted that the project developers are neither able to procure the raw material nor have access to labor.

The projects that fall under the Ministry of New and Renewable Energy (MNRE) Phase-II mandates modules under the domestic content requirement (DCR) category. Due to scarcity of raw material and supply-chain disruption, an abnormal price hike is on the cards for all necessary raw material and equipment such as DCR modules, inverters, structures, etc.

Citing that the situation is common across the country, the REAR wrote to the MNRE, requesting an extension in the scheduled commissioning date.

The REAR also wrote to the MNRE, claiming that the developers and EPC service providers face a scarcity of components apart from labor and funds shortage, and requested the Ministry to grant them an extended window of three months to help them complete their projects.

Earlier this month, the MNRE, in its latest notification, stated that the renewable energy projects having their commissioning dates on or after April 1, 2021, can claim extension owing to the second surge of the Covid-19 pandemic. The extension was directed towards large-scale projects.

Waiver from pre-dispatch inspection of modules

Amid the lockdown last year REAR had requested MNRE to allow online pre-dispatch inspections (PDI) of the DCR certified solar modules considering the safety of all vendors.

According to REAR, vendors have been performing PDI of the maximum capacity and left with minor capacities, and in most cases, it is the additional allocated capacity for PDI.

Since the vendors are procuring the modules from the same manufacturer where the PDI has already been conducted at least once, the REAR has requested a waiver from PDI considering the force majeure and exceptional circumstances.

A similar PDI waiver, including a PDI waiver for additional purchase from the same manufacturer, was implemented under previous programs, REAR said. Since most manufacturers are included in the Approved List of Module Manufacturers (ALMM), a PDI waiver can be introduced, as the MNRE performs sufficient due diligence and inspections before enlisting manufacturers under ALMM.

According to REAR, the module rates have been hiked due to the supply-demand gap, adding more financial burden on vendors. Despite these issues, vendors are eager to complete their projects but expect support from the nodal agency.

An alternate method for project inspection

Physical inspection of many projects is pending due to various restrictions by the government amid the pandemic. Lack of manpower at RREC and the unwillingness of beneficiaries to entertain anyone at their premises due to a surge in the virus cases have added to the existing hurdles. The REAR further noted that the inspector and vendor could be at risk if they need to inspect an installation where there are Covid-19-positive cases since it is a residential rooftop solar program.

REAR has, therefore, requested the nodal agency to devise an alternate method to conduct project inspection such as a video inspection using timestamps, among other alternatives.

Earlier, REAR had also complained that the Rajasthan Renewable Energy Corporation had stopped accepting and approving detailed project reports (DPRs) for rooftop solar projects after December 10, 2020, without notice. REAR said that installers had been receiving inquiries from beneficiaries under the state subsidy program following news reports, but the RREC’s decision to stop accepting DPRs had left them in a difficult position.