The last date for submitting the bids is October 19, 2020

The Uttar Pradesh Jal Nigam has invited bids to develop a 2 MW solar power project at the water treatment plant at Bhelpur in Varanasi. The scope of work will include the survey, investigation, supply, construction, installation, testing, and commissioning of the project along with a 3,000 KVA, 0.415 kV/33 kV electric substation. The contract will also include a four-month trial and run period and a two-year defect liability period.

Interested bidders will have to submit an amount of ₹1.66 million (~$22,523) as the earnest money deposit (EMD). The project should be completed within a year from the commencement date, excluding the four-month trial run period followed by two years of defect liability period.

As per the tender document, the bidder should have completed projects of at least two-third capacity of the tendered solar project, which would be 1.32 MW.

Similarly, the bidder should have also completed 2000 kVA of substation projects (two-third of the tendered capacity). They should have laid down at least 660 meters of high-tension cable, and should also have done SCADA (supervisory control and data acquisition) integration work.

According to the document, the modules’ efficiency for the project should be more than 16.5% for multicrystalline and 17% for monocrystalline. The modules’ fill factor should not be less than 70%, and the minimum module rating should be 325Wp.

Last year, the state had also announced a tender to develop a 1.8 MW solar project at a waterworks site located in Gomti Nagar, Lucknow. 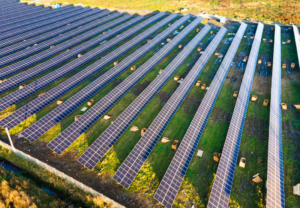