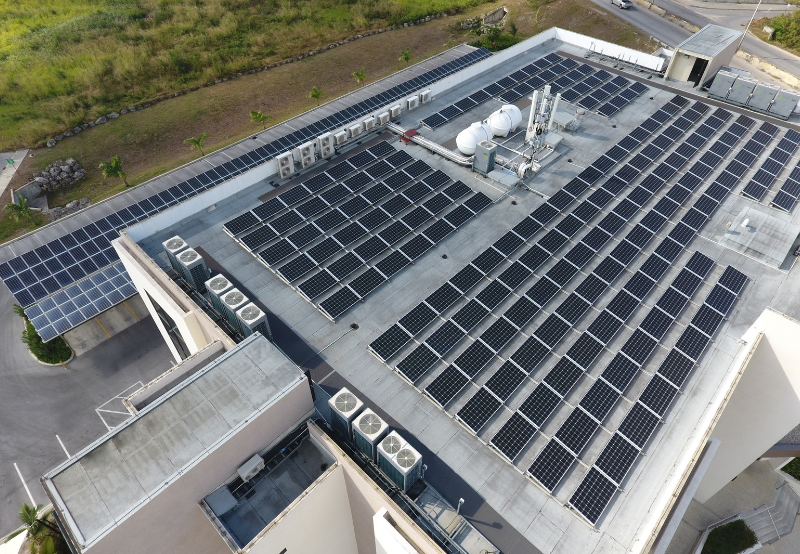 The estimated cost of the project is ₹400 million (~$5.02 million), and the project must be completed within four months from the award.

Bidders will have to submit ₹208,000 (~$2,608) as an earnest money deposit. The successful bidder will have to furnish a security deposit at 10% of the allotted work order value on or before 15 days from the issuance of the work order.

The successful bidder will also have to furnish an amount equivalent to 5% of the allotted work order as the performance bank guarantee valid for five years on or before the release of payment for the installation.

The rooftop solar systems have been categorized into four groups as given below: 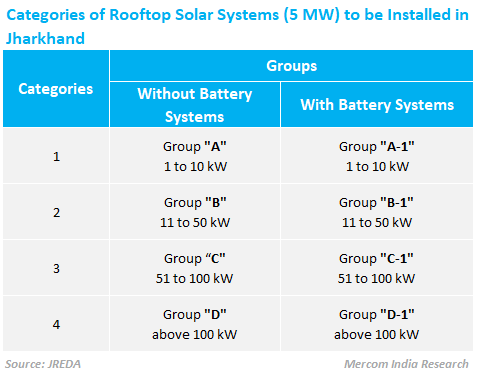 Bidders should have successfully executed three similar works or one similar work equal to the maximum capacity under each category during the last five years.

For micro and small enterprises (MSEs), bidders should have completed two similar works or one similar work equal to maximum capacity under each category during the last five years.

For new MSEs, the average annual turnover should be at least 10% of the project’s estimated cost.

Bidders should have a positive net worth during the last three financial years.

If the supplier fails to complete the work on time, liquidated damages at 1% per week, subject to a maximum of 15% of work value delayed beyond the contract period, will apply.

The rating of each module should not be less than 335W under standard test conditions, and the efficiency of modules should be greater than or equal to 17%.

In March this year, JREDA invited bids to empanel agencies to design, install, and commission 5 MW of grid-connected residential rooftop solar systems of various capacities in Giridih city of Jharkhand.

Earlier, JREDA had invited bids for the design, manufacture, testing, installation, and commissioning of 6 MW of grid-connected rooftop solar projects on government buildings in the state.

According to Mercom’s India Solar Tender Tracker, Jharkhand has issued tenders for 108 MW capacity of rooftop solar systems to date.