The company is planning to develop aluminum fuel cells

Bengaluru-based fuel cell startup Log 9 Materials has announced that it has secured $3.5 million in the latest Series A round of funding led by Exfinity Venture Partners and Sequoia Capital India.

The company is planning to use the money to develop and deploy aluminum fuel cells, which the company has been working on since last year. The aluminum-air batteries generate electricity from aluminum and oxygen reaction. The technology used in the battery is similar to hydrogen fuel cells, and at the same time, it is safer and more economical, according to the company.

Speaking about the company’s plans, CEO of Log 9 Materials, Akshay Singhal said, “The ultimate objective is to transition towards an aluminum-based cleaner energy economy that will shift our dependence from crude oil and fossil fuels for energy generation and storage.”

Amara Raja Batteries and Exide largely dominate the Indian battery segment, and smaller players are trying their best to come up with innovative products and carve a niche for themselves. Log 9 is also in the process of developing technology for electric vehicles (EVs), and it is expected to hit the market in the next 18-24 months.

Speaking about the latest round of funding, director of technology at Sequoia Capital India, Anandamoy Roychowdhary said, “Their technology can help us harness aluminum and will result in a 100% recyclable energy future that is safe, free of distribution calamities risk and generates zero waste – and hence fully sustainable.”

The introduction of electric vehicles has changed the face of the battery segment, and the Indian automotive sector has started to feel the effects of this change. Research has picked up in this sector aimed at improving lithium-ion batteries and fuel cells.

It was reported earlier that the Ministry of New and Renewable Energy (MNRE) had issued guidelines for the import of secondary cells and lead-acid and nickel-based batteries used in solar project development. This notification is concerning its earlier regulation for solar PV systems, devices, which was passed in 2017. MNRE has now clarified that batteries of lead-acid or nickel-based chemistry type are covered under the Indian Standard (IS) 16270 for storage batteries that are used in solar projects.

Previously, the government issued a proposal to set up a national mission on transformative mobility and battery storage initiatives. The Cabinet has also approved the creation of the Phased Manufacturing Program (PMP) to support the development of large-scale, export-competitive integrated batteries and cell-manufacturing giga-scale projects in India. The Phased Manufacturing Program will be valid for five years until 2024 and help in localization of production across the entire electric vehicle value chain. The program is expected to be finalized by the national mission on transformative mobility and battery storage.

Unlike for solar components, battery testing guidelines are being established before the announcement of the national mission for battery storage. 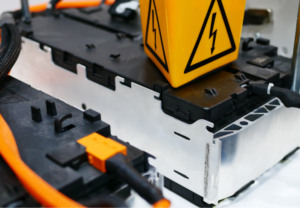 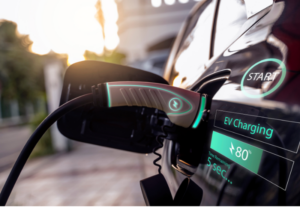