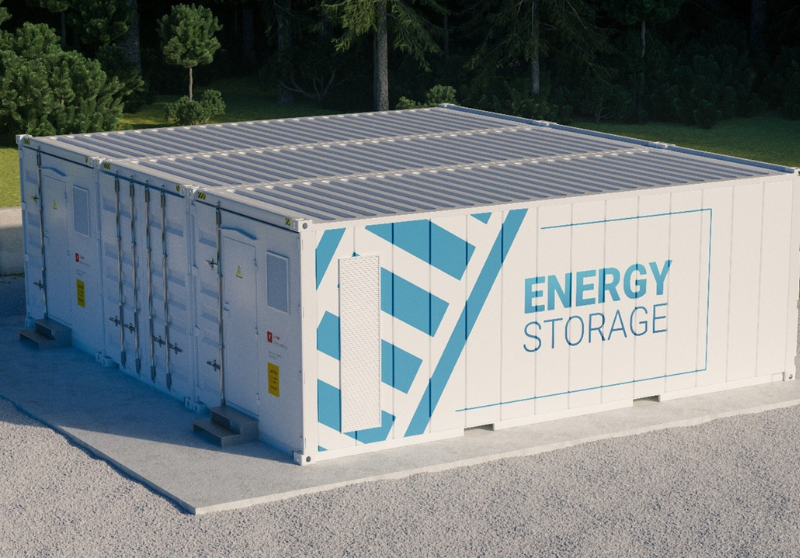 If heating and cooling loads are excluded from backup, small behind-the-meter Solar Photovoltaic plus Energy Storage Systems (PVESS) with just 10 kWh of storage can fully meet backup needs over a three-day outage in virtually all U.S. counties in any month of the year.

The findings were part of a Lawrence Berkeley National Laboratory study considering a set of 10 historical long-duration power outages and evaluating how PVESS could have provided backup power during those events.

Backup performance across battery size, for critical load with heating and cooling 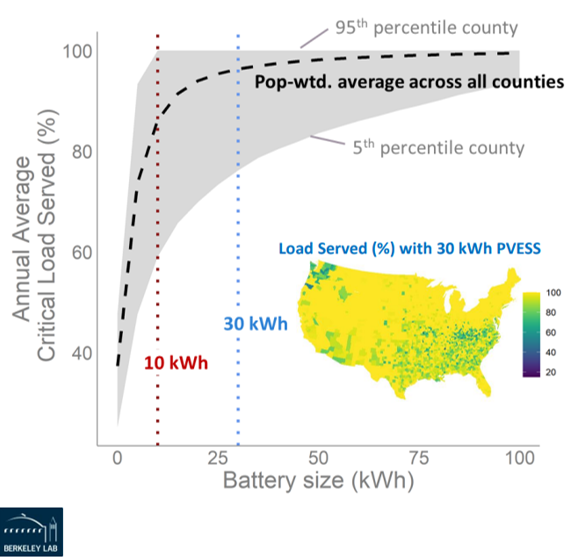 Performance tends to be lowest in regions where electric heating is common, like the southeast and northwest. It is also low in regions with large cooling loads like the southwest and parts of the southeast. The results are based on the existing U.S. building stock, where electric space heating consists primarily of electric resistance-based heating rather than heat pumps, and on typical battery sizing currently in the market.

The study found that for a PVESS with 30 kWh of storage and critical loads that include heating and cooling, backup performance drops from a population-weighted average of 100% of critical load served for a 1-day outage to 92% for a 10-day outage.

In seven of the ten historical outage events analyzed, most homes would have been able to maintain critical loads with heating and cooling using a PVESS with 30 kWh of storage.

The hurricane events were the lowest performing among the various event types sampled, and performance varied considerably across those events. The dip in performance of PVESS can be because hurricane events often include periods of reduced solar insolation levels due to cloud cover. Of the five hurricane events analyzed, backup performance was lowest for Hurricane Florence, where almost no PV generation occurred over the first three days of the ~8-day outage.

According to global research and consultancy firm Wood Mackenzie, the U.S. energy storage system market registered a record growth in new system installations with 4,727 MWh in the fourth quarter (Q4) of 2021.