Assessing the Interactions of Solar With the Power System

Solar deployment in CAISO far exceeds the level in other ISOs 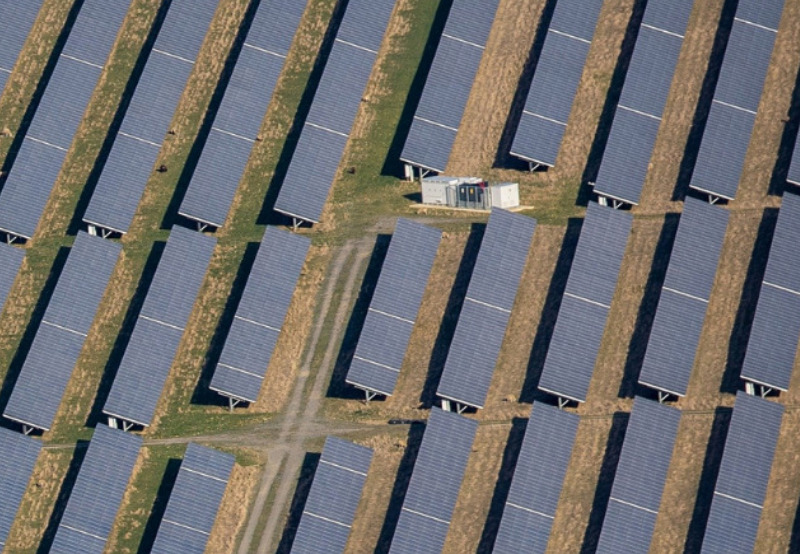 The report analyzed the seven organized U.S. wholesale power markets based on historical hourly solar generation profiles for each plant larger than 1 MW or county-level aggregate profiles for smaller solar. 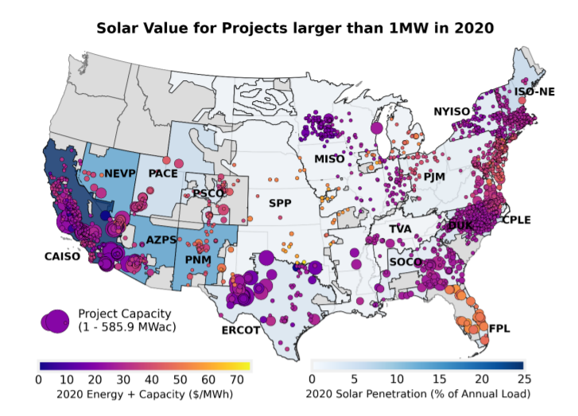 It presents a limited set of results for ten utilities outside the independent system operator (ISO)/regional transmission organization (RTO) markets. The report finds that solar deployment in the California Independent System Operator (CAISO), where solar generation was equivalent to 21.2% of the annual load in 2020, far exceeds the level in other ISOs. The New England Independent System Operator (ISO-NE) has the second-highest penetration, with solar generation equivalent to 5.2% of the annual load in 2020.

In 2020, the U.S. annual electricity load declined by 4%, and wholesale energy prices fell to their lowest level in more than a decade. The average energy value spans $21/MWh in CAISO to $24/MWh in Southwest Power Pool.

However, by 2020, solar’s value was 30% lower than a flat block of power’s value because of a solar-induced shift in the timing of high and low energy prices and a reduction in solar’s capacity credit. In contrast, the market values of solar in regions where solar penetrations were low did not decline relative to average prices.

In CAISO, the net load has shifted to resemble the “duck curve,” particularly low net load during spring days and high ramps in the evening. Similar patterns emerge in real-time prices, with lower prices during the day and higher prices in the early evening. Ancillary service requirements, particularly regulation reserves, have increased during the day, as have regulation prices.

Negative real-time prices during low net load days in the spring suggest growing challenges with providing flexibility. However, broader shifts in the system—including increasing participation of western utilities in the Western Energy Imbalance Market and variations in hydropower levels—appear to have mitigated some challenges in 2020 relative to 2017, even with more significant solar deployment in 2020. Impacts on the net load shape from solar are similarly evident in several non-ISO utilities in the Western U.S., such as Arizona and Nevada. Solar impact on the bulk power system is less noticeable due to much less solar deployment in the other ISOs.

In an earlier report, Berkely lab researchers found that solar photovoltaic power demand has increased due to favorable policies, technological advancements, cost reduction, and clean energy uptake. However, without storage deployment or an increase in price-responsive load, growth in P.V. capacity is accompanied by lower wholesale prices.

Recently, the U.S. Department of Energy Solar Energy Technologies Office and the National Renewable Energy Laboratory stated that solar could account for as much as 40% of the nation’s electricity supply by 2035 and 45% by 2050.